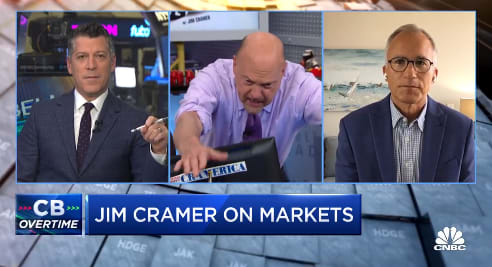 I couldn’t help but let out an audible sigh this weekend, sitting at my desk by myself, after stumbling on a video of an exasperated Jim Cramer, late last week, proclaiming that he thought the bear market was over.

In a tweet with attached video of Cramer’s tirade, CNBC described it as a “bold call”.

I describe it as the same old shit we have heard for decades, while monetary policy and a rigged economic system that hinges on the dollar retaining its reserve status globally force the stock market to blow off higher like a 2 litre bottle of Coke that the Fed keeps shoving Mentos into.

For Jim Cramer, and countless scores of other analysts and market participants (including some of the finest investors of our time, like Warren Buffet), the sum total of every investment recommendation or decision they’ve made, even if most of them have been “right”, have rested upon certain assumptions.

Just as we all assume the sun is going to rise tomorrow when we wake, investment professionals assume that at the very foundation of our country’s economy, monetary policy and the U.S. dollar will stay the same. This is what leads industry “professionals” to constantly reiterate that everything is going to be OK and that stocks will be a certainty in the long term.

How many times have you heard people “debunk” Austrian economists and skeptics by saying: “Well, if the currency collapses we’re all going to have bigger problems than the stock market anyway, so who cares?”

This ignoratio elenchi (from the Latin “dumb ass shit”) to a legitimate argument is the result of a mix between decades of positive reinforcement and plain old ignorance, whether intentional or not, of circumstances that could potentially derail the assumption that they may not even know their analysis is based on.

I spent part of the same morning this weekend reading news about Hunter Biden’s connections to biolab funding in Ukraine, as was reported by the New York Post.

It made me think about how the media blackballed the Hunter Biden laptop story when it first came out in 2020 and, similarly, how financial media basically blackballs any opinion that doesn’t carry a narrative that “the system is fine as it is” and that our dollar and monetary policy should never be challenged.

For the market, truth will come not just because dissenters to the system will get their opinions out there, but also because the market and the global economy, as much as government and Central Banks may not like it, are mathematical systems that play by finite cause-and-effect style quantitative rules that simply don’t allow the truth to be hidden for long.

While we may be able to scramble and use monetary policy bubble gum to cover up one hole after another in the leaking dam that is our Potemkin economy like Chevy Chase did in Vegas Vacation, the mathematical certainties of economics – even with the government and Central Banks gaming the rules as much as humanly possible – will still wind up winning the day. The dam is eventually going to break.

As I wrote last week, the unavoidable mathematical truth of the situation is that, even putting Russia aside, inflation and rate hikes are going to make for an unprecedented and treacherous combination that will result in circumstances that many investment advisors have never seen throughout the course of their careers.

While I often direct ire toward younger investors because they don’t have the track record or financial sophistication to understand that things may very well “be different this time”, but in a bad way, I thought this weekend that there are tons of industry veterans, especially those on the sell side and in the newsmedia, that are also going to be in for a rude awakening this time.

I’ve met these “industry veterans”, too. When I first started in the industry, I used to mill around financial conferences in New York City, talking to analysts and company executives that were far older than me, had decades more experience than I did, and came off as though they had been extremely successful. Usually, after just moments of speaking to them, the conversation would become mind-numbing, forcing me to engage in the obligatory formality of hurriedly exchanging business cards and then promptly retreat to the warm, familiar safe haven of community cocktail peanuts and a pilsner beer by 11AM at whatever Hilton, Sheraton or Marriott bar was closest.

“How’s the conference going?” the daytime bartender, almost always sporting a vest, bowtie and nametag, would usually ask in a way that implied that even for the tan-lined and coked up world of Wall Street, pounding a Peroni at 11AM on a Monday likely meant the week hadn’t started off in dazzling fashion.

The lack of basic financial knowledge and rudimentary understanding of economics that many of these people I would speak to was a total mindfuck. In fact, it was one of the reasons that I wanted to start writing and podcasting about financial to begin with. I honestly couldn’t believe that this tepid puddle of ignorance and misunderstanding could just be left to sit for so long, especially given the number of “learning experiences” we’ve supposedly had from financial crises over the last few decades.

Today, for the world of all market participants – the sell siders, the CNBC anchors, the tattooed bloggers, the OnlyFans chick-turned day trader, the bond traders, M&A specialists, SPAC sponsors – one must contrast this tepid complacency alongside all of the truly incredible “firsts” that we are experiencing. We’re expecting the status quo while staring directly in the face of symptoms of a forthcoming, Cloverfield-monster style market shock that somebody like Jim Cramer obviously doesn’t think deeply about when making a statement like he did this past weekend.

If you ask me, I still think we’re in the very early stages of a much larger, seismic shift not only in monetary policy in our markets, but in the state of the US economy. I think it’s possible that we’re in for a sea change that is so large, that it would be foolish to expect industry participants, who have relied upon the same assumptions for decades, to consider it as a possibility.

The signs and symptoms I’m paying attention to are as follows (read this list slowly, and take it all in):

But hey, Jim Cramer says he thinks “the bear market is over”. He’s on CNBC. I’m not.

If you enjoyed today’s piece and have the means to support Fringe Finance, I’d be honored to have you as a subscriber. If not, feel free to share: Subscribe now || Share 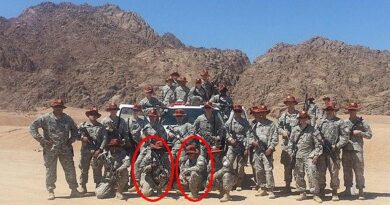 ‘Keep your mouth shut!’ Army veterans recount how they were told to stay quiet after encounter with ‘alien craft’… 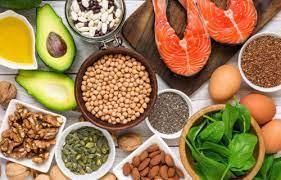 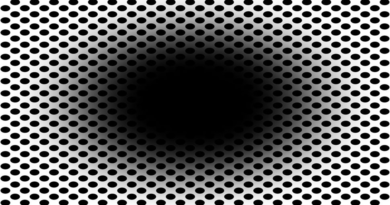