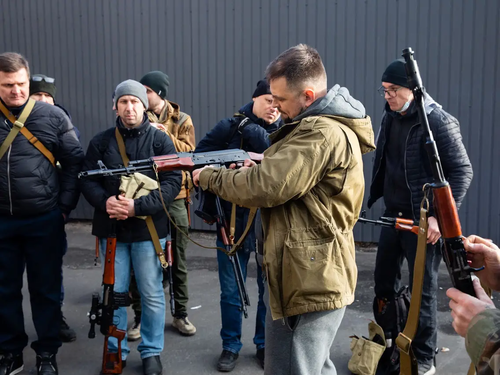 In Sunday comments Ukrainian President Volodymyr Zelensky stepped up his calls for the West to provide his forces with more planes, tanks and other weaponry, which comes the day after Biden’s fiery speech from Warsaw condemning Putin and which suggested that regime change in Moscow is a Washington end goal.

“What is the price of this security? This is very specific. These are planes for Ukraine. These are tanks for our state. This is anti-missile defense. This is anti-ship weaponry,” Zelensky said in a video posted to Instagram.

“This is what our partners have. This is what is covered with dust at their storage facilities. After all, this is all for freedom not only in Ukraine — this is for freedom in Europe,” he said, while reiterating his prior call for NATO to provide one percent of military items it has at its disposal.

He further boldly suggested that lack of enough military aid from the West means Russia still has too much influence: “So who runs the Euro-Atlantic community? Is it still Moscow because of intimidation? Partners need to step up their assistance to Ukraine,” Zelensky asserted.

Later in the day Reuters cited Ukraine’s president as saying he “understands it’s impossible to force Russia completely from Ukrainian territory, would lead to third world war” – which is likely why that rhetoric was noticeably absent when during his virtual address last week to the NATO summit in Brussels.

We’ve lost #Mariupol. Russians destroyed one of the largest cities in the Eastern Ukraine, 500,000 residents lived there before 2402. After a month of the war: Buildings without damage – 0. Citizens killed – more than 3,5 thousands. Thousands injured.

As Russia-Ukraine talks are set to resume Monday, Zelensky also added that a comprehensive deal with Russia is only possible “if troops are withdrawn.” He said that he’s still willing to dialogue over Ukraine’s neutrality, which he is ready to offer continued on a Russian troop withdrawal.

Bloomberg in a Sunday report writes of the resumption of Ukraine-Russia negotiations:

German FinMin Lindner apparently told Ukraine’s ambassador ⁦@MelnykAndrij⁩ on the day of the invasion there was no point in sending Kyiv weapons because “you’ve only got a few hours left” before Moscow installs a puppet govt.https://t.co/Apz0tDclMS pic.twitter.com/jMSicZIbFh

The White House has been busy attempting to downplay and walk back Biden’s Saturday statement which said Putin “cannot remain in power”. Secretary Blinken was among those officials who attempted to explain… “I think the president, the White House, made the point last night that, quite simply, President Putin cannot be empowered to wage war or engage in aggression against Ukraine or anyone else,” Blinken said, however it seems few are convinced by this. 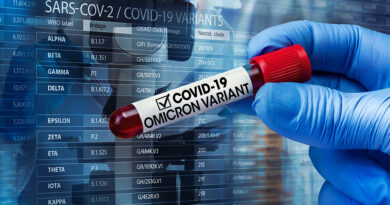 Watch Live: Biden Calls For Tax Hikes On Corporations And Ultra-Rich In 2023 Budget