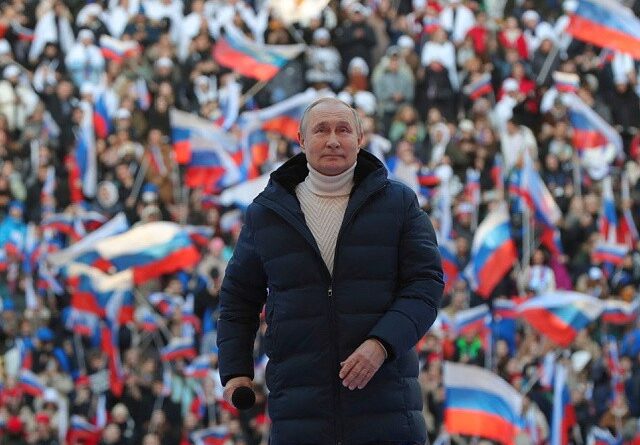 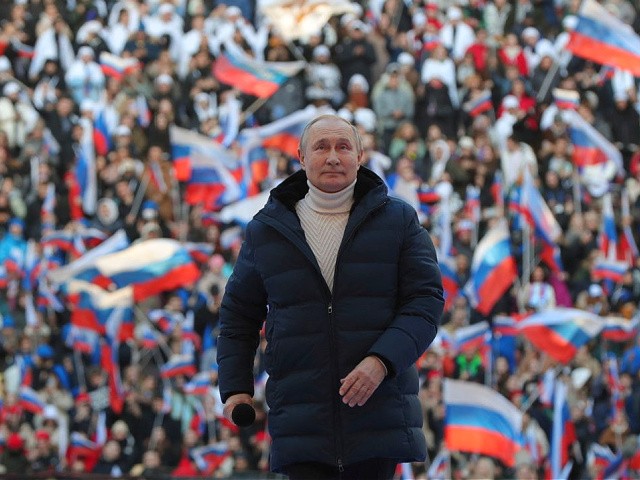 VERDICT: False. Biden and multiple senior members of his administration claimed repeatedly that sanctions were meant to deter Putin from invading Ukraine.

Biden said in Brussels on Thursday, “I did not say that, in fact, the sanctions would deter him [Putin].”

However, as far back as January 19, Biden was explaining how the threat of sanctions would deter Putin.

A reporter asked Biden at a press conference that day, “Given how ineffective sanctions have been in deterring Putin in the past, why should the threat of new sanctions give him pause?”

Biden responded, “Well, because he’s never seen sanctions like the ones I promised will be imposed if he moves.”

Then on January 23, Secretary of State Antony Blinken said on CBS News’s Face the Nation, “As to the sanctions, the most important thing we can do is to use them as a deterrent, as a means of dissuading Russia from engaging in further aggression. Once sanctions are triggered, you lose the deterrent effect.”

On February 3, State Department Press Secretary Ned Price said sanctions were part of measures “to deter what could be additional Russian aggression.”

On February 7, Josep Borell, high representative of the European Union for foreign affairs and security policy, said about sanctions at the State Department while standing next to Blinken, “We want to make clear, what would be the consequences of some actions. Because this is the deterrence part of the diplomatic talks.”

On February 11, National Security Adviser Jake Sullivan told reporters, “The president believes that sanctions are intended to deter.” And in order for them to work — to deter, they have to be set up in a way where if Putin moves, then the costs are imposed. We believe that that is the right logic.”

Sullivan: “The President believes that sanctions are intended to deter. And in order for them to work – to deter…” pic.twitter.com/3qjXdLUMuM

On February 20, Vice President Kamala Harris said in Munich, “The purpose of the sanctions has always been and continues to be deterrence.”

On February 20, Blinken said on Face the Nation about sanctions, “The purpose of that is to do everything we can to deter it, to prevent a war, to deter the aggression. And we don’t want to pull the trigger until we have to because we lose the deterrent effect.”

Also on February 20, Blinken said on NBC News’s Meet the Press, “We’re going to try everything we possibly can to get President Putin to reverse the decision we believe he’s made and to dissuade him. Part of that is the prospect of massive sanctions.”

He added, “We’re trying to prevent a war. As soon as you trigger the sanctions, of course, any deterrent effect they may have is gone. They get absorbed by President Putin and he, and he moves on.”

Blinken also told CNN, “The purpose of the sanctions in the first instance is to try to deter Russia from going to war.”

Secretary Blinken told CNN on the same day, “The purpose of the sanctions in the first instance is to try to deter Russia from going to war.” 3/3

On February 22, Daleep Singh, the Biden administration’s deputy national security adviser for international economics, said at the White House, “Sanctions are not an end to themselves. They serve a higher purpose. And that purpose is to deter and prevent.”

On February 24 — the day that Russia invaded Ukraine — Singh pivoted.

He defended not imposing sanctions beforehand and said sanctions were “ultimately” about making the invasion a strategic failure for Russia.

“Had we unleashed our entire package of financial sanctions preemptively, I think a couple of things might have happened. Number one, President Putin might have said, look, these people are not serious about diplomacy. They’re not engaging in a good faith effort to promote peace. Instead, they’re escalating. And that could provide a justification for him to escalate and invade,” he said.

“Secondly, he could look at it as a sunk cost. In other words, President Putin could think I’ve already paid the price. Why don’t I actually take what I paid for, which is Ukraine’s freedom,” he said, before pivoting.

“So that’s what we wanted to avoid. Look, ultimately the goal of our sanctions is to make this a strategic failure for Russia.”

Russian President Vladimir Putin attends a concert marking the eighth anniversary of Russia’s annexation of Crimea at the Luzhniki stadium in Moscow on March 18, 2022. (Photo by MIKHAIL KLIMENTYEV/SPUTNIK/AFP via Getty Images)

House Intelligence Committee Chairman Adam Schiff (D-CA) said on January 2 on Face the Nation, “I think that it would require enormous sanctions on Russia to deter what appears to be a very likely Russian invasion of Ukraine again.”

Meanwhile, many Republicans argued that the threat of sanctions was not enough to deter Putin and that they needed to be imposed before he invaded, not after.

“He wants to reclaim the old Soviet empire, and I don’t see a lot of deterrence, you know, on the table,” he added.

The Case for Alex Jones – Watch