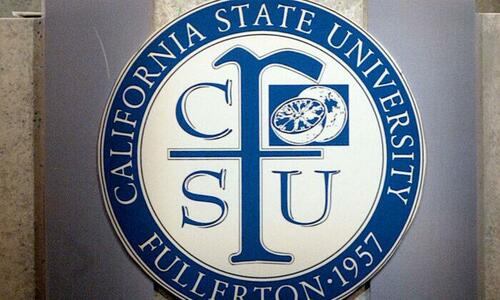 Commentary by James Breslo via The Epoch Times,

Chalk another one up for progressives never letting a good crisis go to waste. They have been using the COVID-19 crisis to implement a host of progressive dream programs, including government handouts, eviction protections, enhanced unemployment benefits, universal mask and vaccine mandates, and trillion dollar government spending packages.

A far more insidious, yet lesser known, COVID-19 era invention is the end of standardized tests like the SAT and ACT for admission into college. About 80 percent of universities in the United States eliminated the requirement during the pandemic.

Here is a typical statement: “The California State University understands the challenges that students are facing due to COVID-19. In response, the CSU has temporarily suspended the SAT or ACT test requirements only for students applying for admission in fall 2022 as freshman.”

But, surprise, what starts as temporary, suddenly becomes permanent. CSU, the largest public university system in the country, just made the change permanent, joining the more prestigious University of California system that made a similar announcement last year.

It is not hard to figure out what is behind this: “equity.” In November 2020, California’s radical left failed in their effort to lift the state’s ban on affirmative action in admissions to state schools and in state employment. The ban was first put in place through a vote of Californians in 1996. The effort to overturn it was rejected and by a wider margin (16 points). In defeating affirmative action twice, Californians have been clear: They oppose race or ethnicity playing a role in the admission of students to college.

But the California left does not let the will of the people, or the state Constitution, get in the way of implementing their radical agenda. They simply change the name from affirmative action to equity and keep right on going. Equity, as people are now learning, is not about treating people equally, but rather treating them unequally in order to achieve an equal outcome based on race or ethnicity or whatever other category the left decides needs its help.

The biggest impediment to implementing equity is a standardized test, so they got rid of it. And they are not trying to hide what they are doing. Acting CSU Chancellor Steve Relyea said the move “aligns with the California State University’s continued efforts to level the playing field and provide greater access to a high-quality college degree for students from all backgrounds.” He also said the test was too “high-stress.”

Robert Keith Collins, chair of CSU’s Academic Senate, said, “We all realized that in many cases, the disparities in terms of access outweigh the benefits of the SAT and ACT.”

So, while recognizing that the tests benefit the admissions process, he says they must be tossed out because they create disparities based upon race. He acknowledges that students will now be admitted who are not college-ready, but that professors “welcome the challenge of bringing new students up to college-level readiness.” Up to? The whole point of the admissions process is supposed to be to assure that incoming students are at that level!

But they do not care about the individual and why some are not able to attain a high level of achievement. Their only concern is that the numbers wind up equal in the end. The ACT’s statement in response to the decision gets it right: “Solving the prevailing, systemic education inequities that exist in this country requires attention and focus on root causes, rather than dismissing the tools that substantially improve our understanding of them.”

Because the University of California policy was implemented last year, we can already see its effects. I have friends with children at two very prestigious, and very expensive, private high schools. They borrowed and strained to get their children the best possible education, which in turn, they thought, would get them the best possible collegiate education. Children from these schools score very high on standardized tests because of the strenuous curriculum and their parents’ emphasis on education.

However, without a standardized test, a 3.5 grade point average at one of these schools is viewed the same as a 3.5 grade point average at a far less rigorous school. The admittance rate into the prestigious University of California campuses ends up being about the same from each high school, regardless of the quality of the students. According to one tweet on the subject, Brentwood High School, one of the most prestigious in Los Angeles, “is in chaos after almost zero white seniors got into UC schools.”

The message for parents? Do not bother spending the effort or money to have your kids go to the best school possible. The result for our country? Its inevitable decline due to the end of meritocracy and excellence.

Views expressed in this article are the opinions of the author and do not necessarily reflect the views of The Epoch Times.

Israel is hesitant about rapprochement with Turkey 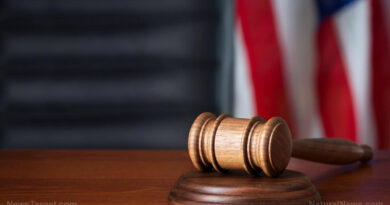