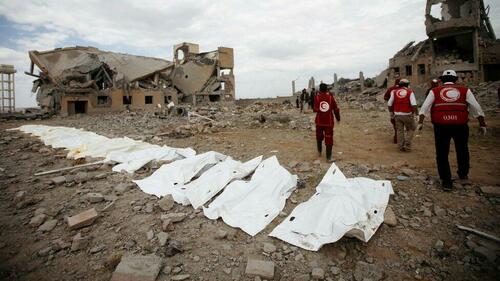 Authored by Walt Zlotow via AntiWar.com,

While the U.S. government and mainstream media rightly condemn Russia’s invasion of Ukraine, neither offer one iota of protest against US enabling of Saudi Arabia’s horrific war against neighboring Yemen that has killed over 400,000 and puts millions at risk of starvation.

The Saudis started the war 7 years ago this week by intervening in Yemen’s civil war to prevent an Iranian aligned faction from becoming their neighbor. For America it represents a proxy war against the hated Iranian regime.

America has been all in helping the Saudis with US made planes and bombs; refueling and maintenance help, and logistical support. Without US support the incompetent Saudi war effort would collapse, making America instrumental in the carnage and humanitarian catastrophe called the ‘worst in the world’.

A couple of years back Congress voted an end to American war crimes under the War Powers Act. Trump vetoed the measure and had enough friendly votes for more war crimes in Yemen from Congress to prevent an override. Biden came into office vowing to end it. But in a criminal and cowardly move, kept right on killing on in Yemen.

“Seven years ago today, the United States began unauthorized military participation in Saudi Arabia’s devastating war in Yemen. In the time since, Saudi Arabia’s airstrikes and air-and-sea blockade have cost hundreds of thousands of lives and threatened millions more with famine, triggering the worst humanitarian crisis in the world. On this grim anniversary – spanning seven years and three presidential administrations – we are calling for an immediate end to American involvement in the Saudi-led coalition’s brutal military campaign.”

While the US funnels in over a billion dollars in weaponry into Ukraine to keep the war there going on for 31 days now instead of promoting a negotiating settlement. US support for the Saudi slaughter of Yemenis continues into day 2,550.

Massive demonstrations in Sana’s in Yemen. After 7 years of war 380.000 deaths 23 million face starvation. Where’s the outcry? Where’s the politicians?? Or the celebrities? pic.twitter.com/yeGHCpmrPf

But turn on mainstream news and it’s all Ukraine 24/7. Not one peep about the Made In USA slaughter in Yemen. Maybe Russia took a cue from the worst when contemplating their criminal war. 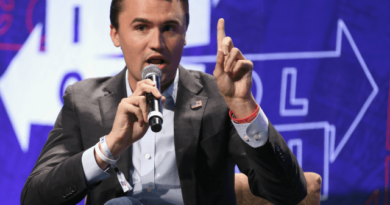