The canceling of all historical Russian culture is something I didn’t really see coming. Banning classical composers and literary works is just one of the few things that has taken me off-guard.

I know some people will be incensed by Putin comparing this to what the Nazis did. And indeed, it is unfair to compare Dostoyevsky to Jewish books about transsexualism that the Nazis burned.

However, I will note: I’ve made the same comparison, because there isn’t really anything else to compare it to. Whether you think the Nazis were right or wrong to burn all of that Jew pervert material, it did happen, and this is the only comparison we really have to what is being done to Russian works now.

Russian President Vladimir Putin has compared efforts by the elites in the West to weaponize “cancel culture” against famous Russian composers and writers – in response to the country’s military offensive in Ukraine – to Nazi book burnings.

“Today, they are trying to cancel the whole of our thousand-year-old country, our people,” Putin said on Friday at a virtual meeting with recipients of presidential awards for achievements in fine arts and literature. The president blasted what he called “growing discrimination of everything connected to Russia” in some Western countries. He added that the process was “tolerated and sometimes encouraged by the ruling elites.”

“The so-called ‘cancel culture’ has turned into ‘the canceling of culture’. [Composers] Tchaikovsky, Shostakovich and Rachmaninoff are getting erased from concert programs. Russian writers and their books are also getting banned. Such a massive campaign to destroy undesirable literature was carried out last time by the Nazis in Germany nearly 90 years ago.”

“We remember it well from the footage of book burnings on city squares,” Putin said, referring to the practice of burning books by Jewish authors and other works by the Adolf Hitler regime in the 1930s. “It’s impossible to imagine such things in our country.”

Some Western institutions took action against Russian-linked works in the wake of Moscow’s military attack on Ukraine. The Cardiff Philharmonic Orchestra in Wales removed Pyotr Tchaikovsky’s famous 1812 Overture, which celebrates Russia’s successful defense against Napoleon, from its program. Linda Robinson, one of the directors, said the overture was inappropriate at the present time because its parts are “military themed and they come with the sound of a volley of cannon fire.”

Putin also mentioned the attacks on JK Rowling for saying men aren’t women. It really is the same thing – as I’ve already written, the US government is treating this war against Russia as if it’s a social media campaign against someone who said something politically incorrect. 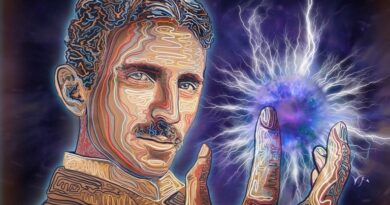