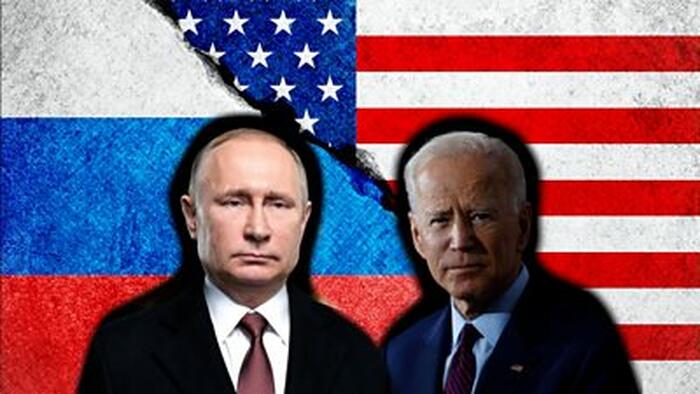 No Retreat, No Surrender

To paraphrase Harold Wilson, a weekend is a long time in geopolitics. Indeed, the last few days have seen more major developments.

On Friday, Russia appeared to pivot on its war goals. Suddenly it was no longer talking about denazification or demilitarization, let alone the end of the Ukrainian state. Instead, it stressed that it had reached the end *of the first phase* of fighting, had significantly weakened Ukraine’s military, and from now on would concentrate its forces on liberating the eastern Donbas region it previously held parts of. President Putin, speaking Sunday, congratulated Russian forces fighting in Donbas – and only Donbas. Some are wondering if the upcoming May 9 Russian holiday celebrating their WW2 victory over Nazism will be the ideal date for Moscow to claim that they have repeated the ‘victory’ over Ukraine. One can expect markets to rally on the back of such “peace in our time” dreams.

However, there is reason for pessimism. Russia is fighting on too many fronts, and the possible encirclement of Ukrainian forces in the east was always a good target: but it is still bombing Ukraine’s west. Ukraine says Moscow aims to split the country like North and South Korea – as the breakaway ‘Luhansk republic’ expects to hold a “referendum on independence”. Russia does not want to give up territorial gains outside Donbas and give Ukraine a morale-boosting victory, and it will not give up its land bridge to Crimea. Ukraine will not drop its demands for a *full* Russian withdrawal; and so the West will not be able to drop sanctions – and Russia would still be in a position where escalation would suit it better. Ukrainian President Zelenskiy, begging for more urgently needed weapons, does not seem to see de-escalation. Some Russian foreign policy sources suggest Putin still wants to drag Poland into the crisis to escalate to the NATO level, where a deal might be done. Tellingly, Putin propagandists on Russian TV, while admitting the “special military operation” is not going well, are nonetheless talking about an existential struggle where defeat is unacceptable. Worryingly in this regard, Russia also just reiterated its willingness to use nuclear weapons vs. even an existential conventional threat.

On which note, US President Biden’s speech from Poland has made matters far worse.

Regrettably, as its rhetoric soars, the West’s grand strategy is as poor as Russia’s logistics. They are validating Russia’s/China’s existential fears even without taking the most aggressive near-term military actions. So, ‘No Retreat, No Surrender’, as a 1986 Cold War throwback.

Yet this is 2022 and the world and the US have changed. The West listened to the speech and wondered how its supply chains and exporter profits will cope, and some in NATO did not like Biden’s language; the rest of the world wondered how it is going to pay its energy bills and eat: the EU now supports reduced use of biofuels to boost food production, but an agri ‘Marshall Plan’ is MIA. Even the US is far from united internally as ‘culture war’ dominates over Cold War – is it ready for the long-haul Biden proposes? As Ukrainians focus on triggers, warnings, and macro-aggression, some in the US do the same on trigger-warnings and micro-aggressions, or to “autocracy” as their revenue stream; or even to Putin directly; or indirectly, via neo-isolationism, neo-realism, or the tribalism that ‘Biden is against him’. Putin is even dragging JK Rowling into the war –“Harry Potter and the Prisoner of Azov-Ban”?– as a protest sign I saw read “Russian troop pronouns are was/were” – which speaks to why Russia sees this as existential.

The economic war also rages. We will shortly find out if Putin is bluffing about taking roubles for gas exports or not. Moreover, while China’s Sinopec is pulling back from planned Russian investments over fears of potential US sanctions, the Washington Post argues ‘China will back Putin no matter how badly it goes in Ukraine’ and that:

“The key question now is just how far Beijing will go to support Moscow. While Xi would like to maintain good relations with Europe and avoid a further deterioration in the US-China relationship, the fate of Putin and the Russian state directly implicates China’s core security interests. Not only would the prospect of a beaten and broken Russia activate China’s fears of instability along their shared 2,500-mile border, but it would also create uncertainty about the future leadership and geopolitical orientation of the Russian government. If Putin were eventually to fall from power, would his successor remain aligned with Beijing? So the more anxious Beijing becomes about the war and Putin’s personal position in power, the more likely it is to step up support by providing direct economic assistance, mitigating the impact of sanctions and even supplying military equipment.

Clearly, China’s preference is to avoid secondary sanctions in response to any support — access to the international market and the US dollar remains critical for China’s economy and its continued rise. But Beijing could pursue means of support that are difficult to track, such as facilitating Russia’s access to US dollars via offshore accounts, or by directing state-owned enterprises and even private companies to increase their purchases of non-sanctioned Russian goods and services. If China does decide to supply Russia with military assistance, it would likely seek to avoid equipment and hardware that would flagrantly violate international law and sanctions or be easily traceable, and instead provide spare parts, ammunition or certain dual-use items that aren’t yet sanctioned.”

In which case, what does the US do, exactly? Retreat? Surrender? It doesn’t sound like it.

So, all is in flux globally. In Asia, Russia is holding military exercises near Japan, the Solomon Islands are in focus, and China’s foreign minister visited India Friday, hoping to bring them into the Eurasian camp: India made clear China needs to de-escalate on their shared border first, where the reverse is happening. China is also locking down Shanghai over Covid. In the Middle East, the Iran deal hangs on the issue of the Iranian Revolutionary Guards Corp, Houthis attacked Saudi Arabian oil facilities again – and this time the Saudis struck back hard, and Israel’s Prime Minister tweeted out his sympathies to the Saudis; that, as the US Secretary of State and the foreign ministers of the UAE, Egypt, Bahrain, and Morocco all attend a landmark summit in Israel.

Everyone is going to be involved. Bloomberg reports ‘Shaken by spiking commodities, trading houses adapt to survive’; Politico adds ‘‘Too big to fail’: White House careful not to target food companies as it pressures Putin’. Yet recall the slew of regulation and oversight that loomed for banks after their ‘too big to fail’ moment, and now does for global ocean carriers. If everything is geopolitical, the bigger you (and profits) are, the more you are going to get noticed.

The Fed also appears to be saying ‘No Retreat, No Surrender’ on rates as if it still thinks this is a red-hot testosterone-and-adrenalin-fuelled 1986 US economy. US 2s are now at 2.27% and 10s at 2.47%, the highest since mid-2019. That Fed fighting style overlooks what happened in 1987 – and I don’t mean the cheap(er) follow up/cash-in of ‘No Retreat, No Surrender 2’. I mean the Black Monday Wall Street crash.

Indeed, equity markets think they are inflation hedges during a war and Cold War. They think inflation can be passed on without end-demand being destroyed (but, please, listen to the people dialling in to UK radio stations in tears saying they already can’t feed their kids!); or, alternatively, without the Fed and other central-banks seeing a wage-price spiral and acting even more on rates; or, in either case, without the government saying: “There’s a Cold War on – national-security price controls!” If that market is wrong, there will be at least one painful retreat and surrender. 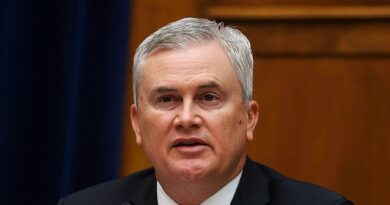