The flight data recorder was buried almost 5 feet underground, roughly 130 feet from where plane made impact.

A team of firefighters from southern China’s Guangxi autonomous region, where the aircraft nosedived into a mountainside, found the second black box Sunday around 9:20 a.m., Zhu Tao, a spokesman for the Civil Aviation Administration of China, said in a news conference. The box was roughly 130 feet away from where the plane had crashed, buried several feet underground, he said.

Rescuers had located the first black box, the cockpit voice recorder, on Wednesday, but authorities said they hadn’t been able to detect the positioning signal of the second box and speculated its signal transmitter may have been damaged in the crash.

The discovery of the black boxes—both of which are actually painted orange to make them easier to spot—is a critical moment in the aftermath of a plane crash, as they store vital information and typically provide accident investigators the best information about what caused a plane to go down.

The flight-data recorder tracks more than 1,000 flight details, such as airspeed and altitude, the status of smoke alarms and the position of the wing flaps. Parts of the recorder had been seriously damaged, but the data storage compartment appeared relatively intact, Mr. Zhu said, adding that the box has been sent to a professional laboratory for analysis.

Boeing 737 crash in southern China was among the fastest jetliner descents ever recorded. The Plane Plunged Almost 22,000 Feet in 72 Seconds.

Then the plane briefly ascended again before the final plunge and crash.

It is “extremely unusual to see an aircraft in a full nose dive,” one industry safety official in the U.S. said. “Many of us are scratching our heads.”

Hopefully, the black boxes will explain what happen.

Analysis can begin now that both black boxes have been recovered. I have my own questions. 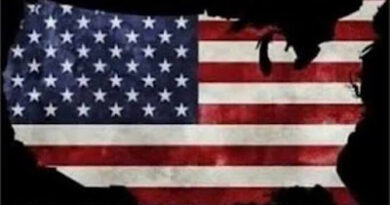 Why America Decays: The Tyranny of Self-Interest