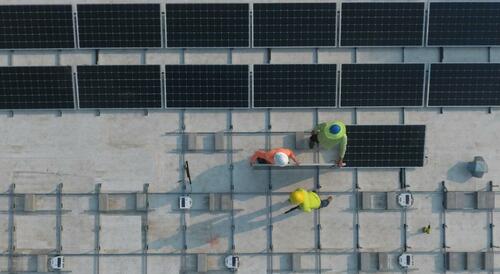 Over the last six months, the U.S. solar supply chain has been subject to not one, but two, attacks perpetrated by companies attempting to leverage trade laws for their own self-interest when those laws were meant to protect the public interest. These companies want the U.S. Department of Commerce to apply substantial tariffs to solar modules imported from select Asian countries. These modules are critical inputs to the execution of solar projects installed in the U.S. today by American companies.

Under our trade laws, any company doing business in the United States can allege that any or all other companies are violating our trade laws and the Department of Commerce must take the allegation seriously. Commerce does not, however, have to investigate the claim. That discretion exists to guard against abuse of the complaint-based system. It exists to keep one company from improperly gaming the system. The American solar industry is hoping that the Department recognizes and exercises its discretion today to keep one company from breaking the supply chain that makes possible solar energy in America and all the jobs and environmental public benefits it provides.

Make no mistake, if the complainant is successful, solar energy will become as much as two to three times more expensive than it was just one year ago, setting back our efforts to achieve independence, putting hundreds of thousands of U.S. jobs at risk along with the Biden administration’s renewable energy goals. If these tariffs are applied, we expect that far less solar generation will be installed in the U.S. during the four years of the Biden administration as compared to previous administrations.

The latest effort at gaming the system is a circumvention filing by Auxin Solar to the Department of Commerce. Their filing claims that certain solar panel parts originate from countries that should be subject to antidumping and countervailing duties on their importation. A very similar claim was made and rejected last year, but as long as the system entertains these claims, they will keep coming.

This one company wants the U.S. government to make it prohibitively expensive for solar panel installers to buy their panels overseas from trading partners that the nation needs and that are providing critical value along the supply chain. The company making the complaint is hoping that the government will force all American solar companies to source the panels from a tiny group of U.S. assemblers that includes them at a huge cost and no benefit to anyone else.

While we all can agree that having more domestic sources for solar panels would be a good thing, today’s domestic solar panel assemblers simply can’t provide the capacity of panels needed to satisfy the increasing demand for clean, renewable energy. Auxin itself can only supply panels to meet less than 1% of the total U.S. market demand.

Importantly, the top-three U.S. assemblers of solar panels – the leaders of the very domestic industry Auxin, says it is trying to protect – are opposed to Auxin’s filing and the need for a circumvention action. Only Auxin supports an investigation by the Department of Commerce.

If we want to continue to make progress on America’s clean energy and energy independence goals and preserve the public interest, the Department of Commerce must deny Auxin’s request.