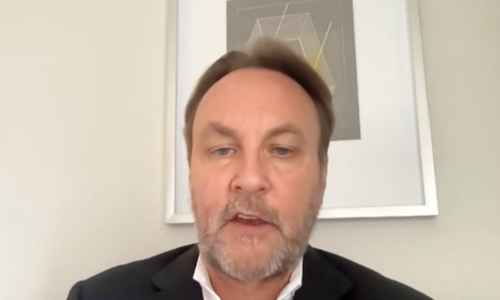 Authored by Masooma Haq and Melina Wisecup via The Epoch Times (emphasis ours),

In the wake of the White House’s warning that intelligence reveals potential for a cyberattack by Russia, documentary film producer of “Grid Down, Power Up” David Tice reiterated the danger of this type of attack on the country’s power grid. Tice said based on research he did for his documentary, electricity infrastructure is extremely vulnerable to cyberattacks from adversarial countries like Russia and China.

“And essentially, we have four big adversaries, China, Russia, North Korea, and Iran. And all of them have talked about the fact that they could potentially bring down our power grid and therefore affect U.S. civilians.”

The Biden administration has on multiple occasions recently warned of cyberattacks from Russia and President Joe Biden said this type of threat has gone up since sanctions were placed on Russia for invading Ukraine.

“Today, my administration is reiterating those warnings based on evolving intelligence that the Russian Government is exploring options for potential cyberattacks,” Biden said in a March 21 press statement.

Biden added that private electric companies need to do their share to prevent these types of attacks: “My administration will continue to use every tool to deter, disrupt, and if necessary, respond to cyberattacks against critical infrastructure. But the Federal Government can’t defend against this threat alone.”

Tice said the infrastructure for America’s electrical grids is not secure from these kinds of cyberattacks because these companies are privately owned and under-regulated.

“Essentially, government tends to not be prepared for these ultimate catastrophes. And frankly, one of the big issues is our public utilities have not been regulated sufficiently … our public utilities or electric companies have pretty much been self-regulated and there needs to be an overhaul of that regulation.”

“In light of the indictments announced today and evolving intelligence that the Russian Government is exploring options to conduct potential cyberattacks against the U.S., CISA, along with our FBI and DOE partners, is issuing this joint advisory to reinforce the demonstrated threat posed by Russian state-sponsored cyber actors,” said CISA Director Jen Easterly in a March 24 press statement.

Tice said millions of people could die from the aftermath of a cyberattack on the electrical grid because so much other infrastructure relies on electricity to function.

“And therefore, they could essentially turn out the lights, if they can knock out our critical transformers, and our SCADA [Supervisory Control and Data Acquisition]. Essentially, that could cause a longer-term power outage,” said Tice.  SCADA is an industrial control system at the heart of many industries.

On the upside, Tice said the U.S. military is in less danger from such an attack.

“Essentially our military has become hardened against a potential cyberattack and electromagnetic pulse attack. However, our civilian infrastructure has not been given that same attention.”

Turning The Wealth Pyramid Upside Down