Multiple rounds of Russia/Ukraine peace talks accomplished nothing, another to take place in Istanbul, most likely on Tuesday.

From his hideout in Poland on Sunday, Zelensky recited lines scripted by his US master.

Saying he’s ready to discuss neutrality ignored that he has no say over anything related to all things Russia and Ukraine — no decision-making authority without US approval.

His public remarks are scripted for and approved by dominant Biden regime Russophobes.

At a time of war, “no US president (was) ever…as incapacitated in command and control as (the fake) Biden, nor as impotent…as Zelensky.”

“Rule by crock and rule by stooge aren’t rule at all.”

At the same time, Helmer stressed that hatred of Russia by dominant hardliners in the US and Ukraine is so intense that perhaps “there can be no end to this war unless Ukraine is destroyed, or Russia, or Europe, or the US.”

The prospect for restoration of peace and stability in Ukraine is virtually nil at a time when US/NATO regimes are hell bent for pouring more weapons and munitions into the country for permanent war on Russia to the last Ukrainian foot soldier and foreign mercenary.

Implacable US hostility toward Russia is also evident from the fake Biden’s anti-Putin vitriol last week.

Aside from saying he’s ready to consider neutrality, Zelensky refuses to discuss demilitarization, deNazification, or renounce Kiev’s aim to regain control over Crimea and Donbass — as ordered by his higher power in Washington.

He also absurdly said that anything agreed on with Russia would be put to a referendum vote when conflict ends and its forces withdraw from positions held.

Insisting on security guarantees from other countries sounds like a proposal for US/NATO troops to control territory now held by Russia’s military.

“Roskomnadzor warns the Russian mass media about the necessity of refraining from publishing this interview.”

“A check has been launched in respect of the mass media outlets, which conducted this interview, to determine the degree of responsibility and take measures.”

Zelensky’s public remarks state what his US master wants expressed.

In similar fashion to earlier remarks in the run-up to and since Russia’s special military operation began, Zelensky again recited a litany of bald-faced Big Lies about what’s going on.

His perversion of reality resembles MSM fake news about all things Russia.

Separately, Sergey Lavrov said no meeting between Vladimir Putin and Zelensky will take place until “we have clarity on all key issues,” adding:

At this time, “the main thing is to stop pandering to the Ukrainians who only seek to generate an image of negotiations and settlements.”

“They succeeded in this when they sabotaged the Minsk agreements shortly after they inked them in February 2015, and as a result declared that they would not implement them.”

“That’s why their ability to mimic the process is well known to us.”

“This time they won’t get away with it.”

“We need a results-based outcome of the negotiations, which will be enshrined by” Vladimir Putin and US-installed puppet Zelensky.

“We are interested in these negotiations (with Kiev) being wrapped up with a result that will achieve our fundamental goals.”

“First of all, an end to the killing of civilians in the Donbass region, which has been going on for eight long years.”

“The entireWestern community” ignored it.

Its ruling regimes “never even made critical comments, although everyone watched the bombing of civilian infrastructure, hospitals, kindergartens, clinics, and residential buildings” in Donetsk and Lugansk.

“We have been drawing attention to these problems for many years.”

“The West did not listen to us. Now they have heard.”

“The people in Donbass must never again suffer from the Kiev regime.”

Vladimir Putin stressed that Moscow “will strive to demilitarize and deNazify Ukraine, as well as bring to justice those who committed numerous bloody crimes against against peaceful residents” of Donbass and Russia.

What didn’t happen “potentially mark(ed) a significant breakthrough for Ukraine’s counteroffensive (sic) that punches a hole in Russia’s…encircle(ment) (of) Ukrainian cities.”

“Russian forces around the Chernobyl nuclear power plant put “hundreds of thousands of Europeans” at risk of radiation (sic).”

Russian forces took control of the mothballed plant to ensure against the risk of sabotage to spread radiation.

What the Times called “seesaw battle(s) for critical areas” are entirely one-sided.

Ukrainian forces have a choice. Lay down their weapons and surrender or be wiped out.

The Times and other MSM pretended not to notice even though their so-called correspondents are in Ukraine.

“The Russians are bombing civilians, women and children (sic).”

Donetsk and Lugansk are “at war with Ukraine (sic).

The Times and other MSM pretend that Nazi-infested Ukraine is Russian propaganda.

They suppressed evidence of tortured Russian POWs by Ukrainian Nazis.

Their reports read like US, Western, Kiev press releases.

What’s most important to explain is filtered out and concealed. 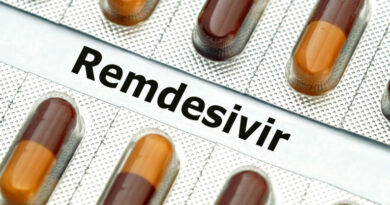 Remdesivir ‘Disastrous’ as COVID Treatment, But Government Pays Hospitals to Use It 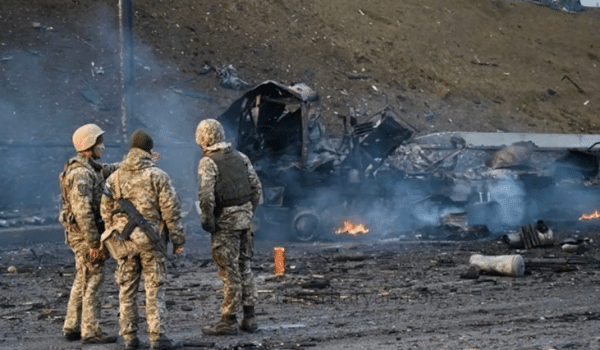 The Ugly Truth of US Biowarfare in Ukraine and Beyond