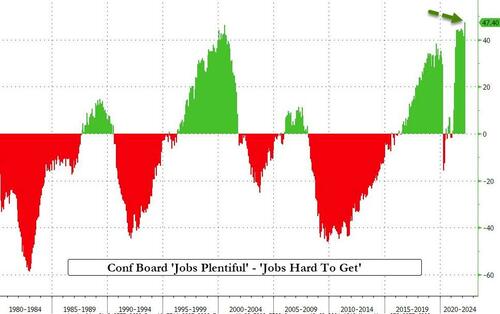 Following February’s bigger than expected jump in payrolls (ADP and BLS both rose, but BLS was notably higher than ADP), analysts expected a modest slowdown in job gains for ADP in March (even as The Conference Board’s labor market indicator soars to record highs – ‘jobs plentiful’ at its highest vs ‘jobs hard to get’ ever)…

No sectors saw job losses in March as the Omicron wave evaporates.

“Job growth was broad-based across sectors in March, contributing to the nearly 1.5 million jobs added for the first quarter in 2022,” said Nela Richardson, chief economist, ADP.

“Businesses are hiring, specifically among the service providers which had the most ground to make up due to early pandemic losses. However, a tight labor supply remains an obstacle for continued growth in consumer-facing industries.”

Nonfarm payrolls consensus forecast for Friday is +490k, so this BLS data is unlikely to change anything.

US Hits Over 400 Russian Individuals & Entities With New Sanctions 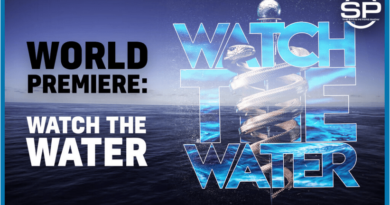 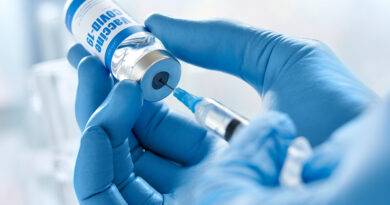 Spike protein in mRNA COVID vaccines: One of the most bioactive and damaging substances known to mankind