Authored by Nathan Worcester via The Epoch Times (emphasis ours),

Submitted on March 28—more than a month after it was legally due on the first Monday of February—the budget would total $5.8 trillion.

With energy prices up from 2021 and an economically disruptive war raging in Eastern Europe, the president didn’t highlight climate or environmental concerns in a brief, pre-prepared statement on the budget request. However, he did claim that his budget would “continue our equitable growth.”

Yet, according to a fact sheet from the Office of Management and Budget (OMB), as well as a 156-page summary from that same agency, a significant proportion of prospective spending would be in the name of climate and what the fact sheet describes as “environmental justice.”

The Ecological Society of America, a large organization of ecological scientists, states that “environmental justice is understood in many ways” on its webpage defining the term.

It first lists the Environmental Protection Agency’s (EPA’s) definition, which appeared as early as 1998 in a Clinton administration report, where it was attributed to the EPA Office of Environmental Justice as “the fair treatment and meaningful involvement of all people regardless of race, color, national origin, or income, with respect to the development, implementation, and enforcement of environmental laws and regulations.”

The webpage then notes that “a broader definition views [environmental justice] ‘both as a field of study and a social movement that seeks to address the unequal distribution of environmental benefits and harms, and asks whether procedures and impacts of environmental decision-making are fair to the people they affect,’” referencing a definition from University of Michigan professor Bunyan Bryant.

Bryant, professor emeritus for Environmental Justice, has elsewhere written that “the destructive power of market forces” has led humans “to wreak destruction upon the Earth and upon each other.”

Environmental spending in Biden’s proposed budget would include $3.3 billion on new energy programs, with $500,000 for weatherizing and retrofitting low-income homes.

In addition, Biden would allocate $80 million to a Grid Deployment Office, which would aim to modernize the U.S. electrical grid.

The EPA’s discretionary funding would be boosted to $11.9 billion, a rise of 29 percent from the enacted level for 2021. Biden seeks to enlarge EPA’s staff by 1,900 full-time equivalents, reversing a trend of staffing reductions under the Trump administration.

More than $18 billion would go to climate resilience and adaptation, a major winner in the recently passed omnibus legislation.

“These critical investments will reduce the risk of damages from floods and storms, restore the Nation’s aquatic ecosystems, and make HUD-assisted multifamily homes more climate-resilient,” the OMB fact sheet reads.

An additional $1.45 billion goes to what are described as the EPA’s “environmental justice efforts,” which the fact sheet claims will “advance racial equity.”

Biden’s budget would also devote $11 billion to international climate finance, including $1.6 billion for a Green Climate Fund, a program said to fund climate adaptation and mitigation in the developing world.

Months after the Taliban took control in Afghanistan and halted U.S. gender-related programs in that nation, Biden’s FY 2023 budget aims for “equity” not just in the United States, but around the world.

The Biden administration had previously published the first National Strategy on Gender Equity and Equality in 2021.

The OMB’s budget fact sheet highlights $2.6 billion in spending said to “advance gender equity and equality across a broad range of sectors.”

As part of that effort, Biden’s FY 2023 budget would allocate $200 million to the Gender Equity and Equality Action Fund, which already received $200 million in the FY 2022 funding that was finalized through the recent omnibus.

OMB Director Shalanda Young will testify about Biden’s proposed budget to the House Committee on the Budget on March 29. 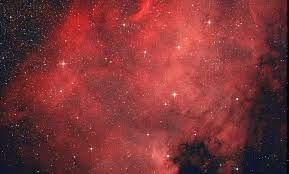