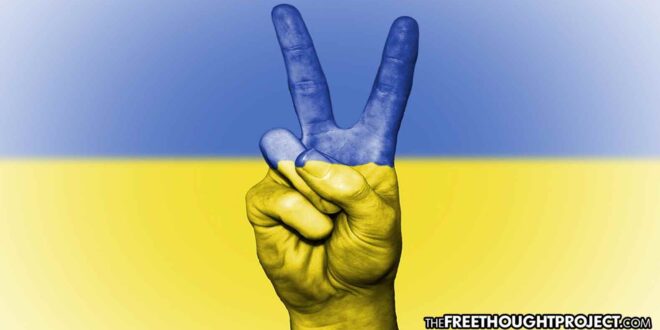 (ZH) — As the first statements coming off now concluded for the day Russia-Ukraine ceasefire talks trickle out, both Interfax and Reuters are reporting the potential for a major breakthrough, as Russia’s Defense Ministry has said it’s seeking to create conditions for dialogue towards halting military activity around the capital of Kiev and major northern city of Chernihiv.

The New York Times suggests this possible overture comes as Russian forces are facing stiff resistance near the capital, as also yesterday Ukraine said it retook the major Kiev suburb of Irpin. “Diplomats from Ukraine and Russia were discussing a possible cease-fire on Tuesday at talks in Turkey, an effort that comes as a Ukrainian counteroffensive pushed back Russian forces in a hard-fought area near Kyiv, the capital,” NY Times writes.

The talks were called “constructive” by the Russian top negotiator Vladimir Medinsky, who said he will take Ukraine’s proposals for stopping the war directly to Putin, which crucially is centered on a pledge of ‘neutrality’ vis-a-vis NATO. The meeting, held in Istanbul, lasted four hours.

“The two delegations also discussed international security guarantees for Ukraine, according to Mykhailo Podolyak, an aide to President Volodymyr Zelensky of Ukraine.” Negotiations will likely continue Wednesday, according to NY Times: “The Kremlin’s spokesman, Dmitri S. Peskov, told reporters that the talks, which he said could continue on Wednesday, could be of great consequence, without offering details on the shape of a possible deal.” Following this, there’ve been reports that talks could continue through into the night.

Ukraine’s top negotiator said Ukraine is now offering to discuss the Crimea question – and there could be enough substantial agreement on the scope of negotiations to hold a direct Putin-Zelensky meeting, something which Putin has thus far clearly rejected.

However, for the first time, Medinsky said that such a meeting of presidents is now “possible” – according to statements given to TASS, suggesting that Tuesday’s talks appear to be the most substantive so far since the invasion and conflict began.

But one significant future hurdle to anything final leading to a complete cessation of hostilities is that Ukraine has insisted that a national referendum would be needed for any central terms of agreement with Russia – for example on giving up Crimea.

RESTORE THE REPUBLIC & YOUR FREEDOM – PART ONE