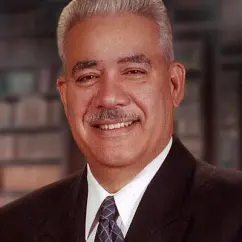 Alexis speaks with the co-founder of “FREE” about his own ET encounters and the research into contact experiences that’s changing the way we look at “abduction.”

ET Encounters. It seems the rabbit hole is bottomless when it comes to this phenomenon!

The story you are about to hear, to some of you, may sound – way out there and to others, completely real.

Rey Hernandez, an ET experiencer and co-founder of FREE which stands for The Foundation for Research into Extraterrestrial Encounters thought he was losing his mind, literally, until he realized something much bigger was going on. After a series of strange encounters that both he AND his family became entangled with, Rey set out on a course to understand the basis for all of the high strangeness that was surrounding him. Synchronistically, he was guided to ET researcher Mary Rodwell, as well as the late astronaut and physicist Dr. Edgar Mitchell, or should I say, THEY were guided to him. Through these relationships, along with his own experiences, Rey was about to change his life in ways he’d never imagined. And this is how the organization FREE was born. Listen to this fascinating story!

Intriguing points from this episode include:

For complete show notes and other “extras” for this episode, click HERE.

Reinerio (Rey) Hernandez: Rey and his entire family are “Experiencers”. He is currently employed as an Estate Tax Attorney with the IRS, US Dept of Treasury. He was previously an Adjunct Professor for 6 years at the New School for Social Research and the City University of New York. He was also the Director of the Center for a Sustainable Urban Environment at the City University of New York and the Director of the Office of Community Environmental Planning for the City of New York. He has attended Rutgers College, Cornell University and was a Ph.D. Candidate at U.C. Berkeley in City and Regional Planning. He was also the recipient of a National Science Foundation Ph.D. Fellowship at U.C. Berkeley. Rey resides with his family in Miami, Florida.

Satellite Imagery Shows Construction Of US Military Facility In Pacific

The Cossacks, Part 2: Protecting Pochaev Monastery from Fascists and Heretics