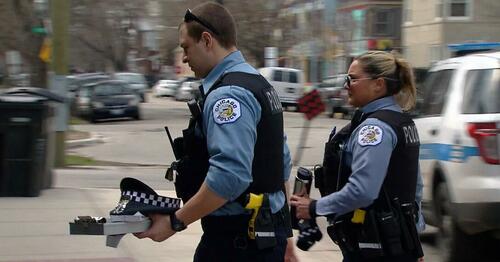 The Democratic rulers of ultra-liberal cities love to pay lip service to their voters’ calls to ‘defund the police’ – except, of course, when it comes to their own protection.

In the latest example of this disturbing trend, Chicago Mayor Lori Lightfoot has, for the past two years, enjoyed a security detail consisting of some 71 Chicago PD officers, despite proposing to cut the department’s budget by $80 million back in 2020 as a sop to the “defund” movement (while the city’s murder rate continues to spiral out of control).

The detail, known as Unit 544, started with a handful of officers, but has since grown into a group that includes 65 officers, five sergeants, and a lieutenant, according to a Chicago Sun Times report.

As if this weren’t already excessive enough, Lightfoot has an additional personal bodyguard detail made up of approximately 20 officers. The department sent a memo to its officers in the summer of 2020 (at the height of the defund movement) inviting them to apply to join the mayor’s detail.

“The unit’s mission will be to provide physical security for City Hall, the mayor’s residence and the mayor’s detail command post,” the memo read. “Through the coordination of intelligence and resources, officers will respond to all threats related to the mayor’s physical properties to ensure its protection.”

Around the time the unit was established, city residents who lived near the mayor’s house were complaining that the precinct’s limited resources were too often being dedicated to the mayor’s residence, where protesters repeatedly gathered.

“…[Y]ou know, if there was some kind of emergency at City Hall, for example, the right hand wouldn’t necessarily know what the left hand was doing because they all reported to different chains of command.”

“…[I]n 2020 in particular, there were a significant amount of protests all over the city, and some of them targeted at my house. All the more reason why having a unified command to understand and share intelligence and be ready to respond if there was any kind of threat was very important.”

Lightfoot also tried to play down the proposed PD budget cut as the result of a ‘pandemic-related budget shortfall’, not an example of her bowing to the “defund” movement.

She also blamed President Trump for threatening her security: “When the president of the United States uses the world’s largest megaphone and platform to target you personally, terrible things happen…And he not only blew a dog whistle, he pointed really evil and dangerous people right at my doorstep.”

Of course, the political winds have shifted dramatically since 2020 – so much so that President Biden recently included additional funding for federal and local law enforcement in his 2023 budget proposal, which he unveiled yesterday. 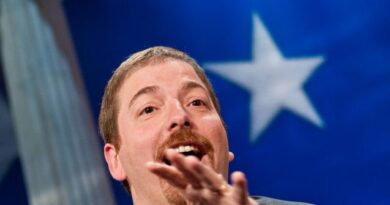