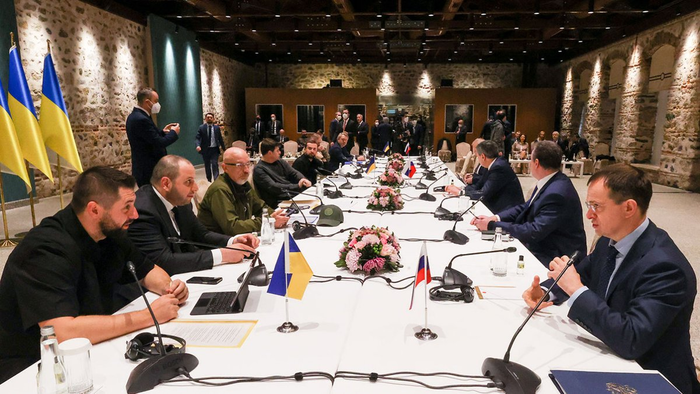 The Financial Times had previewed on Monday that as part of ongoing ceasefire negotiations, Russia was prepared to OK Ukraine’s aspirations to join the European Union, so long as it drops plans to join NATO.

Further the draft deal, discussed intensely in Tuesday’s Istanbul negotiations between the Ukraine and Russian delegations and leading to a flurry of optimistic-sounding headlines that a ceasefire could be around the corner, included a demand for a formal vows not to join NATO, not to host foreign military bases or troops, and crucially not develop nuclear weapons.

Notably absent were Russia’s three earlier demands of “denazification” and “demilitarization” – which in recent days the Kremlin has seemed to back off of in official statements.

It appears there’s enough momentum for Russia’s top negotiator Vladimir Medinsky to say he will take the proposals for stopping the war directly to Putin. Initially it was reported that talks would continue in Istanbul into tomorrow, but that’s since been denied – which actually could be a hopeful sign given both sides apparently see enough agreeable substance in the draft deal to take them back to their respective capitals.

Bloomberg has since summarized that the Ukraine side “is seeking guarantees for territory that doesn’t include Russian-controlled areas and that Kyiv is willing to discuss the status of occupied Crimea.”

Russia’s deputy defense minister says Moscow has decided to “fundamentally cut back military activity in the direction of Kyiv and Chernigiv” in order to “increase mutual trust for future negotiations to agree and sign a peace deal with Ukraine.” pic.twitter.com/2qDYOzAzDp

Further, “Russia indicated a meeting was possible between President Vladimir Putin and his Ukrainian counterpart Volodymyr Zelenskiy” – on the basis of the draft deal, despite a formal ceasefire not yet having been reached.

Late in the day Tuesday, Russia’s chief negotiator cautioned reporters that “there is still a long way to go” to reach a mutually acceptable agreement.

How Fake Is Twitter’s User Data? 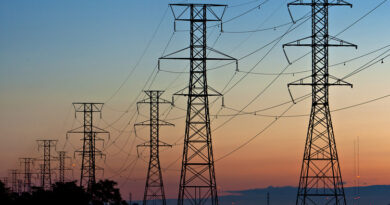 Why Biden’s Green Energy Policy Will ‘End In Tears’