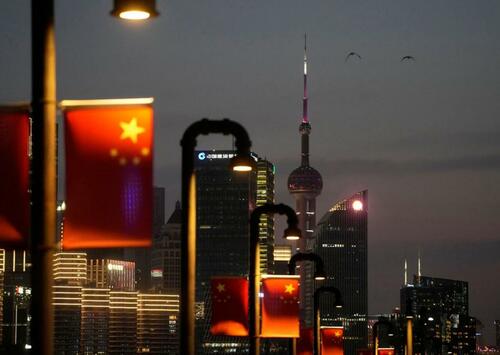 As it turns out, China’s factory laborers aren’t the only ones who are being forced to quarantine at work (with many sleeping on factory floors with only a piece of cardboard as a mattress) during the latest round of “targeted” CCP lockdowns.

Bankers, traders and other white-collar workers on China’s Wall Street are also finding they have no choice but to ride out the lockdown at the office, as management demands that workers bed down for a long stretch without going home.

According to Reuters, “more than 20,000 bankers, traders and other workers are bedding down in office towers in Shanghai’s Lujiazui district as they bid to keep China’s giant financial hub ticking” during the first round of the city’s two-part staggered lockdown.

As the section of Shanghai east of the Huangpu River closes for a total of five days, finance workers are scrambling to make sure they can continue to work throughout the nine-day shutdown (which could be extended if case numbers fail to decrease). Teams have reportedly adopted 12-hour split-shift rotations in a financial hub that handled more than 2,500 trillion yuan ($292 trillion) of financial transactions last year.

A handful of local firms have confirmed the strategy, according to Reuters:

The number of new confirmed community transmitted cases in the major financial hub of Shanghai reached 4,477 on Tuesday. Although this number was a record high, only 2.1% of cases showed symptoms.

Restive Shanghai residents have at times pushed back aggressively against the government’s heavy handed measures, even before the broad-based lockdowns were announced (previously, the local authorities had implemented “targeted” lockdowns on housing complexes and other areas where outbreaks had been discovered). Some residents lashed out as they were unable to receive vital services like kidney dialysis or other urgent treatment. In one high-profile case highlighted by the NYT, a nurse who suffered an asthma attack died after she was denied care by a hospital, which cited COVID prevention protocols in its decision to turn her away.

As frustration builds, the CCP is once again resorting to baseless conspiracy theories – including telling its citizens that the US is to blame for the rise of COVID – to try and deflect public anger away from the government.

Chinese media is telling their citizens America made COVID-19, again—this time using #Moderna as the scapegoat. #China’s COVID-19 cases are rising, and the Chinese Communist Party (CCP) is blaming the United States for it.

“That Would Be Crossing The Rubicon”: The BoJ Is About To Own More Than Half Of All JGBs 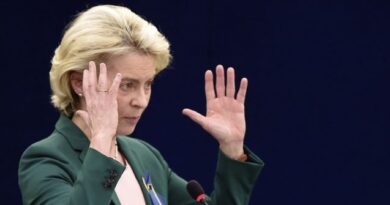