This past week was a stormy ride through the badlands of hell for bonds. Government bond prices took their worst cliff-fall since the Marshall Plan. The panic run of bonds over the edge was sparked by the fantasy belief that Russia might be retreating, bringing a rapid end to Putin’s invasion and the opposing sanctions.

The flight of fantasy here was that an easy end to the war might leave the Fed free to focus on nothing but fighting inflation. At least, that’s how one story in the financial news called it. How one can assess the mind of the market toward such a thing as a wartime retreat that hasn’t happened, is beyond me, but I do think a new marshall is riding into town, and he’s got all the bond vigilantes fired up about something.

It wasn’t even a week ago, I wrote the following:

In the bond realm, the interest trajectory shown above is a rocket ride. I’ve also said that the point where rapidly climbing bond interest is likely to cause serious trouble for stocks was in the 2.25%-2.5% range. Well, we’ve clipped almost to the top of that range in the space of one day; so, we’ll see what happens as that fact gets digested by stock investors; so far they seem to be in a state of denial about what they are seeing:

“Months of Predictions Closing in on Quick Collapse“

The graph I was pointing to was this one:

Then, in just a couple of days, the 10YR treasury blew right through the 2.5% top of the range I had said would be the exit from low-interest days of easy riding to greater trouble. Bonds hit an intraday high of 2.503% at 11:14 ET on Friday. Since then, they have bounced along just few hundredths of a percent to the underside of the 2.5% level.

Earlier in the week, Wolf Richter noted the likely cause of this week’s muscular moves as,

One of the trigger points was possibly – though you can never really tell with these crazy markets – that Fed Chair Pro Tempore Jerome Powell spoke, confirming the Fed’s new-found religion in using its monetary tools to tamp down on inflation, at least a little bit, while trying to achieve a “soft landing” or at least a “soft-ish landing.”

As Wolf also noted and I’ve been saying here,

All Treasury yields are still ridiculously below the rate of CPI inflation, which spiked to 7.9% in February, and they have a lot of catching-up to do.

In other words, as quickly as the bond vigilantes are riding up interest rates, they still have a lot of catching up to do; so don’t expect them to slow down, other than the occasional breather. As I’ve warned for months, when the Fed’s taper ends, cling to the saddle horn and get ready for the ride of your life. In the world of bond traders, this was such a ride.

Forming a pattern that forecasts recession, the bond yield curve blew out on the front end particularly fast as Zero Hedge noted on Friday:

Things are escalating very rapidly in bond-land as short-dated Treasury yields are literally exploding higher. All of which is leading to dramatic flattening in the curve.

Or as Wolf colorfully described it,

The yield curve groans under the Fed’s gigantic balance sheet.

The weight of the Fed’s gargantuan balance sheet is pushing down on long-term yields that the Fed spent years repressing with trillions of dollars of QE since 2008, and most radically since March 2020. QE has ended, but the weight is still there.

Which means, get ready for all kinds of new fun in mortgage interest (based off the 10YR only because most mortgages get paid off in that time due to resales, but influenced by the 30YR that matches mortgages in term) because the Fed will start lifting that weight with quantitative tightening in another month or so. They have already said they will run their QT roundup at the fastest gallop in history as they try to ride down hard on stampeding inflation. That may release the long end of the curve (10s and 30s) to rise with the rest of the rates that are already on the run because it was this far end of the curve the Fed was focused on suppressing with its QE in order to stimulate the housing market with cheap mortgages. Selling off those bonds will likely over-supply the market, demanding higher yields (lower prices) in order to attract more buyers. As I’ve said before, what goes up (liked those prices did under QE) comes down when you do the opposite of what you did to send it up. It’s kind of a no-brainer.

In the meantime, that run-up in rates looked like this in Friday’s bond action across 2YR maturities and longer durations as purportedly the announcement of a wartime retreat by Putin’s army released the bond vigilantes to ride herd on bonds again:

The laggard in that gain by quite a bit was the thirty-year, leaving it finally very near the others in interest since its resting place sits a little higher than they do, and they ran up faster.

Looking at that in terms of how much bond yields have changed relative to each other since the start of the week, the difference in their interest increases looks like this, where you can see things have moved up a lot more for the shorter-term rates

This has left the yield curve pancaked at the top as shown below with everything of longer duration than the 1YR having risen so fast relative to the 30YR (the bond least vulnerable to immediate recessions) to where the 20YR is now higher than the 30 (inversion of the curve) and rest barely lie barely below the 30, and the two, four, and six-year bonds are now all in an inverted position to the 10 (the 10-2 inversion being the one usually seen as most indicative of a recession) So, we’ve now got us one full-on-recessionary, weird-and-wild-looking, blown-out yield curve:

One other insidious aspect of the bond bubble blowing up is that the yield curve for bonds is now rapidly flattening as bond vigilantes seize the reins on the bond market that the Fed is releasing. That flattening presages a recession…. This time it is a delayed indicator because of how tightly the Fed held the reins on bond pricing, restricting its own best indicator like a broken gauge to where the Fed doesn’t even see recession is already at the door.

“The Everything Bubble Bust Pt. 3: The Big Bond Blowup“

Having languished for the better part of two years, the bond vigilantes have awakened, and they are now rapidly making up for lost time.

Stocks aren’t showing any trouble yet as they continue to rebound, apparently happy at the delirious notion this war may be winding up soon, but the market did make one change:

the surge in rates is finally starting to impact stocks as yesterday’s return to growth is rapidly being erased.

What had started to look like a return to growth stocks (the kind favored in the NASDAQ) faded, and it is the NASDAQ that had gone full-bear and then recovered a little over the past ten days, but that recovery appears to be putting in a top now, so may turn out to be nothing but a bear-market rally, said rallies usually being rather intense:

With inflation running so hot and bond yields running to catch up, Citigroup just said today it anticipates the Federal Reserve may make a large 50-basis-point hike at each of the next four Fed meetings followed by two 25-basis-point hikes. So, by the end of the year, they expect a 2.5 point increase in the Fed Funds rate on top of the increase the Fed just made.

The market is now pricing in 60% odds of nine 25-basis-point hikes by the end of the year. Those projections have been rising for months and may well keep rising as time marches on, and so do the bond vigilantes.

Moreover we saw during the Fed’s last big QT rodeo that, once the tightening got up to speed, the stock market did not like QT and interest hikes at all! And that part of the ride all is still ahead. This first interest hike was a mere teaser since everyone had been expecting double what the Fed did, but Chair Powell made it clear the Fed will be immediately picking up the pace. 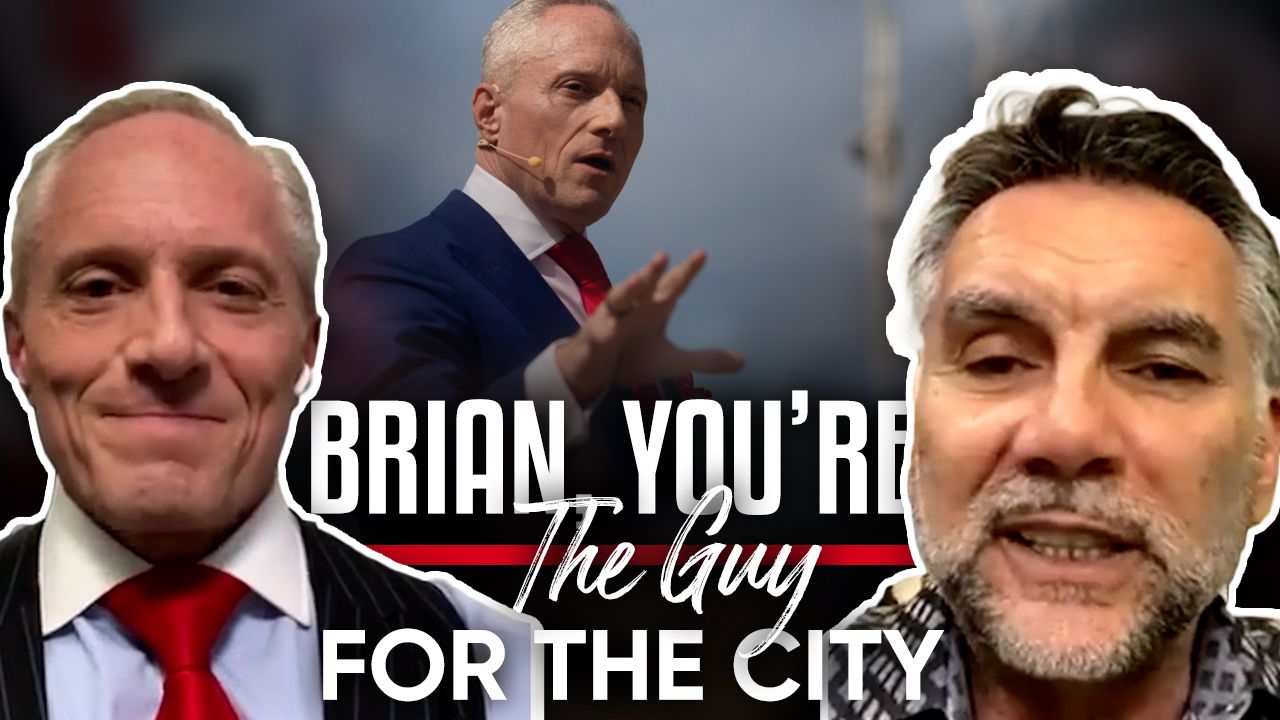 Michael Franzese – Breaking The Two Party System – “Brian, You're The Guy For The City”

If Words Were Weapons: Part II