by Irina Slav of Oilprice.com

One of the hottest topics in the media in the past month has been the possibility of an oil embargo on Russia in response to its invasion of Ukraine. Oil prices have climbed higher on the constant speculation of a broader oil ban, but that speculation appears to be unjustified. The UK banned Russian oil and fuel imports earlier this month, and so did the United States. For both of these countries, Russian oil and fuels are a small portion of total oil imports. Yet the bans had a pronounced negative effect on retail fuel prices in both, even though in the UK, the ban was to take place gradually, by the end of this year. Is it any wonder, then, that the EU, after undoubtedly intense negotiations last week, failed to agree on banning Russian oil and fuel imports?

Obviously, with such a degree of dependence, an oil embargo on the union’s biggest supplier would be a disaster for the continent. This means that the discussions held last week and reported on in abundance by the media were likely nothing more than an exercise in political posturing. It was obvious from day one such an embargo was not happening anytime soon.

An immediate oil embargo on Russian imports “from one day to the next would mean plunging our country and the whole of Europe into a recession,” Germany’s Chancellor Olaf Sholz said last week, as quoted by Reuters’ John Kemp.

On the other hand, “Why should Europe give Putin more time to earn more money from oil and gas? More time to use European ports? More time to use unsanctioned Russian banks in Europe? Time to pull the plug,” the foreign minister of Lithuania, Gabrielius Landsbergis said. Lithuania buys almost all of the oil it consumes from Russia.

What we seem to have here is, once again, politics versus pragmatism, a situation very much similar to the energy transition narrative and plans. In this case, it seems that common sense is winning.

“The question of an oil embargo is not a question of whether we want or don’t want (it), but a question of how much we depend on oil,” Germany’s foreign minister, Annalena Berbock, said last week. “Germany is importing a lot (of Russian oil), but there are also other member states who can’t stop the oil imports from one day to the other.”

What these officials seem to tell us is that the EU, just like India or China – or the rest of Europe, really – has an oil addiction, and kicking it is much easier said than done, despite all the work done by EU governments to stimulate less oil consumption at least in the form of car fuels by encouraging the electrification of transport. No wonder, then, that besides the International Energy Agency’s 10-point plan for cutting oil demand, alternative oil supplies are being considered as a remedy for the current situation.

The president of Ukraine, who has become perhaps the most public personality over the past few weeks, recently urged Middle Eastern oil producers to boost their output to help Europe reduce its dependency on Russia.

“They can do much to restore justice. The future of Europe depends on your effort. I ask you to increase the output of energy to ensure that everyone in Russia understands that no country can use energy as a weapon and blackmail the world,” Volodymyr Zelensky said at the Doha Forum last week, as quoted by Reuters.

So far, the Gulf oil states have demonstrated a clear unwillingness to boost production or condemn Russia’s actions in Ukraine. In fact, the UAE is forging stronger ties with Russia, and Saudi Arabia has reaffirmed its commitment to the OPEC+ agreement with Russia and the Central Asian republics. Unless it gets the security support it wants from the U.S. and Europe, OPEC’s top producer is unlikely to budge on that.

Even with the guarantees, the Middle East is quite unlikely to agree to take Russia’s place in Europe. Reuters’ kemp put it eloquently: “Breaking long-term contracts and giving up Asia’s lucrative growth markets to supply refiners in declining Europe, possibly only for a few months or years, would make little strategic sense.”

Europe, then, is overwhelmingly dependent on foreign oil and gas, and more specifically, Russian oil and gas. Despite its efforts to first diversify and then wean itself off fossil fuels, oil and gas will remain essential for European economies. A 10-point plan will hardly help change that in any meaningful way, and neither would pleas to Middle Eastern producers – what sort of oil exporter wants a market eager to reduce its consumption of oil?

93% Of Working Americans Have A “Side Hustle”, 51% Are Considering It Due To Inflation, New Study Finds 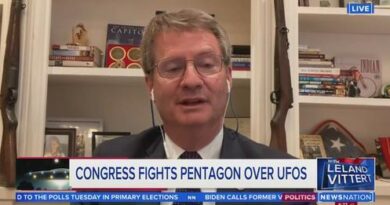 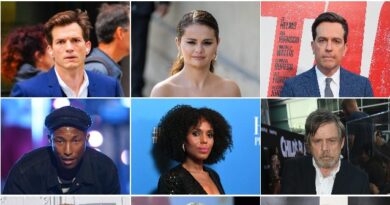