By Irina Slav of Oilprice.com

Private equity investment in oil and gas has been on the wane in the past few years amid the drive toward more ESG-oriented investments and pressure on the industry from the federal government, which has prioritized a shift to renewable energy.

This is changing, however.

With oil prices lingering in the three-digit territory and the U.S. and other large consumer countries scrambling for more oil and gas, the industry once again looks attractive.

The Wall Street Journal reported this week that oil and gas investment funds in the United States are seeing renewed interest from investors in the industry. One of these, Post Oil Energy Capital, told the WSJ’s Luis Garcia that “We see investors more interested in investing in our new funds going forward than we’ve seen in the last 18 to 24 months.”

The firm also said it had plans to set up a new investment fund to take advantage of newly opened investment opportunities in the oil and gas space. A sector player named Lime Rock Management, for its part, told the WSJ’s Garcia that it had recently raised more than $500 million to spend on oil and gas fields.

It appears that, unlike the persistent constraints in the industry itself, which are preventing U.S. producers from boosting output as quickly as many would like them to, energy investors cannot resist prices of above $100. And these are likely to remain there for a while yet.

“EIU expects oil prices to remain elevated above US$115/barrel for most of the year. The risk of further spikes in prices has increased as well,” said the chief economist of the Economist Intelligence Unit, Matt Sherwood, this week.

Sherwood cited falling Russian oil production because of the sanctions and the fact that spare production capacity among OPEC+ members was concentrated in Saudi Arabia and the UAE, and it was only about 3 million bpd, besides the apparent unwillingness of the two countries to deploy it.

What this price outlook means for the industry is continued investor interest, it seems. The longer prices remain elevated, the longer investor appetite will last, and this is very welcome news for independent drillers.

These have been hailed as the big winners of the latest price rally as they were not subject to shareholder pressure with regard to capital discipline. Yet, as one CEO of an energy independent told Oilprice, the small drillers’ club is not trouble-free.

Banks and private equity firms have been shunning oil and gas investments, Margaret P. Graham said last week, following the agenda of the federal government for a shift to renewables.

The independents are seen as a big driver of any U.S. production increase this year and next—and this increase is expected to be substantial, according to the Energy Information Administration. Renewed interest in oil and gas investment, therefore, is even better news for future U.S. oil and gas production trends.

It will, however, take time. Last year, the WSJ’s Garcia reported, private equity funds raised $2.48 billion across seven oil and gas funds. This compared with $15.66 billion raised across 21 funds in 2020. Yet, with prices set to remain high, fund managers appear to be cautiously optimistic.

“We are still not seeing a lot of that activity with endowments and foundations that made it a policy not to invest in fossil fuels anymore,” Jeff Eaton, managing director of fund placement gent Eaton Partners, told the WSJ. “We’re seeing it from some of the groups that either don’t have those policies in place or are willing to look past them a little bit because they’re starting to see a potentially attractive investment opportunity.”

It appears that the tables are turning as the world’s energy demand grows while supply stagnates, offering new opportunities to energy investors and new sources of much-needed funding for energy companies. 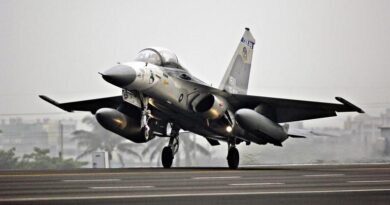