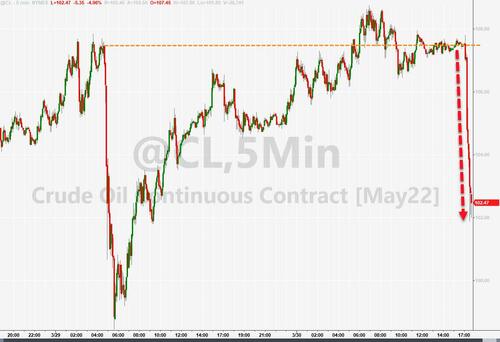 Tell us if you’ve heard this one before…

For those keeping score, we believe this is the third time in the last month that the Biden administration has tried to jawbone crude oil prices lower with an ever-increasing ‘threat’ of releases from the Strategic Petroleum Reserve.

This time is different though as Bloomberg reports that, according to people familiar with the matter, the Biden administration is weighing a plan to release roughly one million barrels of oil a day for several months. The total release may be as much as 180 million barrels, the people said, which is quite a step up from the 30mm barrel release ‘mulled’ on March 25th (yes 5 days ago).

The instant reaction from the algos was to sell, knocking WTI down around 4%…

However… as much as we want lower gas prices, these actions by the administration are bordering on the insane.

Of course, just like last year’s SPR release, which actually sent oil prices higher as the strategy backfired spectacularly, another shot of supplies from the reserve would probably be futile.

To further illustrate this point, the chart below shows that a release of 180M barrels from the reserve (which is supposed to be reserved for emergencies) would take the Strategic Petroleum Reserve to its lowest since 1984…and so far has done absolutely nothing to slow the surge in prices…

In fact, this time around, it’s possible – even likely – that the backlash could be even more punishing, since, when adjusted for the present level of implied demand, SPR levels are already at their lowest levels since 2002, with just 33 days of supply.

But like the old saying goes: if at first you don’t succeed, then try, try again. In all likelihood, President Biden and his team probably aren’t all that concerned with the short-term market impact, since political decisions like these are all about optics anyway.

Of course, Einstein seems to have been right: “insanity is doing the same thing over and over again and expecting different results.”

And when this SPR release (should it ever actually happen) fails to do much of anything to drive prices lower, how much longer until the administration resorts to the next logical steps, being 1) gas stimmies (like our European allies) before 2) price controls?

Bear in mind that OPEC+ is still shunning any demands from Biden to increase production ‘for the sake of global democracy….or his approval ratings or some such…’ and the cartel is widely expected to ratify a production increase of 432,000 barrels a day for May.

Simply put, as old saying goes, the cure for high oil (gas) prices, is high oil (gas prices), and notably, there is some evidence of demand destruction starting to happen as gas prices soar to record highs.

And as we noted earlier today, the decline in implied gasoline demand is fairly concrete proof that record high prices are dampening consumption across the country.

On a four-week moving average basis, demand appeared to have stalled out around 8.8 million barrels a day as levels fell behind seasonal trends. Now, it appears to have fully turned around, falling 61,000 barrels a day week on week.

However, of course there is government intervention to consider, consumer subsidies may actually worsen the situation by limiting demand destruction, with California, France, Brazil and Mexico being the latest to enact policies to cut prices at the pump.

Sadly for Biden’s approval rating (and drivers across the country), the recent resurgence in crude prices suggest pump prices will soon be on the rise again. 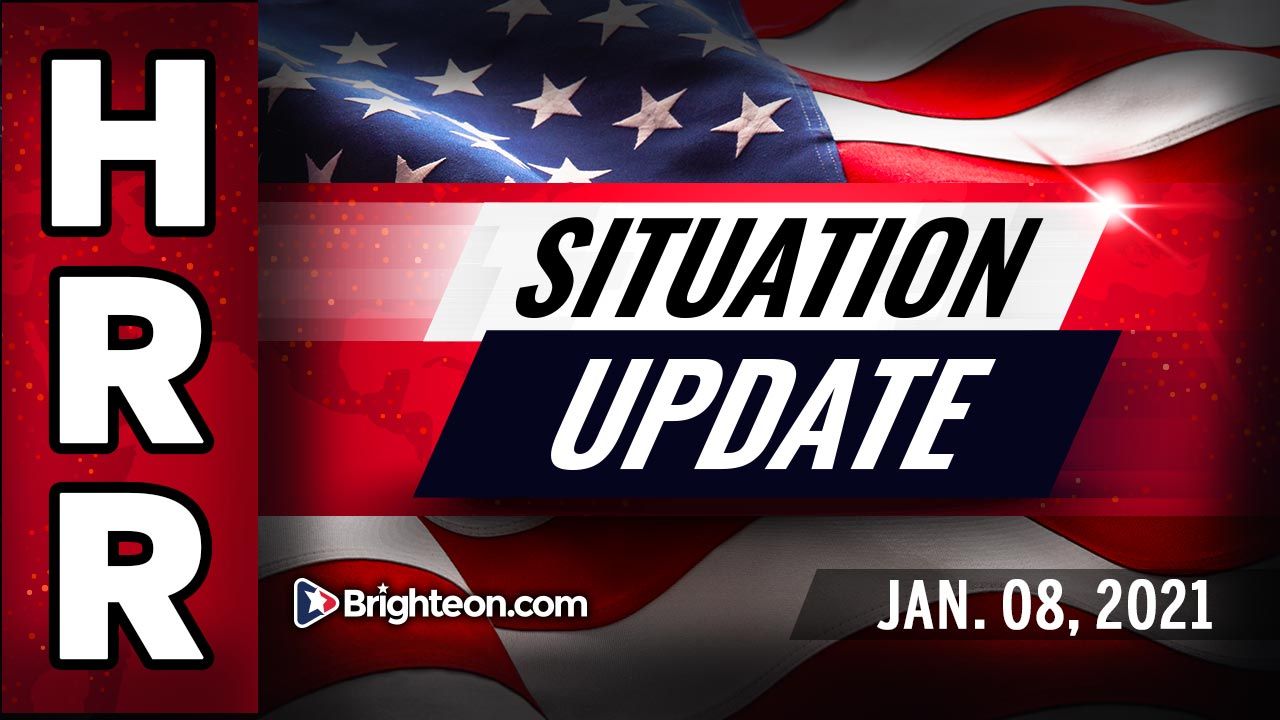 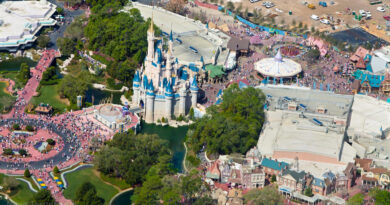 Walt Disney Company is infested with perverts â€“ is this why the company opposes Florida’s anti-grooming legislation?