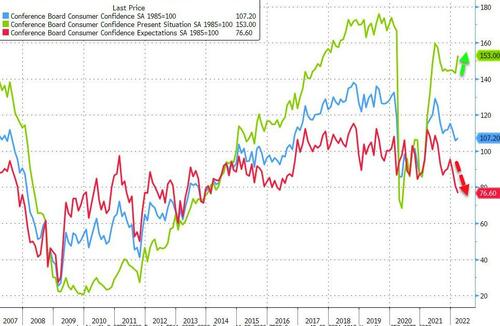 Millennials (born between 1981 to 1996) have spent much of their lives living in an economic utopia where goods are cheap and plentiful. Unlike the generations before, these youngsters have yet to experience rapid inflation and shortages until now.

On Tuesday, BlackRock Inc. President Rob Kapito told an audience in Austin, Texas, hosted by the Texas Independent Producers and Royalty Owners Association, that an entire younger generation is quickly finding out what it means to suffer from shortages, according to Bloomberg.

“For the first time, this generation is going to go into a store and not be able to get what they want,” Kapito said. “And we have a very entitled generation that has never had to sacrifice.”

He said the economy suffers from “scarcity inflation” due to the fallout of labor shortages, lack of agricultural supplies and affordable housing, and high energy prices.

Perhaps the latest data from the Conference Board’s Consumer Confidence captures the mood of millennials, which by the way, is not great at the moment. Their confidence in future economic expectations is slumping.

Inflation at a four-decade high is hampering households’ ability to spend. Their real wage gains are negative when factoring in inflation, and their inflation expectations in March soared to a record high. Inflation fears aren’t going away.

Weakening sentiment and worrisome inflation are because not everyone can easily navigate today’s economic turmoil. Younger generations tend to be renters, own nothing, and have limited savings as they spend well beyond their limits.

Kapito warned: “I would put on your seat belts because this is something that we haven’t seen.”

Some folks are not entirely enthused by Kapito’s comments…

I support eating the rich during these difficult times pic.twitter.com/qxgB9hrjlF 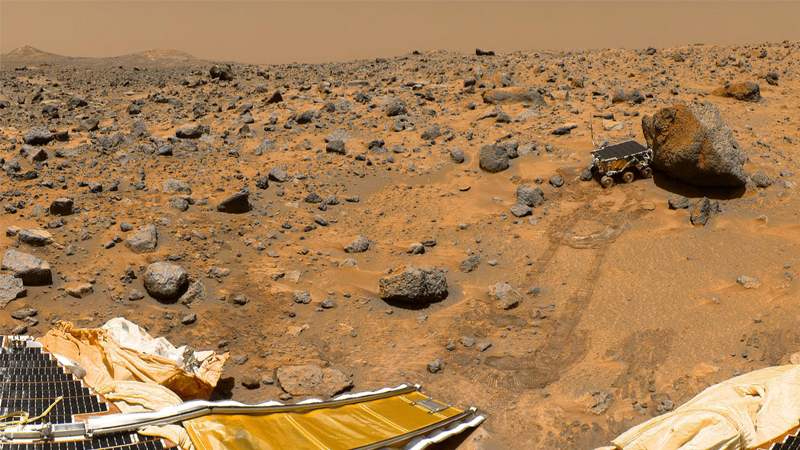 Water On Mars Not As Widespread As Previously Thought