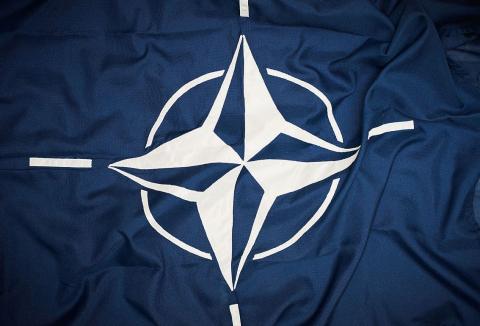 American policy makers have shown a surprising about of sanity so far in response to Russia’s invasion of Ukraine. While some war enthusiasts among the American punditry have certainly been agitating for World War III, the leadership in both the White House and Congress has repeatedly and straightforwardly refused most calls to escalate the conflict.

Unfortunately, a number of foreign parliaments among the US’s NATO (North Atlantic Treaty Organization) “partners” have not been nearly as hesitant to escalate matters. Among the most reckless on this issue have been lawmakers from a number of Eastern European states. For example, policymakers in the Baltics in recent weeks have called for a no-fly zone in Ukraine. Newsweek reported this month:

Lithuania’s parliament unanimously approved a resolution calling for a no-fly zone over Ukraine—joining other NATO members Estonia and Slovenia in the appeal. Rihards Kols, chairman of the Latvian parliament’s foreign affairs committee, also announced [on March 17] his country is calling for such a zone.

But here’s the problem: a so-called no-fly zone would be a de facto declaration of war on Russia by NATO. Moreover, when we say “by NATO,” we mostly mean “by the United States.”

At around the same time, the Polish regime began its own scheme to escalate the war and bring the US into direct conflict with Moscow. Warsaw, apparently without consulting Washington, hatched a plan to send fighter jets to Ukraine via US military bases and then have the US “backfill” Poland’s air force with F-16s. This would have constituted a significant escalation as well, and was fortunately quashed by the White House.

This sort of behavior that free rides on the American taxpayer has become an identifiable pattern with countries that see themselves as benefiting enormously from US military spending but who contribute next to nothing to US security or even to the NATO alliance.

As a result, when Estonian lawmakers—Estonia being a country that has no air force at all beyond a few unarmed surveillance aircraft—want a no-fly zone, these people know it will be mostly somebody else who will fight, die, and sacrifice to pay for it all. “Someone else,” of course, will often mean American pilots and American taxpayers.

Moreover, the idea that these countries offer any sort of strategic advantage to the US in terms of defending vital American interests is implausible. The current war in Ukraine has well illustrated just how weak the Russian regime is in terms of projecting power anywhere beyond its immediate neighbors. The idea that Poland and Estonia serve as valuable “buffer states” between the US and a second-rate power like Russia is hardly convincing. These NATO members are simply not critical allies. Rather, they are net liabilities that may even end up forcing an escalation that draws the US into a war with another nuclear-armed power. The US’s pledge to defend Eastern Europe through organizations like NATO can at best be described as a form of humanitarian aid for member states that have nothing to offer in terms of vital American geopolitical benefits.

Who Pays for NATO?

In collective security organizations like NATO, Americans find themselves in a position of financially supporting the military defense institutions of foreign states that not only benefit from the largesse, but have the potential of turning regional wars into a global Third World War.

The unfortunate mechanism behind all this is NATO’s key provision—article 5—which states that an attack on any member shall be considered to be an attack on all members. This means that when some NATO members court conflict and act recklessly, this could end up imposing large costs on all other NATO members.

This enormous downside to NATO’s structure is generally ignored in favor of focusing on NATO’s presumed deterrent effect. That is, it is assumed that the enormous amount of military resources controlled by NATO members overall will prevent any outside state from attacking any NATO member.

Some member states, however, contribute an outsized amount of this spending, while other states contribute very little. This is true of the two types of spending on which NATO and its deterrent effects are based.

The first is NATO’s operational budget, which funds NATO joint programs and institutions. In this, the US has historically put forth more than a fifth of all funding. As recently as 2019, for instance, 22.1 percent of NATO’s “common-funded budgets” came from the United States. Germany came in second place with 14.7 percent, and France came in third with 10.5 percent. In 2021, NATO members adopted new budgeting that reduced the US’s share. The current plan, to be in effect through 2024, has the US and Germany as the largest contributors at 16.3 percent of common funding. The United Kingdom and France are third and fourth, respectively, with 11.3 percent and 10.5 percent of common funding.

Total spending on the NATO budget, however, is a small affair at only €2.5 billion.

The real benefit of NATO membership—felt mostly by its small-state members—comes from the deterrent effect that comes from the collective military capability of all members.

For example, the total military spending of all NATO members combined is more than $1 trillion. So how much of this total is provided by US taxpayers? In the first graph, we see that the US’s share of this is 70.5 percent, and that the top ten contributors constitute 95.0 percent of all military spending. That is, the US contributes 70 percent of all NATO defense dollars while the next nine states contribute an additional 25 percent. The other twenty NATO member states contribute a meagre and forgettable 5 percent of all spending.

In the second graph, we see this spending for 2020 expressed in constant 2019 dollars. (I’ve left off the US for the sake of providing a better sense of scale.) Most NATO members spend totals on defense that constitute a tiny fraction of US spending—which totaled $766 billion in 2020. The next largest spender—the UK—came in at less than one-tenth of US spending, with $58.4 billion. Estonia, meanwhile—where a majority of legislators call for the rest of NATO to enforce a no-fly zone—spent less than $1 billion.

Admittedly, of course, it is not reasonable to expect a NATO member like Latvia or even Hungary to spend hundreds of billions of dollars on military personnel and equipment. They’re simply too small. But even when military spending is measured as a percentage of GDP, it is clear these countries are counting on someone else paying most of the tab.

By this measure, the US still spends the most at 3.7 percent of GDP. Yet, no other NATO member even cracks three percent, and, at least as of 2020, eighteen members were spending less than 2.0 percent of GDP on defense.

By pointing this out, I’m not congratulating the United States regime for spending enormous amounts of taxpayer wealth on the Pentagon. Indeed, military spending in the US is absurdly bloated. Much of this spending is claimed to be necessary on the grounds that the United States must “defend” Europe—and thus continue to allow Europe’s regimes to milk American taxpayers, year in and year out. Nor am I claiming the US’s regime is a victim here. The regime in Washington clearly benefits from this status quo since it ensures Washington retains an enormous amount of geopolitical power and well-funded military institutions. Rather, it is the US taxpayer who suffers in this corrupt bargain between Washington elites and the regimes of Europe.

Update on Day 78 of Russia’s SMO in Ukraine