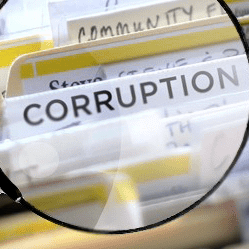 Joining us to discuss this is Max Blumenthal. Max is an award-winning journalist and the editor and founder of the website The Grayzone Project, where he has reported extensively on the neo-Nazis in Ukraine. Max previously here at The Real News reported on how the United States has directly armed Nazis in Ukraine by arming the Azov battalion, and in fact, the Azov battalion has posted photos on its website showing it meeting with American military officials. So today we’re going to talk about how Israel, which claims to defend international Jewry, is in fact arming Nazis in Ukraine. Thanks for joining us, Max.

MAX BLUMENTHAL: Great to be on.

BEN NORTON: So, can you just respond to this shocking report from Asa Winstanley that Israel, which, again, claims to speak on behalf of international Jewry, is arming anti-Semitic, violent neo-Nazis in Ukraine?

MAX BLUMENTHAL: Yeah. It would be shocking to those who didn’t know Israel’s history. This actually didn’t shock me at all, especially given the fact that U.S. Congress has enacted a prohibition on selling arms to the Azov Battalion this year thanks to the efforts of representative Ro Khanna. I’ll explain why a little bit later. But just to summarize this really excellent report by Asa Winstanley, which is really authoritative in explaining the origins and ideology of Azov and the danger they present to Ukraine and to Europe as a whole.

So, Israel is basically just sending weapons to the Ukrainian military, which is now filled with hardcore neo-Nazi ideologues. But there’s no disputing the truth of the headline to Asa Winstanley’s article. Israel is arming neo-Nazis in Ukraine. The self-proclaimed Jewish state is literally arming neo-Nazis. And that should shock everyone, but at the same time it’s not shocking given Israel’s history, which I can kind of briefly explain.

So, what’s going on here is that the U.S., this is what I think is going on, the U.S. is unable to arm Azov, and it makes it harder for them to arm the Ukrainian military, because Azov is incorporated into the National Guard. So, they are turning to their allies. And one of the allies that the U.S. has always relied on is kind of this back channel to arm fascist death squads during the Cold War, was Israel.

The Azov militia was established in Ukraine following the Russian invasion of the Crimean Peninsula in 2014. The militia’s emblems are well-known national socialist ones. Its members use the Nazi salute and carry swastikas and SS insignias.

Human rights activists petition the court to cease Israeli arms exports to Ukraine since some of these weapons reach neo-Nazi elements in Ukraine’s security forces.

A group of more than 40 human rights activists have filed a petition with the High Court of Justice, demanding the cessation of Israeli arms exports to Ukraine.

Jewish Ukrainians gear up for fierce Russia fight, alongside the ‘neo-Nazis’ they say Putin is lying about March 4, 2022

It might seem perplexing to observers in the United States and beyond that Jews would embrace Ukrainian nationalism, which some of its opponents — including Putin — say is tinged with antisemitism.

Batozsky (Jewish) said he worked closely with the Azov Battalion during the 2014-15 conflict behind the scenes as a political consultant in Donetsk. It is this work, and his outspoken defense of Ukrainian efforts to defeat the separatists, that he says put him on the Russian hit list — and also that makes him confident that Russian charges of neo-Nazis in Ukraine are inaccurate.

“They were soccer hooligans and wanted attention, so yeah, I was shocked when I saw guys with swastika tattoos,” he said about the Azov members he got to know. “But I talked with them all the time about being Jewish and they had nothing negative to say. They had no anti-Jewish ideology.”

He insists that the image of Ukraine as a hotbed of antisemitism is absurd.

“I don’t practice, but still everyone knows I am Jewish — I have such a Jewish face! And I never experienced antisemitism from Ukrainians,” he insisted. “The military guys I am working with now really don’t care that I am a Jew.”

It seems that Israel and the Jews in Ukraine get along quite well with their “archenemy”: The Neo-Nazis.

Comrade Lenin would have called them ‘Useful Idiots’, giving Comrade Putin the excuse to invade and “de-Nazify” Ukraine. This “Russo – Ukrainian War” engineered by the WEF will only further its Agenda 2030 and establish Pax Judaica = Jewish Communism worldwide 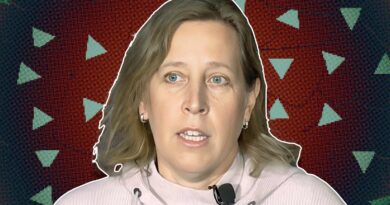