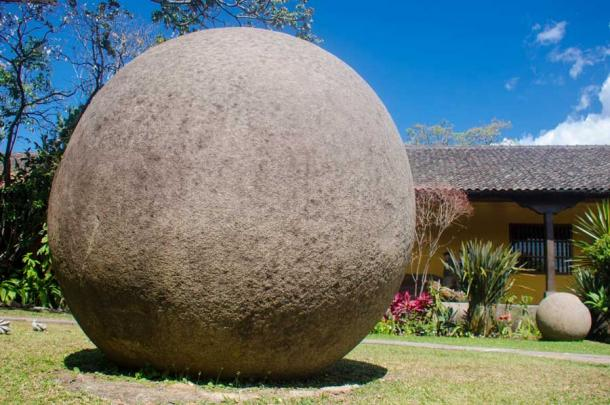 Archaeologists from Costa Rica’s Instituto Nacional de Antropología e Historia (INAH) and the National Museum of Costa Rica (MNCR) have recovered and restored six ancient stone spheres from the small island of Isla del Caño and the Diquís Delta. Archaeologists from Mexico’s National School of Conservation, Restoration and Museography (ENCRyM) were also involved in the collaborative conservation-restoration project. The collaborative Program for the Conservation of the Cacicales del Diquís Settlements between the institutes from the two nations has completed its fifth season with this project, according to the INAH website .

These mystery stone spheres add to the tally of around 300 previously discovered spheres that in 2014 were largely responsible for the Pre-Columbian Chiefdom Settlements with Stone Spheres of the Diquís making it to the UNESCO World Heritage Site list.

The stone spheres were first discovered by workers of the United Fruit Company while clearing the forest in the Diquís Delta region for banana plantations in 1940. Not realizing their archaeological worth, the spheres were freely used as ornaments in the front yards of government buildings and fruit company executives, according to an article in Ancient Origins . In the process, apart from being moved from their original location, many spheres were damaged or broken and some were even callously dynamited.

It would have been hard work moving this giant sphere, but it likely was moved here in the ancient past to adorn an important property.

These petrospheres are associated with the Diquís culture that arose in the Valley of the Rio Grande de Térraba, as Heritage Daily reports. It was an advanced culture with complex social, economic and political systems. Most of the stone spheres found date to the Chiriquí Period between 800 and 1500 AD, when the settlements around the Térraba River and its tributaries grew larger and developed culturally.

Big buildings constructed using round boulders, paved roads, burial sites and walled mounds characterize this period, as do intricately worked stone, ceramic and gold objects. However, their most distinctive feature was the stone spheres that marked important areas such as public plazas and the approaches to the homes of ruling chiefs and important personages.

The true purpose of these spheres, however, still eludes archaeologists though there are many theories to account for them, ranging from status symbols to astronomical alignments. But, given that the culture that produced them has left no written records and disappeared soon after the Spanish conquest in 1561 and, moreover, they have been moved from their original location, their intent is likely to remain a mystery, the Ancient Origins article argues.

According to the INAH website , while the Chiriquí Period seems to have produced the majority of the spheres discovered, some belong to an earlier Aguas Buenas period (300 BC–800 AD), indicating a cultural continuity.

The latest intervention for the preservation, in situ, of the stone spheres was conducted in Finca or Farm 6 archaeological site located in the canton of Osa in the Puntarenas Province. Here the spheres are known to have suffered damage owing to the rock composition itself, environmental humidity and floods caused by hurricanes and tropical storms, the latest being Hurricane Nate in 2017. The original depredations of the United Fruit Company, of which Finca 6 bore the heaviest brunt, have also left their mark in the form of scratches on the surface of one of the spheres. The first step in conservation of the six stone spheres, two of which were extensively damaged and required delicate “surgery”, was to dig them up. They remain buried 2 meters (6.5 feet) deep as a conservation measure and show only their crowns. “The intervention included surface cleaning and stabilization through the application of edging and patches of enriched lime-sand mortar, to slightly increase the hardness, as well as the placement of protective layers with these mortars in the relevant places,” the INAH press release quotes Isabel Medina-González  of ENCRyM-INAH as saying. The spheres were then reburied with layers of geotextile, gravel and sand around them. “We have verified that this allows a homogenization of temperature and humidity, avoids contact with the acidity of the clay soil, and prevents the growth of vegetation in the vicinity,” Javier Fallas of MNCR explained according to the INAH release. He also said that experimentation with temporary roofs was also carried out to protect the spheres in the rainy season. In 2021, the MNCR held the “Legado en piedra” exhibition curated by Javier Fallas to spread awareness about these stone spheres. The exhibition also explained the Mexico-Costa Rica collaboration that has resulted in the restoration of eight spheres so far.

The remarkable stone spheres of Diquís are a testimony to the skills of the advanced pre-Hispanic civilization that produced them. Their sculpting in those early times with primitive tools must have been challenging and their production in large numbers is proof that they served an important, though as of now unknown, purpose. In working on their conservation, the joint Mexico-Costa Rica program is preserving a unique and crucial heritage. 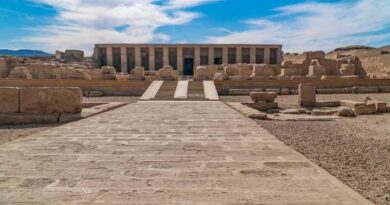 Helicopter hieroglyphs? Debunking the ‘mystery’ of the Abydos carvings

US Moving Troops From Germany to Poland, Trump Says