Often, Narratives pile up lots of baggage. To effectively deal with it, one must unpack it. One bit of luggage sticking up from the heap is the assertion that now the ruble has a link to oil. This is an indirect appeal to the wet street causes rain, i.e. that the price of oil set in dollars is why the dollar is the world’s reserve currency (and why the dollar has value). But it goes beyond merely this error.

Ayn Rand said that, “in the realm of cognition, nothing is as bad as the approximate.” The word link gives an approximate understanding. Oil is valuable. Whatever currency is linked to it surely must also be valuable. More than a penny per ruble, right?!

But what is a link? We have sometimes joked about those new flavored seltzers. The can says, “peach flavor”. There is a link between this sparkling-water-that-doesn’t-quite-taste-like-water and peaches. The link could be that the truck carrying the seltzer drove past a peach orchard. Or it could be something else.

In a Narrative such as this one, the word link is meant to suggest causality, without going so far as to state the alleged cause (and thus be exposed to debunking). In other words, they prefer to say that there’s a link between wet streets and rain rather than say outright that the cause of the rain is the wet streets.

It is true that, if it is raining, then the streets are wet. But note that causality is one way. We cannot say that if a street is wet that this necessarily means it is raining. It could be that someone is washing his car with a hose.

We cannot say that if a currency is remitted to pay for oil, that this necessarily means that currency is a reserve currency.

Another kind of link is associative. Some corporations donate money to certain charities. A few of them become known for this charity, for example McDonalds and Ronald McDonald House. People who buy McDonalds burgers may feel that the restaurant is linked to the cause of improved children’s health.

In this Narrative, saying the ruble is linked to oil suggests that something good from oil will rub off on the ruble. If it were voiced clearly, it would sound something like this: “Europe is remitting rubles to buy oil, therefore something and the ruble will somehow go up, somewhy.”

This brings us back to the link between the ruble and gold. The fact is that the Russian central bank makes a bid to the commercial banks. This bid is below the global market price.

So, what’s the link between the ruble and gold?

Party A is buying gold from party B. The economic calculation that determines the price in the free(er) markets of the world is done using dollars. The Russian banks are restricted from participating in that market, so the price they obtain from world markets is a discount to that price (this discount is also determined by dollar calculations, for example the costs of laundering it).

So, what’s the link between the ruble and gold?

Price Fixing and the Gold Standard

One wrong way to understand the gold standard is: a price-fixing scheme. The central bank just declares the price. Or a price floor that it won’t let gold go below (but would allow it to go above, as in this scenario). While a few people accept that a central bank can just decree such a thing, most people demand to know what backs the fix.

This leads to a corollary notion: that a gold standard is when the central bank maintains a certain ratio of paper currency to gold. And there are vigorous debates in certain circles about what the right ratio is. But anyways, whatever the right amount of gold is, the feeling is that if a central bank had it, then it could declare a new gold standard.

Price Fixing Between Rubles and Gold

The present Narrative exploits these notions. They are telling us that, first, Russia is acquiring the requisite gold by this 5,000-ruble bid. And they are getting it at a discount, which shows they are wise and far-sighted (a common element in many Narratives about how authoritarian regimes will beat America in some way is that they think and plan long-range, because they are run autocratically, whereas America is handicapped by having to act transparently and decide democratically—the opposite of reality).

Second, they are telling us that 5,000 rubles is the new price floor of gold. Finally, they tell us that the ruble will strengthen—because of the gold which is now backing—i.e. linked—to it. As the ruble goes up, so they assert, 5,000 rubles will be worth more and more in dollar terms. And therefore, the ruble’s rise will drive up gold.

This is a big switcheroo. We went from (1) Russia making a lowball bid on gold to (2) this is the fixed price of gold in Russia gold-backed ruble gold standard to (3) the gold backing will drive up the ruble all the way to, astonishingly, (4) the ruble will begin to rise under its own steam and drive up the price of gold in dollars(!)

#4 is kind of the opposite of #3. We wonder which is supposed to drive which.

There are many articles about this alleged mechanism. We’ll pick on this one (it even has the same chart showing the Brent – Urals spread). It claims that Russia will impose a gold standard in three easy steps: (1) offer [bid] a premium [discount to global price] for gold to domestic banks; (2) strengthen the ruble [ice cream sandwich] by making Europe [the homeowner] buy it for them, which supposedly encourages international gold flows into Russia [goods flow from where they’re cheap to where the price is higher]; and finally (3) turn the ruble into a credible gold substitute.

Well, yes, as to that credible gold substitute. The article advises readers: “Rather than speculate on the Ruble, just buy the gold.”

This article goes even farther, asserting that arbitrage traders drove up the ruble, now that the ruble “has a floor to the US dollars, in terms of gold [sic].”

So, the first article makes the case for why the ruble would be strong, at least in theory, due to an arbitrage. But the difference between abstract economic theorizing and giving advice to subscribers is that only in the former case does one argue for the ruble being equivalent to gold. In the latter, of course, it’s “don’t try this at home kids.” 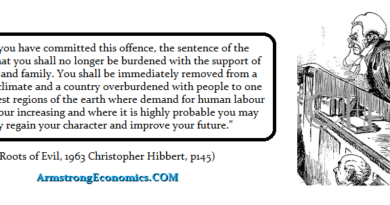