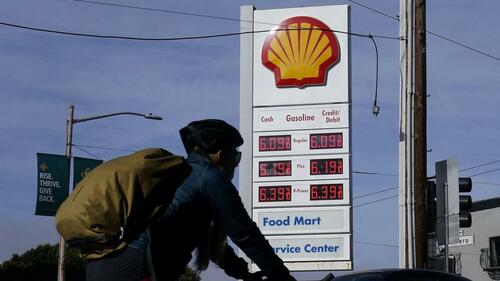 With his latest attempt to ease Americans’ pain at the pump, President Biden has pulled off something truly remarkable. He’s managed to infuriate climate activists and the oil and gas industry, all while jacking up demand for America’s most vital agricultural commodity: corn.

The president is set to announce Tuesday during a visit to an ethanol plant in a remote town in Iowa that the EPA will eliminate restrictions on high-ethanol-content gasoline to be sold during the summer months. The decision hasn’t yet been confirmed, but senior administration sources have leaked the news to WSJ and a handful of other media outlets.

The decision will allow gasoline with 15% ethanol to be sold between June 1 and Sept. 15. Normally only a 10% ethanol blend can be sold during that time period to reduce smog caused by the 15% blend’s higher volatility.

Administration officials say the decision could shave as much as 10 cents off the price of a gallon of gasoline (which is roughly the same impact they had estimated for Biden’s latest SPR release, although the investment banks immediately projected that it would likely send oil prices higher, not lower).

Iowa’s two Republican senators, Chuck Grassley and Joni Ernst, immediately celebrated the news on Twitter (since their state, being the country’s largest producer of corn, stands to see the biggest benefit from the Administration’s policy).

.@ChuckGrassley & I have been calling for this for months. As gas prices continue to rise, I hope the president will take this badly-needed step to help consumers and our rural economy.https://t.co/B0wyhhicfi

Of course, since corn prices have been rising right alongside oil, whether this will actually have any impact on the price of gasoline is unclear. Energy industry officials have instead pushed Biden to combat higher prices by encouraging more investment in oil and gas infrastructure, something the administration has so far been unwilling to do.

One top energy industry lobbyist expressed his concerns to WSJ.

“We’re concerned that the administration is not focused on the real structural problems here and is attempting to find short-term fixes that don’t get at the heart of the issue,” Frank Macchiarola, the American Petroleum Institute’s senior vice president of policy, economics and regulatory affairs, said.

And environmentalists have opposed past attempts to raise the summertime cap on ethanol content because of the additional smog it creates.

Meanwhile, expect to start paying even more for a bag of Doritos, corn-fed beef, and, well, most of the other food Americans consume.

34% US corn goes to ethanol. Pretty insane when you consider the world’s careening towards a global food crisis.

The EPA will review the emergency measure every 20 days. E15 (the term for gasoline with 15% ethanol) is presently sold at about 2,300 gas stations. There are more than 150,000 fueling stations nationally, according to API.

Whether the administration’s decision actually takes effect remains to be seen: Under former President Donald Trump, the EPA moved to permanently allow summertime sales of gasoline with a 15% mix of ethanol, in what his administration described as a “compromise” between the agriculture and energy industries. But refiners (who bear higher costs from higher ethanol gasoline) sued, and the EPA’s move was ultimately shot down. Biden officials say their decision is based on a different authority.

But there’s another problem that the administration will likely need to confront – and this one is based in markets, not law.

Because of rising fertilizer costs, American farmers have been planting more soybeans, and less corn. With higher ethanol content in gasoline creating even more demand for corn, this could create a serious supply-demand imbalance.

Maybe the administration can find a way to create gasoline out of soybeans instead?

Bill Gates: ‘Sadly Omicron Has Done a Better Job Than the Vaccines’ 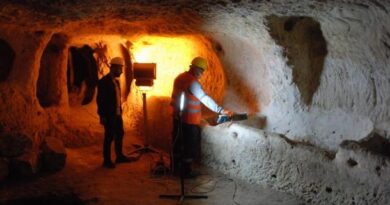 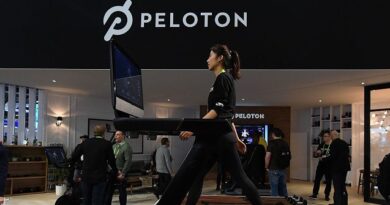