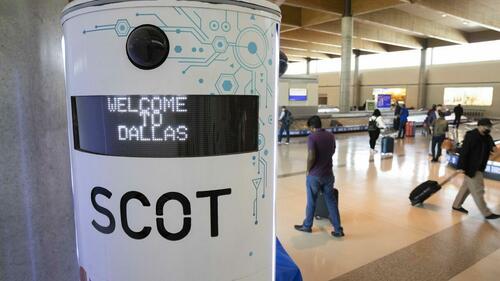 Dallas Love Field is in the midst of testing robotic assistant devices to help ensure that people in the airport are complying with rules – namely, whether or not they are wearing a mask – a rule that is still mandated at all airports in the U.S.

The robots, called Security Control Observation Towers (definitely not dystopian at all), are located by baggage claim and security checkpoints, Fortune wrote last week. They can tell whether or not a passenger is wearing a face mask.

If you’re not wearing a mask, brace yourself for a “verbal warning”, which Fortune says “could escalate in volume and severity if the infraction is not corrected”.  Definitely not a scene out of Idiocracy, right?

Love Field is one of two airports that are testing the kiosks, which are 7 feet tall. Airports are able to set individual rules for their kiosks, the report says. Love Field has yet to determine whether or not they will become permanent fixtures, though we’d bet that it’s more likely than not.

That robot is also tasked with mask enforcement, as well as noticing when people are in restricted areas.

We can hear these security towers now: “Your kids are starving. Carl’s Jr. believes no child should go hungry. You are an unfit mother. Your children will be placed in the custody of Carl’s Jr.” 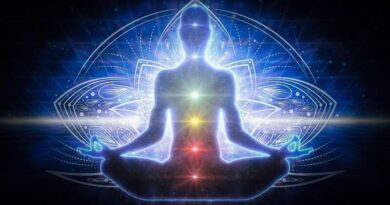 What is Kundalini Awakening? (19 intense symptoms)