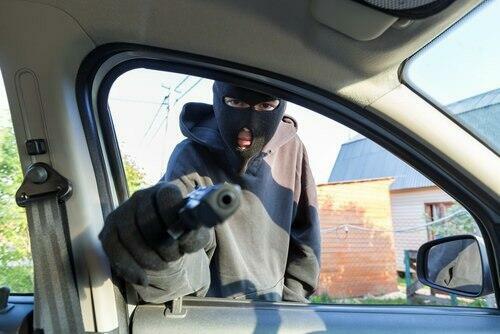 Authored by Matt Rosenberg via Wirepoints.org,

Last year Chicago suffered 1,836 carjackings, or theft of a vehicle from the driver by force. That’s five per day – and dramatically more than in 2010 – when there were 570 carjackings or just one-and-a-half per day. Carjacking is just one of the many ways Chicagoans are victimized by crime.

One of the legislative failures contributing to the jump in Chicago carjackings came when lawmakers in 2015 rescinded the right of county prosecutors to charge juvenile carjackers as adults. Juveniles have recently been responsible for nearly half or more of carjackings or carjacking arrests in Chicago.

Chicago police say growth in carjacking is being driven by juveniles; other departments nationwide report the same thing. Chicago Police Superintendent David Brown has said most carjackings in the city are perpetrated by 15- to 20-year-olds. He reiterated the centrality of juveniles today. In addition, juvenile carjackers on probation have been charged in several murders – including the killings of Chicagoans Melissa Ortega and Keith Cooper. Some analysts say victim guesstimates of the age of carjackers suggest the majority aren’t juveniles.

Part of the latest attempt by lawmakers to respond to growing pressure on crime and carjacking is HB 1100 and within it, House Floor Amendment No. 2. The bill with that amendment attached has passed the House and is now in the Senate. Sponsored by Democrats only, it aims at carjacking instigators who recruit juveniles. To further battle carjacking, it would provide for grants to local governments and community groups, and tweak the state bureaucracy. In other words, it sidesteps the core of the problem: poor arrest rates; a revolving door bail system and weak sentencing for juvenile carjackers; and lax parenting.

HB1100 defines a Class 1 felony of predatory vehicular carjacking as when anyone older than 18 recruits anyone younger than 18 to commit that crime. With Chicago’s “Don’t Snitch” ethos, good luck making that charge stick.

The bill also establishes a state program of grants to street-level intervention programs to prevent the recruitment of youths for vehicular carjacking. But there are already a slew of Chicago violence intervention groups with outreach counselors on the streets. And more funding for such groups is already planned under an executive order from Governor J.B. Pritzker. How would this add anything but another layer of government bureaucracy and funding?

HB 1100 further provides for grants to local governments, businesses, and nonprofits to identify, arrest, and prosecute carjackers and recover stolen vehicles. Again, more money? How about for starters, Cook County prosecutors don’t decline to prosecute carjacking in slightly more than half the cases police present to them with suspects identified?

The proposed legislation adds vehicle hijacking to the mission and name of the state body currently called the Illinois Motor Vehicle Theft Prevention and Insurance Verification Council. So bureaucrats sitting in a meeting room guiding plans to combat vehicle theft, recycled metal theft and insurance fraud, will now also issue directives against carjacking? One can imagine prospective carjackers quaking at the very thought.

Lawmakers have also introduced SB 4205. The bill would seek to require car manufacturers to cooperate on activating built-in GPS in vehicles manufactured in 2015 or later, if and when they are stolen. The data would be shared with police through a 24-7 hotline.

The go-to explanation for carjackings has been the COVID pandemic and kids out of school. Now, COVID has been waning for several months and yet carjackings are still up in Chicago. Through March, 2022 carjackings have increased 3 percent from the same period last year.

And in those first three months of the new year, juveniles were charged in 57 percent of carjacking arrests.

IT’S A TRAP! EVERYTHING THEY’VE TOLD US ABOUT UKRAINE & RUSSIA IS A LIE! | JUSTINFORMED NEWS #069