By David Messler of Oilprice.com

Executing a plan some eight years in the making, Russia invaded Ukraine at the end of February 2022. So savage, and indiscriminate was this attack that comparisons with the worst of World War II are beginning to be made in the non-stop press coverage. The Western world, recoiling in horror at the sight of bombed-out buildings and a civilian exodus that quickly swelled into the millions, soon sought to punish Russia by levying sanctions designed to cripple the Russian economy. After the first few days, it became apparent that the Ukrainians were going to mount a credible defense, and the Russian goal of a lighting strike to replace the government in Kyiv was not going to be realized. This war was going to drag on. As the images of what soon came to be called-war crimes piled up, Western companies doing business in Russia soon found that it was impossible to continue this practice and began pulling out of the country.

Among them a number of oil majors and large oilfield service companies quickly cut ties, removing their people, and abandoning equity and commercial interests in the country. BP, Shell, and Schlumberger, in particular have announced their intention to take major write-downs against first-quarter earnings. Will it be a train wreck for these companies? Possibly, as an article carried in Bloomberg notes, nobody wants these assets. Figuratively speaking, they glow in the dark.

In this article, we will avoid the geopolitical discussion around the invasion. You can find those discussions anywhere. Instead, we will focus on the likely impact of these write-downs on the near-term performance of the stocks mentioned. There are recent parallels in each case that may prove instructive, that we will reference.

One of BP’s crown jewels has been its ~20% stake in Rosneft, the Russian oil giant. As of the most recent reporting period, at 1,111 mboepd Rosneft contributed about half again the 2,332 mboepd reported as standalone BP in Q-4 for FY-21. In other words, BP just lost 32% of its daily output. Rosneft also contributed the largest portion of BP’s Replacement Cost Profit-a Net Income equivalent metric.

The company has been shopping the Rosneft stake hard, as this Bloomberg article notes. U.S. accounting rules require the mark to market of distressed assets, and recently the company has posted its intention to take up to a $25 bn non-cash impairment charge against Q-1 earnings. Companies usually recover fairly quickly from these non-cash impairments, so I don’t expect a big hit to the stock on that account.

Of more direct concern would be the loss of revenue and earnings Rosneft brought. A quick back-of-the-envelope check suggests that revenues and EBITDA will be reduced by ~$20 bn and ~$4 bn respectively. Those figures do not include the nearly $3.5 bn in dividends paid to BP by Rosneft in 2021.

Currently, BP is selling at an EV/EBITDA multiple of 5.6X, well in a comfortable range for a capital-intensive industry. With a $25 bn charge, cash flow will be negative, making a GAAP analysis difficult. On an adjusted basis the calculation would be impacted by the loss of $4 bn in EBITDA and shift the multiple to 6.5X. In that event the stock price would adjust to about $26 per share, down from the present $30 per share.

The company is a partner in the much-discussed Nord Stream II gas pipeline, among other projects. So far it has announced about $3.5 bn in write-downs from Russian assets. A Guardian article has it pegged at $5.0 bn. Whichever it is, they are considerably less exposed than BP, and these non-cash charges will be just a ripple on their earnings statement.

More concerning to long-term investors should be their declining reserves and daily output. This loss of Russian upstream assets detailed below is significant and inconvenient as Shell has been pruning its upstream oil and gas portfolio since the Dutch court decision. Last fall it sold its Permian position to ConocoPhillips for $10 bn, losing about 220 K BOEPD as a result. The company’s daily output has been declining for several years, dropping from about 2.6 mm BOEPD in 2018 to about 2.2 mm BOEPD in 2021. The loss of its Russian daily output will subtract another 140K BOEPD from this declining output. Some of the projects that Shell is abandoning include:

Shell has a 27.5 percent interest in Sakhalin-2, the joint venture with Gazprom, an integrated oil and gas project located on Sakhalin island. Other ownership interests are Gazprom 50%, Mitsui 12.5%, and Mitsubishi 10%.

Shell has a 50 percent interest in Salym Petroleum Development N.V., a joint venture with Gazprom Neft that is developing the Salym fields in the Khanty Mansiysk Autonomous District of western Siberia.

Shell is one of five energy companies that have each committed to providing financing and guarantees for up to 10% of the estimated €9.5 billion total cost of the project.

A joint venture With Gazprom Neft (Shell interest 50%) to explore and develop blocks in the Gydan peninsula, in north-western Siberia. The project is in the exploration phase, with no production

Including the loss of its Russian output, Shell is trading at an EV/EBITDA multiple of 5X presently which is in very comfortable territory, and will probably enable the market to look past the write-downs and production declines. What might give investors pause is their trading multiple to Flowing Barrels. On this basis, Shell is valued at $114,500 per flowing barrel, a pretty steep metric for many oil companies. BP for example trades at ~$53,400 per flowing barrel.

An FT article estimates the company’s direct investment in Russia over the last decade at $10 bn. As with the two operators we’ve discussed it is likely that Schlumberger will take a charge of the full amount of this investment. The Financial Times reports that SLB gains about 8% of its annual sales from Russia, and that could be cause for more concern than the non-cash write-downs.

SLB reports something on the order of $200 mm for the quarter and $750-$1 bn in annual sales, from Russia. The company is likely to report OCF in the range of $2.0 bn to $2.1 bn for the quarter of Q-1, 2022. Margins have been creeping toward the mid-20s, and I expect they will be sustained in that range. Bottom-line, I think the strength of the overall services market will be enough to offset the loss from Russia. We have a direct corollary to this belief in the recent past.

In Q-3 of 2019, Schlumberger took a $13 bn charge for the value of two acquisitions (Smith International-2010 and Cameron-2015). The stock actually gained afterward on the strength of its earnings and EBIT margin toward the high $30s. I think we have a similar situation for Q-1, but exacerbated only minimally by the lost revenue for Russia

So far none of the analyst firms are taking down estimates for the company. Goldman has maintained a BUY rating with a $51 target. If they deliver the revenue and margin growth I expect, the market will quickly look past the Russian effects, and send shares toward my forecast of $55.

From this high-level analysis, it appears that BP will be impacted by the loss of Russian revenues and assets enough to see a hit of ~20% on their share prices when details are announced. Given the strength of the oil market, I don’t expect this to be a long-term result, and I don’t foresee any impact on the company’s stated plans for continuing its dividend and share repurchase plans.

Shell has twice the mass of BP and is less exposed to Russia. My feeling is that investors will quickly look past the charges taken against Russia. Of more concern, as I noted above is the increasingly stretched valuation in terms of their daily production. Over the short term, I don’t foresee a share price hit from Russian assets, but declining production may eventually take the share price lower.

Schlumberger is a global service provider to the oilfield. While the incremental losses of revenue will impact regional results, its product and service offering is diverse enough that it can make up Russian losses in other markets.

All told each of these three companies will be impacted to some degree as discussed by leaving Russia over the short term. Over the next few years, the oil market is going to be so robust that it will be able to sustain revenues and earnings from other sources and remain viable investment vehicles for growth and income. 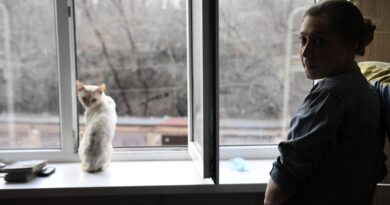 ‘Why did the Ukrainians have to kill us?’: Refugees fleeing Donbass talk to RT 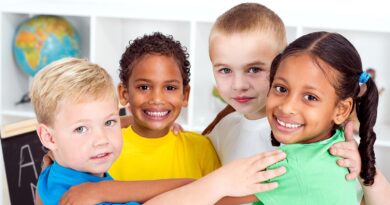