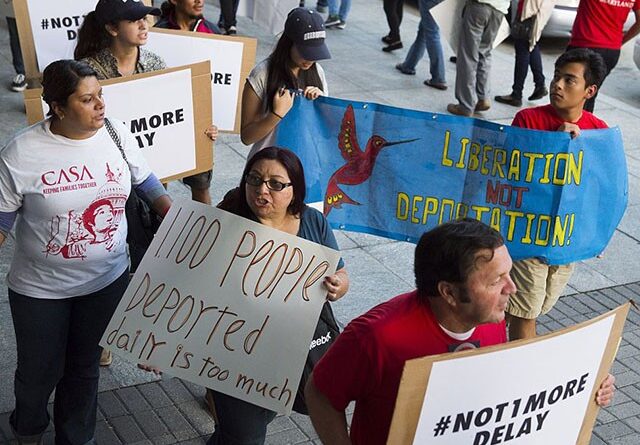 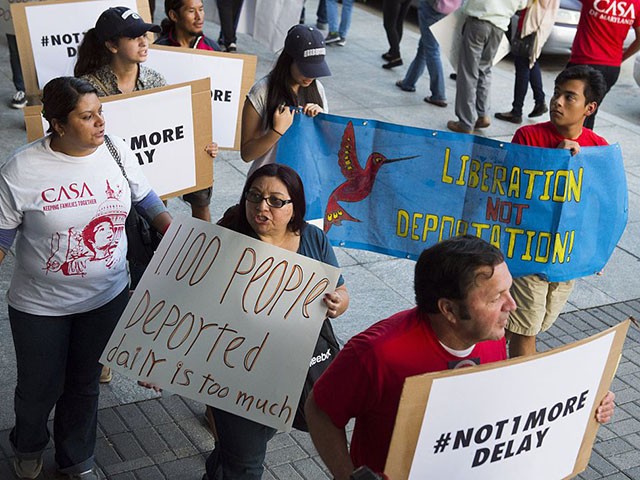 Rep. Elise Stefanik (R-NY) and 35 of her Republican colleagues are calling on President Joe Biden to remove a newly-appointed immigration judge after the judge displayed a hostile attitude toward immigration enforcement, Breitbart News has learned.

Stefanik, the third-ranking Republican in the House, detailed reasons for her and her colleagues’ “deep concern” with Judge Carmen Maria Rey Caldas and asked that Caldas be removed from her post, according to a letter sent to Biden on Thursday.

Caldas, who hails from Stefanik’s home state of New York, was part of a wave of 25 immigration judges appointed by U.S. Attorney General Merrick Garland in March. Caldas now serves on the federal Stewart Immigration Court in Georgia.

“Your administration has appointed at least one IJ [immigration judge] who has consistently and publicly expressed contempt for immigration enforcement,” Stefanik and her fellow Republicans wrote, adding that Caldas has shown “complete disregard for the role” of U.S. Immigration and Customs Enforcement (ICE).

Read the full letter below:

The letter notes that Caldas conveyed support for sanctuary cities by discouraging New York City from cooperating with ICE in a May 2019 Twitter post, according to a screenshot from her Twitter account, which Caldas appears to have recently deactivated.

Caldas wrote, according to the screenshot, “Every day, thousands of New Yorkers are fighting back against the Trump Admin, as they try to crush immigrants with the full force of the federal government. As a NY’er, @NYCmayor needs to stand with us, and NOT increase NYC’s cooperation with ICE #not1more.”

The hashtag #not1more has appeared frequently as a rally cry from open borders activists to end deportations.

Jon Feere, a former Department of Homeland Security official within ICE, shared other examples, which are also noted in Stefanik’s letter, that demonstrate Caldas’s disapproval of ICE and her open borders stance.

Biden’s ignorant new immigration judge says ICE officers are “just guys who are walking around with guns calling themselves law enforcement.” https://t.co/YbNHrMcOHS The men and women of ICE receive a hell of a lot more training than @CarmenMariaRey ever will in her new gig. https://t.co/AAmIK2GcW4 pic.twitter.com/BmPmd3eDxe

Caldas, per a Twitter screenshot, explicitly agreed in 2020 with the statement that some immigration enforcement is “pointless.” In a local NY1 television appearance in 2019, Caldas described ICE as an “arbitrary deportation force” whose agents were “just guys who are walking around with guns calling themselves law enforcement.”

Appointing a judge who has encouraged jurisdictions to not comply with a federal law enforcement agency is a disgrace. Her decisions will undoubtedly impact the safety of communities across our country, as violent felons, rapists, and murderers are included among the 1.2 million final removal orders in the United States.

Judge Rey Caldas has even gone as far as to degrade ICE officers in a television appearance. … By definition, ICE is a federal law enforcement agency under the Department of Homeland Security. ICE officers are respected, brave individuals, who spend several months preparing to serve our country. This statement should have been an automatic disqualifier for appointing her to our immigration court system.

Immigration judges work within the Department of Justice (DOJ) and preside over proceedings that determine if foreign nationals can be removed from the United States. These proceedings, which happen within an increasingly overwhelmed immigration court system, frequently involve hearing cases for illegal migrants who have claimed asylum.

Asylum cases alone are currently so backlogged that a recent study found an illegal migrant’s average wait time for their case has grown to 58 months. During the wait time, the federal government often grants the migrants authorization to live and work in the United States, despite the legal argument — currently awaiting a Supreme Court review — that migrants claiming asylum must be detained until their case has reached a final conclusion.

Releasing rather than detaining asylum-seeking migrants into the U.S. works to perpetuate crisis-level migration flow because it allows the migrants to get American jobs that they need to pay off their smuggling debts, which they typically take on when smugglers assist them with border crossing.

The study also observed that under Biden, who has an open borders posture that has contributed to record-breaking numbers of illegal migrant encounters at the southern border, pending immigration cases have reached their largest number on record and are “accelerating at a breakneck pace.”

The congressmembers urged Biden to remove Caldas as an immigration judge, concluding, “As we face the worst border crisis in history, it is essential that the IJs at our border are willing to uphold our country’s immigration laws.”

Breitbart News reached out to DOJ’s Executive Office for Immigration Review to inquire on if it approves of Caldas’s past remarks but did not receive a response by the time of this publishing. 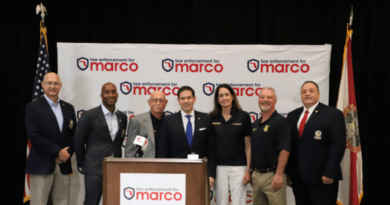