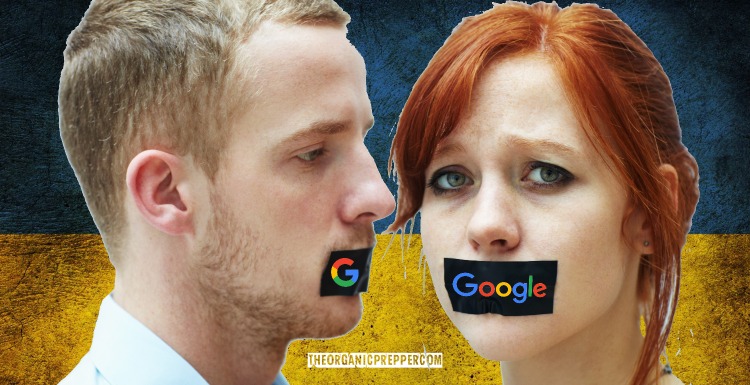 by Aden Tate, The Organic Prepper:

A very strange email was sent out to website owners by Google just the other day, further proving that Americans are no longer allowed to speak the truth. The email reads as follows:

Due to the war in Ukraine, we will pause monetization of content that exploits, dismisses, or condones the war.

Please note, we have already been enforcing on claims related to the war in Ukraine when they violated existing policies (for instance, the Dangerous or Derogatory content policy prohibits monetizing content that incites violence or denies tragic events). This update is meant to clarify, and in some cases expand, our publisher guidance as it relates to this conflict.

This pause includes, but is not limited to, claims that imply victims are responsible for their own tragedy or similar instances of victim blaming, such as claims that Ukraine is committing genocide or deliberately attacking its own citizens.

Anything that exploits, dismisses, or condones the war is now verboten. Dismiss the notion of America entering World War 3 as a good idea? See ya.

The “condoning” part only applies if you’re Russian. The final paragraph makes it very clear that unless you are condoning Ukraine, you are violating Google’s new rule. (For the record, I don’t like either side here.)

Also, this letter is as deliberately kept as vague as possible. Say anything that challenges the mainstream media narrative – even if that narrative has turned a 180 – and you’re now to be erased from the internet by means of hitting you in the wallet.

This impacts virtually the entire internet.

Almost every ad network uses Google to serve ads. Not only is Google AdSense impacted by this decision, but nearly every major ad network that exists. The majority of the internet has just been hammered by Google – forced to comply with the mainstream narrative.

If you do not, then you risk losing one of your primary sources of income should you be a content producer online. While censorship of the internet via demonetization is nothing new (witness the de-funding of The Organic Prepper months ago due to the actions of a shadowy, globalist organization allegedly based in Great Britain), this is yet another strike against truth.

There seems to be an ever-increasing push for the war in Ukraine to spread into World War 3 and for America to get involved with direct, conventional action. Freedom of the press is one of the best ways that any people can voice their opposition to tyranny and falsehoods. We’ve now reached a point, though, where yet another aspect of “the conversation” has been taken away from Americans. You already aren’t permitted to question critical race theory, the filth that is taught in public schools, or what is morally wrong.

Now, you’re not allowed to ask questions about anything dubious related to Ukraine either. If there’s one thing that 2020 taught the world, it’s that lying seems to be a regular national policy of nations across the globe. What if the claims that lead to being demonetized by Google are, in fact, true?

Have we seen any moments throughout recent events where what was once deemed to be conspiracy later was acknowledged as truth? Have we seen goalposts move? Have we seen “the science” change?

Why is nobody allowed to question what is going on overseas now?

Whether the claims are indeed true or not, what harm comes from examining them? Why is there a problem with establishing the veracity or fraud of a particular issue?

(For information on how you can help to starve the beast, check out our free QUICKSTART Guide on the subject.)

Think about this as well…

The year 2020 forced millions around the globe into online work. The Great Resignation most certainly was largely a result of getting paid to sit on one’s butt at home, but it also was caused by tyrannical policies being put into place at companies.

Whatever money they’ve managed to cultivate via the ad networks of their website (which was built off of examining truth) now is being threatened.

What can we do?

Are there solutions to this problem? I don’t purport to have all the answers, but here are a few ideas that immediately spring to mind that I think could flourish:

Seeking out whatever alternative advertising networks that remain if you’re a website developer.

As mentioned above, the pickings here are slim. I’m not a huge fan of this approach (it feels like the search for the always moving loophole), but it does appear to be an option.

For those unaware, Substack is a subscription newsletter service where readers can support their favorite news analysts, alternative news sites, and the like via subscribing to access content. In a way, it’s very similar to Patreon (which The Organic Prepper has, by the way).

The content creator still is able to create content and keep the lights on in the process, and the reader is still able to read the information they’re looking for while keeping that information flowing.

Buy as much Google stock as possible?

I’ve long wondered about this approach. It’s been pointed out before that buying up the majority stake of a company allows one to basically control the direction of the company. Shareholders have a very loud voice when it comes to publicly traded corporations.

Much like Elon Musk’s move to take over Twitter (and no, I still don’t trust Musk 100% of the way) to return it to what he claims are its original roots, could the same not be done with Google? If the majority of the shareholders were patriotic Americans who are tired of seeing the growth of a technocratic dictatorship in their country, could they not replace the leadership of Google?

The Ministry of Truth has spoken.

And now, you all must fall in line, or you’re not going to make any money. There is a huge push for homogeneity of narrative. “Toleration” was only a buzzword used to let the cobra into the house. Now that the snake has entered, he’s intent on spreading as much venom as possible. 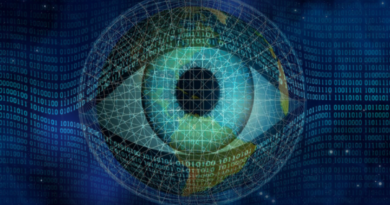 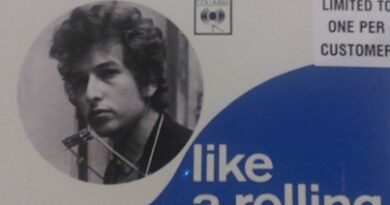 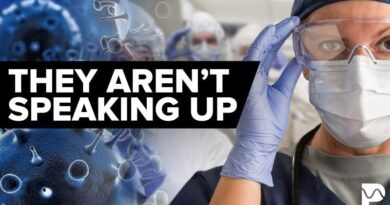 Get the Jab or Pay More for Health Insurance?