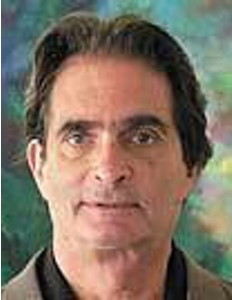 Let’s get something straight. There is no pure form of socialism, where “the government owns the means of production.”

The means of production own the government, and vice versa. It’s always collusion. Elite power players stitch themselves together like a walking Frankenstein corpse.

Socialism can be done with a smile or with guns and jails. Styles vary.

For example, the Council on Foreign Relations [CFR] believes an international “joining of hands across the water” would be just dandy.

You could call the CFR’s agenda socialism or Globalism or fascism or dictatorship or the corporate state—it doesn’t matter. For the sake of brevity, call it socialism.

At street level (not within the CFR), every proponent of the socialist “solution” either has no idea who installs it and runs it, or astonishingly believes “the government” can be transformed into a beneficent enterprise and shed its core corruption, as it takes the reins of absolute power.

Meanwhile, the ultra-wealthy elites who use socialism as a weapon, while propagandizing it as our humanitarian future, know full well THEY will run it, and they have no qualms about placing severe limits on the freedom of populations. They want to impose those limits.

Hope and Change, the slogan of the former US president Barack Obama, was perfect for street-level socialists. It was vague enough to be injected with their own vague dreams and fantasies.

Colleges—or as I call them, Academies of Great Generalities—have been turning out these fantasists by the ton. “If I feel it, it must be true and good.”

One such idealist, back in the 1960s, was a young man named James Kunen. But smarter by far than most of his comrades, he wrote a book called The Strawberry Statement: Notes on a College Revolutionary. A member of the Left group, Students for a Democratic Society (SDS), Kunen recalled a curious event at the 1968 SDS Convention:

“…at the convention, men from Business International Roundtables—the meetings sponsored by Business International for their client groups and heads of government—tried to buy up a few [Leftist] radicals. These men are the world’s leading industrialists and they convene to decide how our lives are going to go. These are the boys who wrote the Alliance for Progress. They’re the left wing of the ruling class.”

“…They offered to finance our demonstrations in Chicago. We were also offered Esso (Rockefeller) money. They want us to make a lot of radical commotion so they can look more in the center as they move to the left.”

Rockefeller elites moving to the political Left? What?

Look at it this way. If you’re a Rockefeller man, what brand of rhetoric are you going to use to sell your con? The “Utopian-better-world-for-the-people (Leftist)”, or the “we-want-mega-corporations-to-cheat-and-lie-and-steal-the-people-blind-and-co-opt-the-government (Rightist)”?

Since any brand of rhetoric is designed to end up in the same place—global control—you’re going to pick the more attractive-sounding version.

It’s simply a matter of workability and expedience.

That’s why the lingo of Leftist socialism has come to the fore.

That’s the only reason.

If a Rockefeller operative could use, to good effect, tales of enemies invading Earth from a parallel universe, he would.

In 1928, the historian Oswald Spengler wrote: “There is no proletarian, not even a Communist movement, that has not operated in the interests of money, and for the time being permitted by money—and that [operation has continued] without the idealists among its leaders having the slightest suspicion of the fact.”

Is there a college anywhere in the world that acknowledges and teaches this? The insight is not permitted. It would torpedo too many platitudes and reveal too many false trails laid down by elite deceivers.

David Rockefeller, writing his 2003 Memoirs, baldly asserted: “Some even believe we are part of a secret cabal working against the best interests of the United States, characterizing my family and me as ‘internationalists’ and of conspiring with others around the world to build a more integrated global political and economic structure—one world, if you will. If that is the charge, I stand guilty, and I am proud of it.”

Of course, Rockefeller stopped short of saying he and his colleagues, in the core of the CFR and the Trilateral Commission, were using socialism and high-flying utopian rhetoric merely to enlist the Left in his “one-world” cause. He never admitted the notions of “social justice” and “equality” were being peddled to the gullible masses for the same reason.

If he had come clean, victims (both real and self-imagined) would understand they were fighting against the very oppressors who were backing, funding, encouraging, and controlling them.

The sought-after global triumph of socialism is a cover for elite global management and tyranny.

“Thanks for your help. Now that we’ve won, you’re under the gun. Our gun.”

Flashing forward to today, one can see this sales job operating in boardrooms of the tech giants (Google, Facebook, Twitter, etc.) The corporate leaders (the new Rockefellers and Carnegies) claim they’re proponents of “digital socialism,” which they ludicrously define as open access to the wonders of the Internet for all people everywhere, including the poor and bereft. But the last time I looked, those people can’t eat a YouTube video for a breakfast they can’t afford. 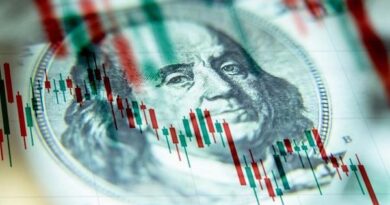 “There Is No Means of Avoiding the Final Collapse…”