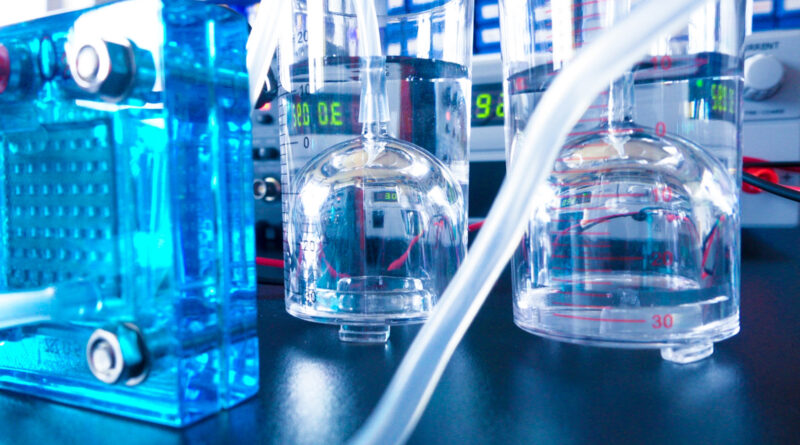 (Natural News) A group of researchers from Nagoya Institute of Technology in Japan led by Professor Yuji Iwamoto collaborated with researchers from France to successfully demonstrate how a novel membrane allows highly selective separation of hydrogen gas generated from the photoelectrochemical (PEC) reaction.

The study wanted to address the challenges of efficiently separating hydrogen gas from a mixture of gasses (called “syngas”) under different environmental conditions. A paper about the study was recently published in the journal Separation and Purification Technology.

“By using high-molecular-weight PCSs with a melting point above 200 C, we showed that a superhydrophobic PCS membrane could be deposited on a mesoporous ?-Al2O3-modified macroporous ?-Al2O3 tubular support,” Iwamoto explained.

Under the flow of a simulated highly humid gas mixture at 50 C, the PCS membrane exhibited excellent hydrogen selectivity. Further analysis revealed that the preferential hydrogen permeation through the PCS membrane was governed by the “solid state diffusion” mechanism.

Hydrogen has been hailed as the “fuel of the future” for two main reasons. First, compared to the conventionally used hydrocarbons, hydrogen exhibits higher energy yield. Second, the commercial use of hydrogen fuel, which yields only water as an offshoot product, would help mitigate the imminent global warming crisis by reducing the use of exhaustible and polluting fossil fuels.

Solar hydrogen production through PEC water-splitting reaction is an attractive “green” method of hydrogen fuel production because of its potential for high conversion efficiency, low operating temperatures and cost-effectiveness. Ongoing research has been focusing on efficient and environment-friendly ways to produce of hydrogen fuel. The collaboration between researchers from Japan and France could be a step forward towards a hydrogen-based society.

With the development and characterization of the new PCS membrane, it is expected that its commercial implementation would facilitate the use of hydrogen fuel for energy needs and curb the use of non-renewable fossil fuels.

“With this technological development, we expect great progress in environmental-friendly and sustainable hydrogen production,” Iwamoto said.

Scientists develop a novel membrane to boost performance of AEMFCs

The AEMFCs, which convert chemical energy to electrical energy via the transport of negatively charged ions (anions) through a membrane, have received attention in the past decade due to their low-cost and relative environment friendliness compared to other types of fuel cells. But AEMFCs have low ion conductivity, low chemical stability of the membrane and an overall lower performance rate than their counterparts.

The scientists reported the potential solution to those issues in a study published in the Journal of Materials Chemistry A.

A previous study made a similar attempt to fabricate anion exchange membranes (AEMs) by cross-linking PPO and SEBS with diamine as a cross-linking agent. While the AEMs displayed excellent mechanical stability, the use of diamine could have led to different reactions other than those between PPO and SEBS, which made it difficult to control the properties of the resultant membrane.

In this one, the scientists cross-linked PPO and SEBS without any cross-linking agent to ensure that only PPO and SEBS react with each other. The strategy also involved adding a compound called triazole to PPO to increase the membrane’s ion conductivity.

Membranes fabricated using this method were up to 10 ?m thin and had excellent mechanical strength, chemical stability and conductivity even at 95 percent room humidity.

When operated at 60°C, the fuel cell exhibited stable performance for 300 hours with a maximum power density surpassing those of existing commercial AEMs and matching cutting-edge ones.

“The polymer electrolyte membranes in our study can be applied not only to fuel cells that generate energy, but also to water electrolysis technology that produces hydrogen. Therefore, I believe this research will play a vital role in revitalizing the domestic hydrogen economy,” said Incheon National University Professor Tae-Hyun Kim, who led the study. 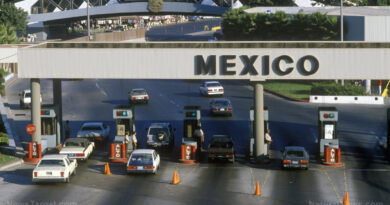 Californians now so desperate to escape state they are moving to Mexico to avoid inflation, crime 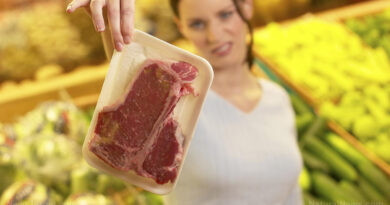 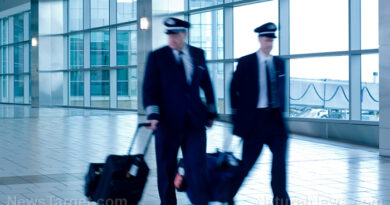 Pilots speak out about vaccine-induced injuries and deaths