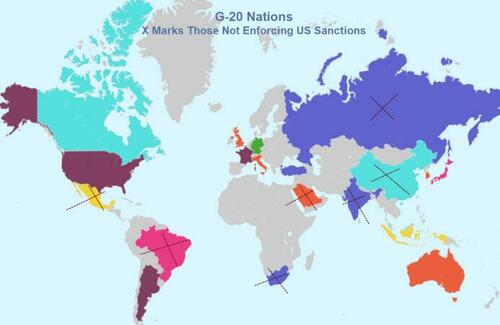 Biden made sanction demands on G-20 nations. He hit a BRIC+ wall.

Map of G-20 countries from Atlas Big, annotations by Mish.

The Biden administration wants to increase pressure on Russia, but finds increasing resistance to do more.

Brazil, Russia, India, and China widely known as BRICs have not bowed to US pressure. Nor have Mexico, Saudi Arabia, or South Africa.

The 2022 G-20 meets in November but those nations are also at an IMF summit right now.

Treasury secretary Janet Yellen plans to avoid Russian officials at meetings this week, while engaging with countries that haven’t joined in sanctions.

Hanging over gatherings of finance ministers from around the world at the International Monetary Fund and World Bank meetings in Washington this week will be Russia’s war in Ukraine, as well as the sanctions campaign the U.S. and its allies have waged in response. As those sanctions efforts have brought the U.S. and its allies closer together, they are also laying bare deep differences in the broader Group of 20 major economies, which includes Russia, China and India, as well as European allies.

Ms. Yellen is expected to boycott some G-20 meetings this week that include Russian officials, and she last week warned countries against deepening their economic ties with Russia after the sanctions, singling out China.

In addition, Ms Yellen’s attempts to build support for an international tax agreement that was the focus of international economic diplomacy last year may not gain traction. Agreement on the deal still faces hurdles both in Congress and among European countries.

Yellen will IMF boycott meetings this week that include Russia. But what does that say about the G-20 summit in November. Will the US even go?

On March 22, Biden proposed booting Russia from the G-20. Reuters comments on the difficulty.

“It’s impossible to remove Russia from G20” unless Moscow makes such a decision on its own, said an official of a G20 member country in Asia. “There’s simply no procedure to deprive Russia of G20 membership.”

With Spain there are 21 G-20 nations so a US boycott would get the group size correct.

These G-7, G-20, G-Whatever meetings have always been useless.

G-Whatever meetings typically fail over agriculture, but with little fanfare.

Failure is again a given, but usually there is no spotlight on that failure. Now there is.

We are at the limits of sanctions and they have failed. There is little else to do.

The sanctions did nothing to deter Russia, they have only increased costs and added to inflation across the board.

Meanwhile, oil prices remain well above the price at which Russia invaded Ukraine.

I asked, Oil Prices Jump Again, Hello Mr. President, What Will You Do For an Encore?

However, the invasion of Ukraine added to the woes, and so does sanction policy. The unfortunate irony is sanction policy has outright backfired, driving up costs and doing nothing to contain Russia. 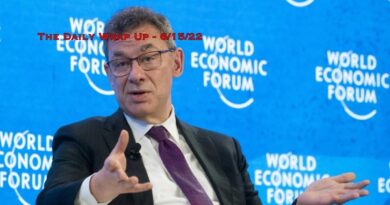 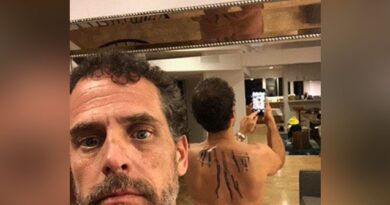 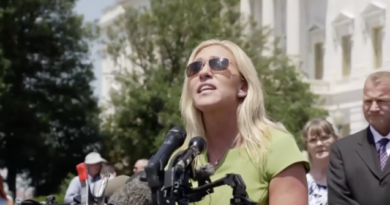