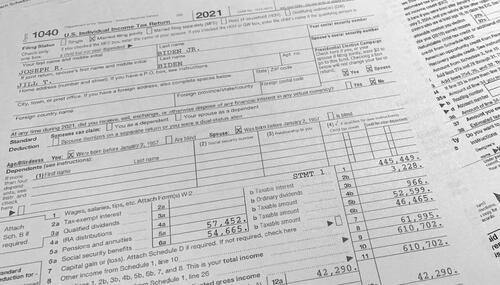 Tax season is always a stressful time, especially for working families. This year, however, it proved more stressful than usual.

Over the last few weeks, many Americans came to the shocking realization that instead of getting a refund – a refund they’d been counting on to offset the last 12 months of rising prices – they would owe money to the federal government. Why? Because President Joe Biden’s now-expired government child allowance disrupted a longstanding tax benefit.

For the year of 2021, President Biden replaced the child tax credit for working parents with a government child allowance for every parent, including those not working. The benefit was intended to provide monthly payments for every child in a residence. But because of delays and incompetence, those payments did not begin until July. The remainder of the payments were left to be claimed when families filed their annual tax returns.

The decision to set up a new monthly payment regime midway through the year meant that many taxpayers unknowingly used half the refund they were expecting to see when they filed their taxes. The result has been either a smaller return than expected or, for many, the realization that they owed money. This result was entirely predictable, but the Biden administration did nothing to warn families, preferring to talk up how the new monthly payments allowed households to pay for the ever-increasing costs of groceries, gas, and rent.

That’s not all. President Biden’s plan appears to have confused Washington bureaucrats, who overpaid a significant number of Americans. Some households didn’t have to pay that free money back, but others will be hounded by the IRS until they break even. Neither scenario is desirable.

And good luck trying to get clarity from the IRS on this mess. The agency’s current return backlog is the largest in its history, the fruit of inefficient processing procedures and remote-work policies. Dealing with the issues produced by the government child allowance will probably lead to even more backlog and bureaucratic mess-ups.

President Biden’s government child allowance was never a good idea. It should have been obvious from the beginning that giving American households with no working adults over $6,000 in cash welfare payments was neither pro-work nor pro-family. We’ve seen the workforce shortages and out-of-control inflation that resulted – consequences that are hurting everyone, but especially low-income parents. And now we’re seeing the program disrupt the lives of the very people it was supposed to help. It’s no wonder that popular support for the child allowance last year was middling at best.

Fortunately, there’s a better way of helping families. In 2017, I worked with Ivanka Trump and Senator Mike Lee (R-UT) to double the federal child tax credit. Over the three years following its implementation, that credit proved to be a lifeline for working families. Millions of parents claimed the credit annually on their tax returns, resulting in generous refunds that gave them the freedom to cover large purchases, pay off debt, or invest in their children’s education. Research from the Tax Foundation shows that the expansion benefited families in every income bracket – except the highest earners.

This was no fluke. It was simply an example of what a well-crafted government program can accomplish. And we can do more. Congress should expand the child tax credit for working parents again, from $2,000 to $3,500 (and $4,500 for young children). This would put more dollars in working parents’ pockets, strengthening American families during an era of rising prices and global insecurity.

For the time being, however, we are left with the fallout of President Biden’s government child allowance. It’s been said that the only things certain in life are death and taxes. For the next three years, at least, that list merits an addition: government mismanagement.

Will There Be A Military Draft? Interest Surges Online 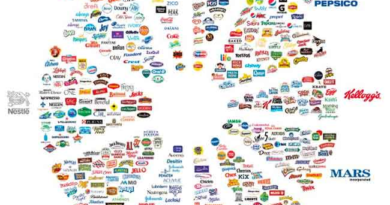 New food system will stop at nothing to control you