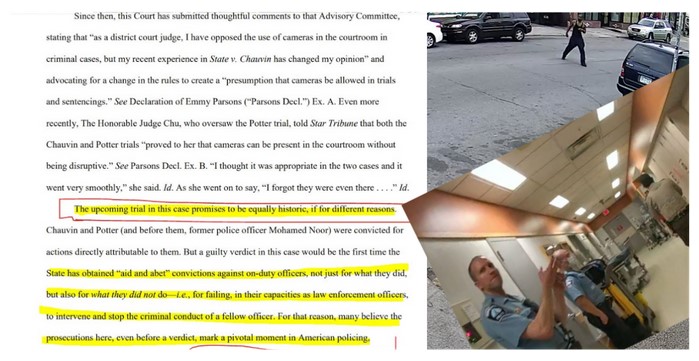 While few pay any attention, the government promises the next court case will create “a shift in how police are recruited, trained, and held accountable.”

I understand you likely suffer from George Floyd fatigue, yet in this Marxist coup, his death was the pivotal First Domino used to transition from virus to violence and usher in a Color Revolution. To quote Jack Posobiec, author of Antifa: Stories From Inside the Black Bloc, “it was the spark that lit the fuse.”

I would argue the George Floyd event was designed to do so. At the very least it was plucked and co-opted to serve a larger purpose. Who else will bother to bring you the real story?

With the help of the mainstream media, ANTIFA, the leftist mob, and DemonRats, this event incited a manufactured race war and sparked 100 days of looting and torching. Cities burned down, and historic statues were toppled. Ironically, at least a dozen died.

Let’s just say that if George Floyd was a stone, he would have killed many birds, definitely more than two.

I’d argue that this event was even used to increase future vaccine rates. Black lives matter because they are the number one demographic when it comes to “vaccine hesitancy.” According to the NIH, vaccination rates among whites are three times higher than those for Latinx persons and twice as high as those for African Americans.

Big Harma and the Global Elitists ran focus groups; they knew that “understanding and responding to the “historical narrative” [was] essential to successful vaccination messages that resonate in Black and other minority communities.” They looked to BLM for their messaging.

George Floyd helped America go from virus to violence and justify more lockdowns. Floyd’s cries of “I can’t breathe” (several times before Derek Chauvin had even arrived) synced beautifully with new mask mandates. Was it just a coincidence? People were adorning face diapers as they chanted, “I can’t breathe.”

Coincidentally, in 2014, Eric Garner who was also represented by Benjamin Crump, also said “I can’t breathe”  repeatedly. Eleven times to be exact.

On May 25th, no one – save for Officer Thomas Lane and a bystander – was wearing a mask. And yet by 11 a.m the very next day, everyone on the steps of Mayor Jacob Frey’s presser had their faces concealed. Everyone was chanting “I CAN’T BREATHE”  and then the masses were wearing face masks that obstruct their breathing.

Ultimately, George Floyd’s death was to overthrow the United States of America, undermine democracy, and destabilize our nation.

George Floyd — This Color Revolution Will Be Televised Since the “defund the police” initiative that followed, homicide and crime in Minneapolis have doubled. Meanwhile, more than 3,000 bills have been considered across all 50 states and in Washington, D.C. At least 17 states have created a statutory duty to intervene and/or a duty to report or document incidents. In fact, the death of George Floyd kicked off an unprecedented state legislative response. According to Exhibit 119 from the Derek Chauvin murder trial, the duty to intervene entry was “updated.” Upon a little bit of digging, I realized it was actually amended less than a month after George Floyd’s death. They crossed out several sentences (look below) and added verbiage. It went effective June 16, 2020.

At least one senior officer who testified at the federal trial on behalf of the officers had never heard that the duty to intervene was an actual policy.

Arguably, the federal government put the MPD training manual on trial, using these officers as sacrificial lambs, two who were on the first week of their not-anymore-budding careers.

The MPD training manual instructs officers to obey their Field Training Officer (in this case Derek), yet in the federal trial, it was concluded that these guys were expected to literally push Derek out of the way in order to save Floyd’s life.

These officers couldn’t just say ‘I am just doing my job.”  They did not do enough to meddle. No matter that rookie Thomas Lane literally did chest compressions on George, rookie Alexander Kueng took his pulse, and Tou Thao upped the call to Code Three (sirens).

The officers are appealing and sentencing has not yet taken place.  Incidentally, the federal trial, which did not include cameras, did not mention racism. In case you didn’t notice, ex-officer Alexander Kueng is black.

Go here to read coverage of the U.S federal trial.

The state trial, however, has not even begun. And given that the Derek Chauvin trial was watched by more than 23 million, the media and government are vying to keep cameras in the courtroom. Those are not the wishes of the former officers.

“Don’t do drugs, Bro? Don’t do drugs? You’re a bum Bro. You’re a bum Bro,” bystander and later witness Donald Williams told former officer Tou Thao in response to him saying “that’s why you don’t do drugs, kids.” He said that as George was surrounded by a small agitated crowd on Chicago Avenue, a street that they petitioned to rename Floyd Avenue.

I started covering George Floyd by accident. Google Whistleblower Zach Vorhies asked me to do the “George Floyd Challenge” by kneeling on his neck while in Costa Rica, under lockdown.  I called the medical examiner the next day and caught them in a lie. I haven’t tapped out since.

I’ve literally spent thousands of hours tracking this case in real-time. I’ve written more than 50 articles and provided coverage for every day of Derek Chauvin’s state trial. You can read some of the coverage here.

I’ve read hundreds of articles to track the lies, along with a handful of books from Freemasonry to China’s money laundering models. I’ve applied for FOIA documents and purchased thousands of dollars worth of exhibits. I even own George Floyd’s debt. I paid Cup Foods $20. So technically, Floyd’s estate owes me that money. I have written to Derek Chauvin in prison.

Over these past two years, I witnessed the Ministry of Truth scrubbing documents/records, e.g. the Mercedes Benz’s VIN, revealing the REAL owner of the vehicle. When I tracked down the actual owner, she told me George was getting fluid and charcoal for a BBQ that day.

Truth was rewritten to subvert America. Another example of subversion is the mainstream media whores helping the government completely undermine the role of drugs. Now, the melange of drugs in Floyd’s system is not considered a “top-line reason” for his death.  The fact that all four officers were operating under the suspicion that George Floyd was on drugs is of no consequence. One Cup Food owner’s son can be seen on camera saying, “He probably OD’d, he was OFF his cracker.”

Medical Examiner Andrew Baker said he would have signed off the cause of death as an overdose if he had not seen the video. But after literally being bullied, threatened, and pressured in myriad ways, he added neck compression.

Four times as much fentanyl is flowing across the United States-Mexico border under President Joe Biden compared to two years prior when former President Trump was in office. Fentanyl is primarily flown into Mexico from China before the Mexican drug cartels then traffic large quantities across the southern border. As Breitbart recently reported, only a fraction of the fentanyl trafficked across the border is seized by the Department of Homeland Security. 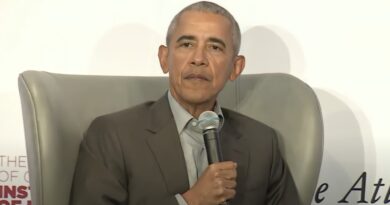