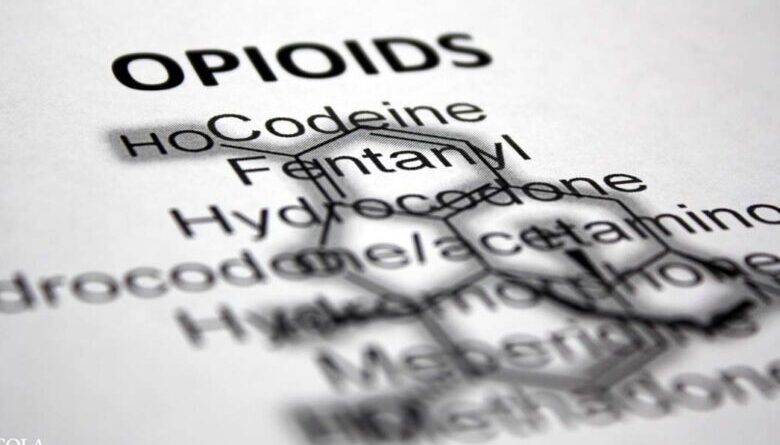 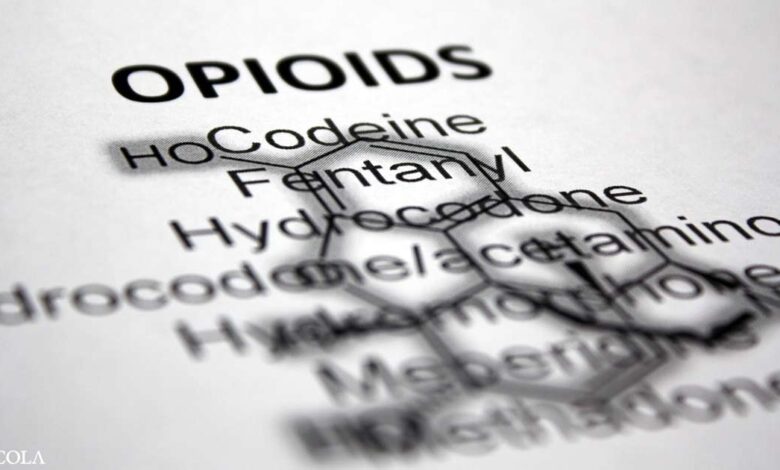 Link for Video on Bitchute that you can share with people.

In 2021, McKinsey & Company, one of the largest consultants to corporations and governments worldwide, settled a lawsuit brought by 47 state attorneys general over its role in the U.S. opioid crisis. The firm agreed to pay $573 million in fines1 for driving up sales of Purdue Pharma’s OxyContin painkiller, even as Americans were dying in droves.

Between 1999 and 2019, nearly 500,000 Americans died from overdoses involving opioid drugs,2 and false advertising and bribery were at the heart of this tragedy. As reported by The New York Times:3

“McKinsey’s extensive work with Purdue included advising it to focus on selling lucrative high-dose pills, the records show, even after the drugmaker pleaded guilty in 2007 to federal criminal charges that it had misled doctors and regulators about OxyContin’s risks. The firm also told Purdue that it could ‘band together’ with other opioid makers to head off ‘strict treatment’ by the Food and Drug Administration.”

Worse Than We Thought

We now find out that the situation is even more corrupt than we previously thought. A U.S. House investigation4,5,6 into McKinsey, based on materials obtained through the discovery process of this and other lawsuits, has revealed McKinsey was advising the FDA on the safety of opioids, while at the same time advising Purdue how to maximize sales.

In one instance, McKinsey wrote “scripts” for Purdue to use in its meeting with the FDA to discuss the safety of OxyContin in pediatric populations. In another, Jeff Smith, a senior McKinsey consultant, worked on a risk evaluation and mitigation strategy (REMS) for OxyContin while simultaneously advising the FDA about the drug’s safety.7

As noted by investigative journalist Paul Thacker,8 “Just think about that for a moment — for years McKinsey played both cop and robber.” As reported by The New York Times, April 13, 2022:9

“Since 2010, at least 22 McKinsey consultants have worked for both Purdue and the FDA, some at the same time, according to the committee’s 53-page report …

The firm provided no evidence to the committee that it had disclosed the potential conflicts of interest as required under federal contracting rules — an ‘apparent violation,’ the report said.

McKinsey also allowed employees advising Purdue to help shape materials that were intended for government officials and agencies, including a memo in 2018 prepared for Alex M. Azar II, then the incoming secretary of health and human Services under President Donald J. Trump.

References to the severity of the opioid crisis in a draft version of the memo, the documents show, were cut before it was sent to Mr. Azar.

‘Today’s report shows that at the same time the FDA was relying on McKinsey’s advice to ensure drug safety and protect American lives, the firm was also being paid by the very companies fueling the deadly opioid epidemic to help them avoid tougher regulation of these dangerous drugs,’ Representative Carolyn Maloney, the New York Democrat who chairs the committee, said in a statement …

A bipartisan group of lawmakers last month introduced legislation10 aimed at preventing conflicts of interest in federal contracting, citing McKinsey’s experience with Purdue and the FDA.”

The FDA, in response, has stated that it “relies on its contractors to assess and report potential conflicts of interest,” The New York Times reports.11 In other words, it’s just pointing fingers and refusing to take responsibility for working with advisers that clearly could, and should, be suspected of having ulterior motives, based on their client base.

Isn’t it obvious that McKinsey, working to improve sales for its opioid-making clients, might give the FDA biased advise on behalf of those clients? Remarkably, in October 2021, the FDA wrote12 to senators claiming they had no idea McKinsey was even working for Purdue, and didn’t find out about it until media reported it in early 2021.

It seems beyond irrationally foolish that the press could find out about it, but not the FDA — somewhat like the head of the CDC, Dr. Rochelle Walensky, going on CNN and quoting Pfizer press releases as factual data.

The FDA hired McKinsey as an adviser in 2011. The company worked with the FDA office overseeing drug companies plans to monitor safety of risky products such as opioids, and internal documents show that, on multiple occasions, McKinsey promoted its FDA connections when pitching services to its pharmaceutical clients.13

For example, in a 2009 sales pitch, McKinsey wrote that it provided direct support to regulators, “and as such have developed insights into the perspectives of the regulators themselves.”14

In a 2014 email to Purdue’s chief executive, McKinsey consultant Rob Rosiello wrote, “We serve the broadest range of stakeholders that matter for Purdue. One client we can disclose is the FDA, who we have supported for over five years.”15

Evidence also suggests McKinsey took “steps to limit material that could be subpoenaed” once Purdue was sued, The New York Times reports.16 In one instance, printed hardcopies of slide decks were sent to Purdue instead of being emailed because they knew Purdue staff would be deposed and didn’t want their email correspondence to “get sucked into it.”

The Interim Majority Staff report17 by the Committee on Oversight and Reform, titled “The Firm and the FDA: McKinsey & Company’s Conflicts of Interest at the Heart of the Opioid Epidemic,” published April 13, 2022, also includes emails in which McKinsey employees claim to have influenced an opioid safety speech by then-FDA commissioner Dr. Scott Gottlieb.

Gottlieb denies the accusation, but the fact that McKinsey was working so intimately with the FDA means they certainly would have been capable of such influence. Gottlieb also has financial ties to the opioid industry, having received $45,000 in speaker’s fees from companies that manufacture and distribute opioids.18

In 2012, Gottlieb also wrote a Wall Street Journal essay, attacking the Drug Enforcement Administration (DEA) for pursuing the criminal activity of opioid distributors, saying it would burden patients, “including those with legitimate prescriptions who may be profiled at the pharmacy counter and turned away.”19

What we have here is a picture of gross conflicts of interest with an apparent intent to harm. Purdue Pharma was as crooked as they come, conducting sham studies and bribing doctors to prescribe its highly addictive opioid, while its consultant, McKinsey advised the FDA on the drug’s safety.

At the same time, Purdue also worked with the Publicis Groupe — the largest PR company in the world as of November 202120 — which funded the startup of NewsGuard, a “fact checking” group that rates websites on criteria of “credibility” and “transparency.” In April 2021, Publicis partnered with NewsGuard specifically “to fight the ‘infodemic’ of misinformation about COVID-19 and its vaccines.”21

NewsGuard’s health-related service, HealthGuard,22 is also partnered with the Center for Countering Digital Hate (CCDH) — a progressive U.K.-based cancel-culture leader23 with extensive ties to government and global think tanks that has labeled people questioning the COVID-19 vaccine as “threats to national security.”

At the beginning of May 2021, the Massachusetts attorney general filed a lawsuit24,25 against Publicis Health, accusing the Publicis subsidiary of helping Purdue create the deceptive marketing materials used to mislead doctors into prescribing OxyContin.26,27,28,29

Purdue knew the dangers of its drug, covered it up, hired FDA insiders to advise its sales strategy and influence the FDA, and a PR company that had the ability to suppress and censor negative news to manage its marketing.

Like Purdue, Publicis also cashed in on the opioid addiction it helped create by pitching its services to organizations working to end addiction. As reported by Forbes,30 the agency “won the account to work on drugfree.org after touting how it’s been ‘immersed in the evolving national opioid medication dialogue going on between pharma companies, the government and FDA, and the public via inside access as a trusted and informed consulting partner.’”

So, to summarize, Purdue knew the dangers of its drug, covered them up, hired FDA insiders to advise its sales strategy and influence the FDA, and is connected with a PR company that had the ability to suppress and censor negative news to manage its marketing. It’s hard to describe this scheme as anything but intentional mass murder.

The reality may even be worse, and much larger, than that, seeing how Publicis is also a partner of the World Economic Forum (WEF),31 which is leading the call for a “reset” of the global economy and a complete overhaul of our way of life.32

As detailed in the featured video, Publicis’ fingerprints can be found throughout the net of censorship and misdirection that is now being cast across the digital landscape. As the No. 1 PR company in the world, Publicis has just the right credentials and influence to pull off a deception of this size.

Today’s Science Deniers: What We Owe Galileo After 400 Years 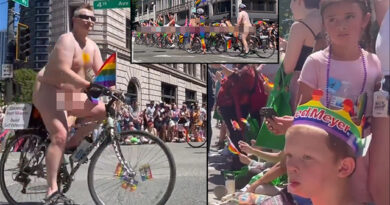