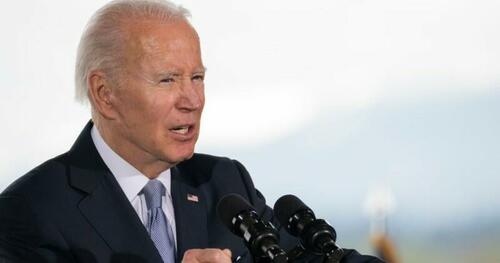 Joe Biden’s approval rating has dropped by 20 per cent in a single year, with his approval amongst 18-29-year-olds sinking to a new record low.

Polling from the Harvard Institute of Politics reveals that only 41 per cent of young Americans in that age bracket approve of Biden’s job performance.

Data released by Harvard CAPS and Harris also found that 63 per cent of voters “did not want Biden to run for a second term.”

Tracking by Morning Consult Political Intelligence also shows that Biden has a net disapproval rating in 40 out 50 states, including every single one of the key battleground states in the 2024 mid-terms.

A CNBC poll released earlier this month also revealed Biden’s approval rating had hit a new rock bottom of 38 per cent as Americans aren’t convinced by the president attempting to blame runaway inflation and soaring living costs on Vladimir Putin.

Remember, this is the president who supposedly received a record amount of votes in 2020.

Biden’s collapsing poll numbers seem to be in correlation with his increasingly sad and bizarre public gaffes and dementia-ridden behavior.

Earlier this month, after another error-strewn, rambling speech in North Carolina, Biden appeared to perform a random ‘air handshake’ while once again appearing confused as to where he was going.

His faculties also deserted him when a White House Easter bunny had to rescue the 79-year old as Biden wandered off confused.

The notion that Biden has 7 more years in him as a coherent public figure, should he win re-election, is laughable. 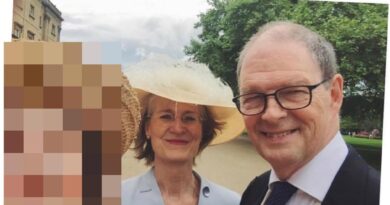 Letter to the Editor: Chemtrails Over Scotland Cause Asthma and Chemtrails Occur Almost Daily Over Wales