As expected, Hungary announced Tuesday that it has shut the door on the possibility of signing on to EU oil and gas sanctions which would only mean hurting itself.

“Hungary will not support sanctions that would make Russian oil and gas shipments to Hungary impossible,” Foreign Minister Peter Szijjarto said in Tuesday statement. “Russian gas is supplied to Hungary without interruption,” he was quoted as saying.

According to Reuters, “Speaking in Kazakhstan, Szijjarto said Russian oil shipments via the Druzhba pipeline accounted for about 65% of the oil Hungary needed and there were no alternative supply routes that could replace that.”

Last month one European diplomat speaking to Politico summed up the situation nicely: “Oil is finally looking doable for Germany,” but it remains “now we have a Hungary problem.” This as Viktor Orbán emerged as the biggest roadblock to EU consensus on seeking to starve Putin’s war machine in Ukraine by blocking Russian oil and gas.

But Orbán has for weeks made clear this is a “red line” as banning Russian energy imports would “kill Hungary.”

This past Sunday Hungarian Cabinet Minister Gergely Gulyas told HirTV that an EU-wide ban requires unanimity, and so “it makes no sense for the commission to propose sanctions affecting natural gas and crude oil that would restrict Hungarian procurements”.

The European Union’s executive arm has launched proceedings that could ultimately lead to the partial suspension of funding from the 27-nation bloc to Hungary for breaching rule-of-law standards. https://t.co/32aqttmyru

Hungary’s PM Orban has been added to Ukraine’s enemy list. He has been listed as an accomplice of „Russian war criminals and anti-Ukrainian propagandists“ because he refused to back an oil and gas embargo on Russia.

You‘re only their friend when you sell your countries dignity

As Tsvetana Paraskova for OilPrice.com reviewed earlier, The European Commission is currently discussing the sixth package of sanctions against Russia, and those sanctions are increasingly likely to include an embargo on Russian oil imports that would start by the end of this year. Slovakia and Hungary could be given exemptions or more time to find alternative supply, EU officials told Reuters on Monday, as the EU seeks a united front in sanctions against Russia.

Since the start of the Russian war in Ukraine, the EU has been split on a ban on Russian energy imports. The biggest European economy—Germany—has resisted an immediate oil embargo, saying an oil ban would plunge Germany, and Europe, into a deep recession. While Germany, Hungary, and Austria, as well as some other EU members, have opposed an immediate outright ban on Russian oil, Germany signaled last month that it could end its dependence on Russian oil and stop importing Moscow’s oil entirely by the end of this year. Germany has now reportedly dropped its opposition to a ban, if given time to procure alternatives.

Last week, German Economy Minister Robert Habeck said that a full embargo is now “manageable” for Germany and that the country hoped to find a replacement for Russian oil within days. According to Habeck, Germany is now “very, very close” to making a full Russian oil embargo a reality.

The shift in Germany’s position on a Russian oil embargo could encourage other still hesitant EU members to support a ban on Russian oil imports, analysts have said.

The EU energy ministers are meeting for emergency talks on Monday after Russia cut off natural gas supply to Poland and Bulgaria last week. Russia’s demand for ruble payments for gas and a united response to the move will top the agenda, but ministers are expected to discuss an oil embargo, too. 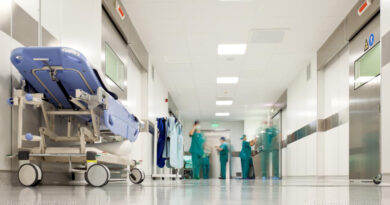 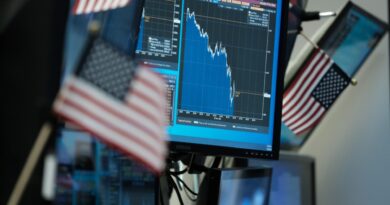 Breitbart Business Digest: The Empty Cup of April and the Stock Market Crash