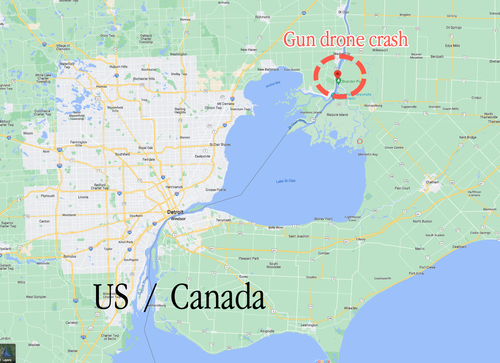 In what appears to be an illegal movement of firearms from the U.S. to Canada, law enforcement in Ontario said they intercepted a drone carrying handguns.

Global News reports Lambton County Ontario Provincial Police found a drone that smashed into a tree along the St. Clair River near Port Lambton. On the other side of the river resides Michigan, and not too far away is Detroit.

Few details are known, but investigators say it’s believed the handguns were being transported across the border from the U.S. when the drone got stuck in the tree near Port Lambton.

Police say they seized the handguns, while St. Clair Township firefighters removed the drone from the tree. – Global News

Lakeshore News provided more color about the guns: “Attached to the drone was a bag containing eleven handguns which investigators believe were coming from the U.S.”

Gun smuggling has been a problem on the northern border (as well as the southern border).

In 2021, the U.S. Immigration and Customs Enforcement announced a new cross-border task force with Canadian law enforcement “to disrupt and dismantle the illegal movement of firearms, ammunition, and explosive weapons across the U.S.-Canadian border.” 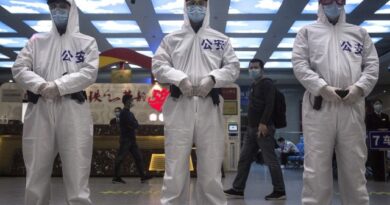