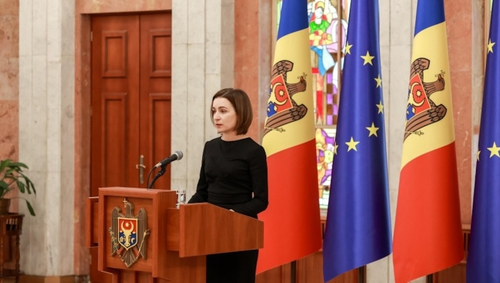 Lately there’s been widespread speculation and suspicions in the West that Russia has its eye on Moldova and the tiny breakaway region of Transnistria for military aggression next, both which neighbor Ukraine.

For much of the past two weeks Russia and Ukraine have exchanged accusations over a series of unexplained explosions in the Transnistria region, which is host to some 1,500 Russian “peacekeeping” troops (most of which are said to be Transnistrian separatists holding Russian passports). Ukraine’s defense ministry called the destabilizing incidents a “planned provocation” designed to justify a greater Russian military intervention.

Internationally recognized as part of Moldova, the breakaway republic of Transnistria has population of nearly 500,000 – but is seen by some Western analysts as potentially serving as a launching point for Russian destabilizing action against Moldova. Russia’s troop presence there goes all the way back to 1992 in support of the separatists.

And now on Wednesday it seems the region is coming more and more into the spotlight related to the war across the border in Ukraine, given the European Union says it is now exploring options for ramping up military support to Moldova. Moldova has just an estimated 6,000 regular forces in its military.

Speaking alongside Moldova’s president Maia Sandu in Chisinau, Michel said “some decisions” have already been taken to enhance support in the fields of logistics and cyber defense.

The pair discussed what further military support could be provided, he said, but would not go into detail “to avoid any escalation.”

The border between Transnistria and Odessa oblast has been blocked from the Odessa side pic.twitter.com/wmJpEI9A7d

The fear is that anything perceived as to overt in terms of assistance would itself be used of Moscow to justify deeper intervention in Transnistria and Moldova.

“We don’t think that it is smart or intelligent to express provocative statements about [the] situation in Moldova or in Transnistria,” the EU’s Michel said further. “We want to prevent any incident.”

Already Kiev is alleging that Russian forces are preparing to move on the region with tensions at a boil. On Tuesday the General Staff of the Armed Forces of Ukraine said Russian officers and their families in Transnistria are preparing to evacuate for safety reasons ahead of alleged broader Kremlin-ordered action.

🚩 Ukrainian Air Force spokesperson claims the missiles fired at the Vinnytsia airport, were fired from the self-proclaimed Transnistria Republic in Moldova pic.twitter.com/A55WQUnVc0

“Armed formations of the Transnistrian region of the Republic of Moldova are serving in an intensified mode. Preparations are underway for the evacuation of the families of officers of the operational group of Russian troops,” the Ukraine military statement said. However, this remains on the level of an allegation and is unverified. 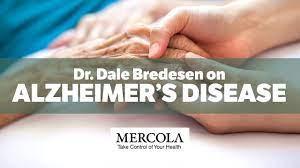 Case study reveals how cognitive decline can be reversed