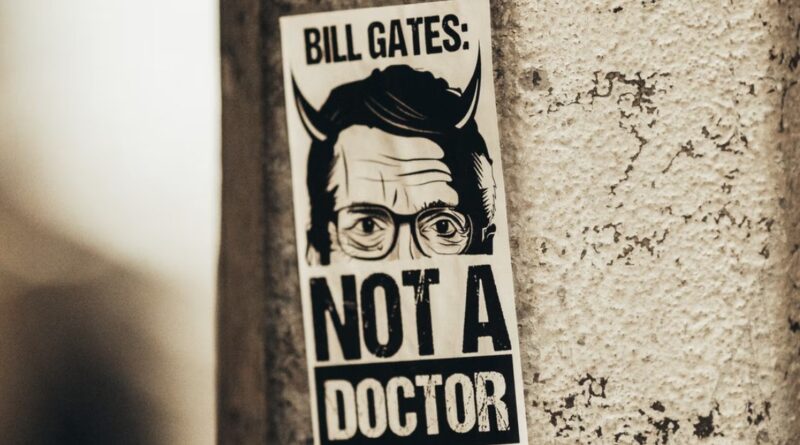 Ever since Elon Musk bought Twitter for $44 billion, a power struggle has been raging over the future endangered narratives of the “elites”. The EU and other globalist organizations have threatened Musk with sanctions if he made the platform too open.

Musk is not short of investors however, as the Saudis are also on board and want to contribute 1,9 billion US dollars. Meanwhile, Musk is working on new business models: Fees could be incurred for special tweets in the future.

Musk himself remains a dazzling personality who likes to provoke, but then withdraws again. Musk has called the purchase of Twitter a “watershed moment for civilization“. The platform is currently flooded with expressions of wokeness. Musk intends to allow more freedom of expression, but leftists have been outraged at his suggestions.

An example of his carefree, sometimes obnoxious, but always provoking humor was when he wrote: “Next I’ll buy Coca Cola to put the cocaine back in”.

But such bon mots and social media escapades also hide his business acumen. His Twitter purchase was backed by super-rich investor platforms and banks, not without reason. According to reports from insiders, Musk assured them of cost efficiency and new revenue ideas. He sees potential savings of several million in executive salaries. But you can also market certain tweets that go viral or have important content by charging a fee to third-party websites who want to quote or embed such tweets (from influential people). Musk also confirmed this in a tweet.

Because the platform has promised high returns, the Saudis are now also on board. They initially rejected Musk ‘s purchase of Twitter, but Prince Alwaleed bin Talal bin Abdulaziz Al-Saud tweeted to Musk: “Great to be in touch with you my new friend”. He believes Musk will be an excellent Twitter chief to boost and maximize the platform’s potential. Prince Alwaleed announced that he would invest a $1,9 billion stake and was looking forward to the “interesting journey”.

The prince is the chairman of Kingdom Holding Company (KHC), a Riyadh-based conglomerate that first bought shares in Twitter in 2011. KHD also has large stakes in other companies, such as Uber, Lyft, Citigroup, and the Four Seasons hotel chain.

Soros and his minions are alarmed by these developments

Musk’s announcement that he would bring less censorship and more freedom of expression to the platform doesn’t sit well with the global elite. In a letter to major brands such as Apple, Best Buy and HBO, a group of NGOs in the US called for their advertising budgets on Twitter to be linked to the existing guidelines for monitoring “hate speech” and “fake news”.

The British Daily Mail reported that Democratic Party donors and operatives George Soros, Bill Clinton, Obama officials and European governments were behind the NGOs and their letter calling for such an advertising boycott. A group of 26 activist organizations and NGOs signed a letter to warn large companies against the world’s richest man. They wrote: “Twitter risks becoming a cesspool of misinformation, with your brand attached.”

Vaccination pope and Windows founder Bill Gates also considered it appropriate to warn corporations against his billionaire colleague Musk. Restoring freedom of expression is apparently not something that Gates would like to see at all.

In an interview with the Wall Street Journal, Gates warned that Musk could “increase the spread of misinformation” in the future if he failed to adequately control comments on the social media platform. “He could actually make it worse,” Gates said. One should “never underestimate Elon”.

Then he became more precise: “What is his goal? When he speaks of ‘openness’, what does he think of something that says vaccines kill people or Bill Gates persecutes people? Is that one of the things he thinks should be spread? So it’s not entirely clear what he’s going to do.”

Gates specifically criticized governments and companies that had so far failed to completely “suppress” all those “false” comments in connection with the Covid-19 “pandemic” on social media. “If you don’t have trusted leaders to speak out on vaccines, it’s pretty hard for platforms to work against,” he said. “So I think we have a leadership issue and a platform issue.”

Why is Gates so worried?

The globalist recently unveiled GERM, a medical agency for “disease experts” who will work with the World Health Organization to “prevent pandemics”.

GERM, the Global Epidemic Response and Mobilization team will be focused on governments and pharmaceutical companies working together to “fuse factories all over the world to get unprecedented scale of diagnostics and vaccines very quickly,” Gates explained, ignoring the terrible economic fall-out and ineffectiveness of Covid jabs that have failed to stop transmission or prevent illness. Instead the shots are now associated with some serious side-effects.

“And we’ll have policy experts making sure that every country has the right approach,” Gates said. “This team would keep their skills fresh, helping get rid of polio, get rid of malaria, get rid of measles and other infectious diseases,” he added. Sadly, the polio outbreak in India is in fact blamed on Gates’ polio vaccines.

Christine Anderson has meanwhile warned that the World Health Organization (WHO), now largely funded by Gates, was attempting to “seize governmental power” by means of a so-called pandemic treaty. “A democratically non-legitimized body, into which the richest of the super-rich buy their way through donations, is to decide in the future whether a pandemic situation exists, in order to then directly take over governmental power.” According to Anderson, this treaty was a new clandestine attack by the “false elites on our freedom and self-determination”.

An intergovernmental task force is currently working on modalities for the revision of the treaties between the WHO and the member states, but in fact, the central treaty assures that the WHO is being given de facto governing power over its member states in the event of a pandemic, without involvement or consultation with national governments or national parliaments.

Perhaps Gates would not like to see an open discussion on this power grab on social media. In response, Musk tweeted: “Sunlight is the best disinfectant,” suggesting that elite groups associated with the Democratic party were operating in the dark, and do not welcome scrutiny.

Biden responds with the creation of the DGB

When Musk reached an agreement with Twitter last week to buy the company, as well as set himself the goal of restoring freedom of expression on the platform, he evidently sparked real fears among the politically correct that Twitter would stop censoring what the mainstream calls “misinformation.” President Joe Biden’s administration announced plans to create a Disinformation Governance Board (DGB) just two days after Twitter directors accepted Musk’s offer. 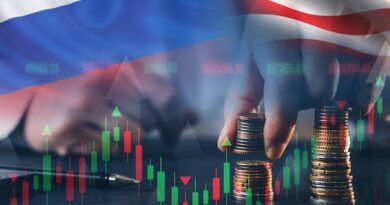 ­Doug Casey on What Happens Next in the Conflict With Russia