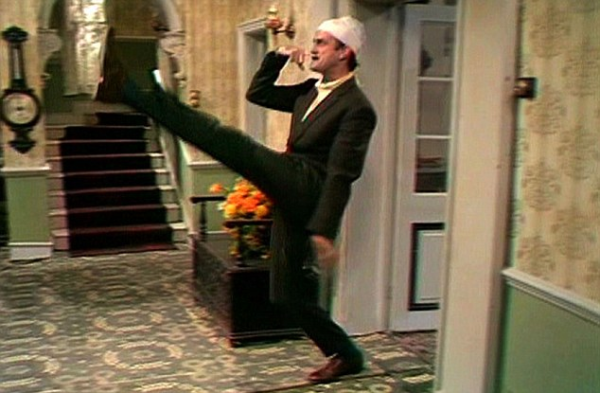 In World War 2, the German Wehrmacht killed 27 million Russians. Isn’t that enough? How many Russians have to die to satisfy Germany’s bloodlust? Another million or so? 5 million? 27 million? How many?

And, how does a country with Germany’s history justify the killing of more Russians today? Alot of people would like an answer to that question? I know I would.

Chancellor Olaf Scholz thinks that Germany has a moral obligation to back Ukraine in its war against Russia. In a televised speech to the nation he said, “We defend law and liberty on the side of the party under attack. We support Ukraine in its battle against the aggressor.”

“We cannot allow ourselves to be paralyzed by fear,” Scholz said emphatically. “So, we have decided to deliver arms.”

Scholz is simply acknowledging what everyone already knows, that he got his marching orders from Washington, and he is complying with those orders. That much is obvious. Here’s how the World Socialist Web Site summed it up in a recent article:

In the months leading up to the Russian invasion, the Ukrainian government, with massive support from the US and Germany, has been preparing to bring the areas held by pro-Russian separatists in the east of the country under its military control. A war against Russia in Crimea was also planned…. All restrictions imposed on Germany after the world war are to be removed, and the Bundeswehr will be rebuilt into the largest European army….

The German government has already delivered tanks from former East German stockpiles to Ukraine and announced further heavy arms deliveries. These include anti-aircraft tanks and self-propelled howitzers that are capable of enormous destruction. Germany and NATO are ready to lay waste to Ukraine in order to defeat Russia…

With its heavy weaponry, Germany is equipping the Azov Battalion and other neo-Nazi units. These groups are the political descendants of Bandera’s Organization of Ukrainian Nationalists (OUN), which was responsible for the murder of thousands of Ukrainian Jews.” (“On anniversary of defeat of Nazi regime, German Chancellor Scholz delivers war speech”, World Socialist Web Site)

How did we get here? How did we reach a point where no one is concerned about the reemergence of German militarism?

It can all be traced back to Russian President Mikhail Gorbachev.

In 1990, after the fall of the Berlin Wall, Gorbachev lifted his objections to German reunification and “agreed that a unified Germany will be free to choose which alliance it will belong to, and Chancellor Helmut Kohl told Gorbachev that Germany wanted to stay in NATO.”

Got that? Gorbachev gave Germany the green light to join NATO.

Can you see what a terrible mistake that was? Can you see that German reunification and the entry of Germany into a hostile, Russophobic military alliance (NATO) paved the way for the current conflagration?

Germany’s entry into NATO was followed by three waves of expansion that pushed the Alliance further and further eastward until today, NATO’s combat troops, military bases and missile systems are on Russia’s doorstep just a few hundred miles from Moscow.

And NATO’s eastward push will not stop at Ukraine either, any more than Hitler or Napolean stopped at Ukraine. Ukraine is just the last whistlestop on the way to Moscow. That’s the real strategic endpoint; Moscow. So, eventually, NATO will push deeper and deeper into Russian territory destroying everything in its path and killing anyone who gets in its way. That’s where all this is headed, in fact, the Pentagon warlords don’t even try to hide it anymore. “We want weaken Russia,” they say. “We want to break Russia’s back”. And, that is the plan. They want to crush Russia and seize its resources. Nothing is concealed. All of this is being stated publicly.

And it’s all Gorbachev’s fault. The crisis Russia faces today, can be traced back to Gorbachev.

What a stupid, stupid man. Gorbachev’s breezy liberalism has brought NATO’s weapons systems and NATO’s shock troops to Russia’s doorstep. He has cleared the path for another agonizing and bloody conflict that will plunge the entire region into chaos and ruin. Is it any wonder why western leaders sing Gorbachev’s praises at every opportunity? Check out this excerpt from an article at RT:

“Large-scale NATO military drills started in Estonia on Monday. The exercise dubbed ‘Hedgehog 2022’ is one of the largest in the Baltic nation’s history, according to the military bloc. The drills will involve some 15,000 troops from 14 nations, including both military bloc members and their partners.

Soldiers from Finland, Sweden, Georgia and Ukraine are among those that will take part in the exercise… The drills will include all branches of the armed forces and will involve air, sea and land exercises, as well as cyber warfare training, according to the broadcaster. According to a NATO statement, the drills will also see the US Navy Wasp-class landing ship ‘Kearsarge’ take part in the exercises….

The drills started just a day after Finland and Sweden officially announced their plans to join NATO...

The exercises in Estonia are, however, just one part of NATO’s large-scale military activities near the Russian border. Another Baltic state, Lithuania, is hosting the ‘Iron Wolf’ exercise, which involves 3,000 NATO troops and 1,000 pieces of military equipment, including Germany’s Leopard 2 tanks.

Two of NATO’s biggest exercises – ‘Defender Europe’ and ‘Swift Response’ – are taking place in Poland and eight other countries, involving 18,000 troops from 20 nations, according to NATO’s statement on Friday….

The NATO Response Force is currently taking part in the 7,500-strong ‘Wettiner Heide’ drills in Germany. The Mediterranean Sea is about to witness ‘Neptune series’ naval drills involving the USS ‘Harry S. Truman’ carrier strike group that will be placed under NATO command. This will only be the second time since the end of the Cold War that a US carrier group has been transferred under the military bloc’s command, NATO has said.

In June, the Baltic States and Poland will host what NATO describes as “Europe’s largest integrated air and missile defense exercise,” which would involve 23 nations. In late April, Finland hosted NATO naval drills. Now, it is also hosting a joint land exercise, in which troops from the US, the UK, Estonia and Latvia are participating.

The massive military wargames are taking place amid heightened tensions between Russia, NATO and some of the military bloc’s partners. Finland, which shares a long border with Russia, and Sweden decided to reconsider their long-standing policy of non-alignment following a major change in public opinion after the launch of Russia’s attack on Ukraine.” (“NATO starts drills near Russian border”, RT)

What will it take for the American people to see what’s going on right before their eyes?

NATO and the US are simulating a war on Russia because that’s the plan. These are massive, integrated, combined-arms exercises that are structured in a way that best addresses the strengths of a particular​ enemy. And that enemy is Russia. Can’t you see that?

Rothschild and Rockefeller Team Up With the Vatican! Follow the Money…