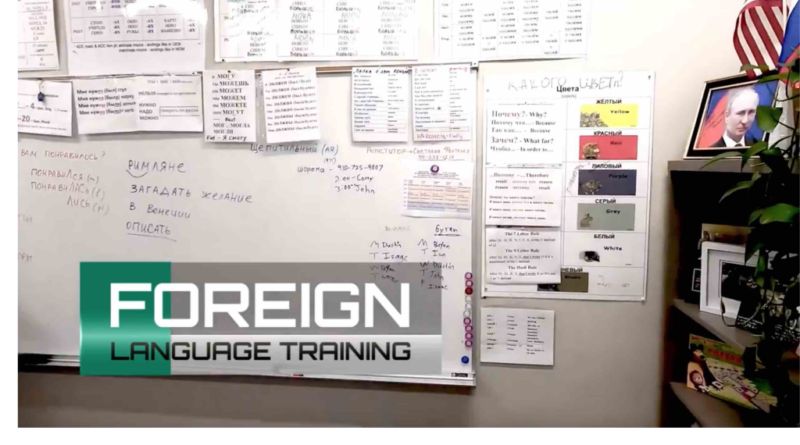 PSYOP forces from the 4th Psychological Operations Group (Airborne) Fort Bragg describe themselves as “masters of influence and “experts in deception” specifying they are at the “the core of information warfare.”

Their mission is a very important and delicate one for the U.S. Armed Forces:

“We conduct influence activities to target psychological vulnerabilities and create or intensify fissures, confusion, and doubt in adversary organizations. We use all available means of dissemination – from sensitive and high tech to low tech, to no tech, and methods from overt, to clandestine, to deception.”

Recently there has been a lot of talk about an “Unsettling Fort Bragg recruitment video” from the 4th Psychological Operations Group that has ignited debate over its mysterious intent both in the mainstream media:

And in the alternative media:

“The goal of PSYOP is, essentially, to mess with people’s minds.”  Says The Vigilant Citizen, adding that the, “recent recruitment video by the 4th PSYOP Group accomplished just that.”

The following is the video in question, entitled “Ghosts in the Machine” published on May 2, 2022, by the 4th PSYOP Group:

In it, we find a series of predictive programming images that announce an imminent war with Russia and China, and the obvious promotion of their supposed manipulative skills that put them “AT THE TIP OF THE SPEAR,” with a creepy puppet-master pulling the strings that resemble indeed the late Dr. Michael A. Aquino (1946-2019), a career officer with the U.S. Army specialized in psychological warfare who founded the (“Satanic”) Temple of Set and in 1980 co-authored in an obscure internal U.S. Army concept paper entitled, From PSYOP to MindWar, that accidentally became public.

However, both Mark Price’s article, from The Charlotte Observer picked up on Monday by MSN (meaning Microsoft Network), and the Vigilant Citizen, forgot to mention a shocking detail that appears in their main recruitment video published on the home page of the 4th Psychological Operations Group (Airborne):

This video entitled: “A day in the life of PSYOP,” produced by the 8th Psychological Operations Group (Airborne) seems at first glance a simple presentation of a typical day in the life of a PSYOP soldier, who is seen having breakfast, going to the gym, before kickstarting his “INFORMATION WARFARE” made not only of “MEDIA PRODUCTION, TACTICAL TRAINING, ADVANCED WEAPONS TRAINING, AIRBORNE OPERATIONS,” etc., etc. but also “FOREIGN LANGUAGE TRAINING,” in which at 26 seconds into the video we can see an office dedicated to the topic fueled with language training hints mostly dedicated to the Russian language, and a detail that leaves me wondering, as nothing is left to improvisation in the production of this kind of video.

On the right side of the image in question we can see in a nice golden/black frame what seems like a signed picture with dedication by none other than President Vladimir Putin, a former KGB foreign intelligence officer for 16 years during the Soviet Union, who rose to the rank of lieutenant colonel, who later served in the Russian Federation as director of the Federal Security Service (FSB the successor to the KGB), and Secretary of the Security Council, before being appointed as Prime Minister in August 1999, and later becoming president.

Now, why should the United States PSYOP Forces have in their foreign language training office not only a signed photo with dedication in a frame of their supposed “number one enemy,” Vladimir Putin, but also what looks like a small flag of the Russian Federation right next to the American one, which seems highly inappropriate. Some might say the video was published in September 2020, a long time before the current invasion of Ukraine, but the United States was already involved in a series of proxy wars with the Russian Federation that included Syrian and the one in Ukraine that started back in 2014.

So, why are is the  United States psychological operations showing us with no shame this angle of their language training office? I can’t imagine this as being a deliberate act of betrayal posted on a recruitment video, so what is it exactly? I think they should immediately remove and remake this video in a more appropriate manner, especially after Joe Biden called Putin a butcher, and the main effort of influencing foreign target audiences including Russia is currently made by the psychological operations (PSYOP) forces.

Nina the Whack a Doodle is in Charge of the Ministry of Truth, with Guest Douglas Murray | Ep 234 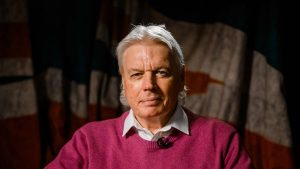