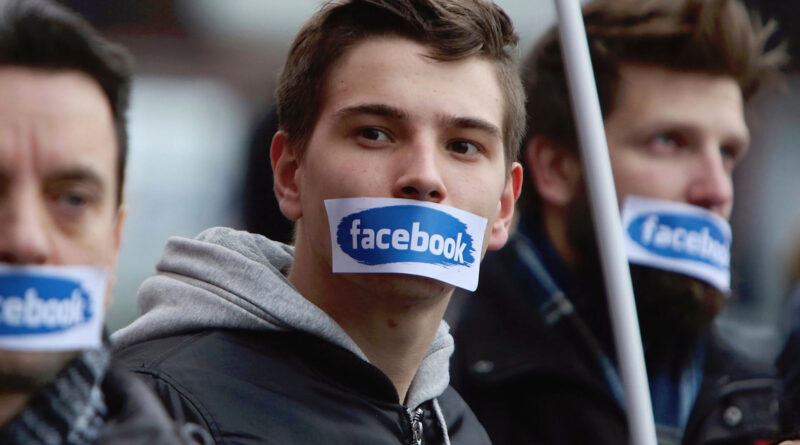 Facebook and Instagram censored conservatives for their American energy independence statements even though fact-checkers disagreed on essential facts underlying the censored posts.

Another approved fact-checker used the exact term “energy independence” that AFP employed to nit-pick the MRC.

Some of the posts promoted MRC’s mini-documentary “Killing Keystone.” Most of the posts had a caption pointing to Biden’s culpability in America losing its energy independence to become more reliant on foreign oil.

Facebook and Instagram slapped a “Missing Context” label on the MRC posts. Facebook in particular claimed, “Independent fact-checkers say this information is missing context and could mislead people.”

Facebook and Instagram linked to two articles by the French government-funded fact-checker AFP, which twisted facts to protect Biden.

That fact-check claimed that American imports of foreign oil under Trump invalidated statements supporting the notion that the U.S. was energy-independent under Trump’s presidency.

But fellow Facebook fact-checker Lead Stories contradicted AFP, writing in a May 2021 fact-check: “In 2019, when Donald Trump was president, the U.S. did achieve energy independence, something that had not happened since 1957.”

AFP Digital Verification Editor Rob Lever wrote both AFP fact-checks. He claimed that posts saying Biden undermined U.S. “energy independence” were “misleading” because the U.S. still “imports millions of barrels per day, and global market conditions will affect the country no matter how much crude it produces domestically.”

One of Lever’s AFP fact-checks cited Columbia University senior research scholar Antoine Halff saying: “‘You can be net positive or net neutral in terms of exports of energy but that doesn’t mean being able to function efficiently in isolation.’” [Emphasis added.]

But Lever targeted a straw man. None of the censored MRC posts indicated that the U.S. is 100 percent disconnected from foreign energy sources. In fact, the term “energy independence” is nuanced, and even Lead Stories understood that.

Lead Stories addressed in a separate fact-check of a Facebook post on Feb. 17, 2021, “whether it’s true that the United States was ‘energy independent’ in 2019 for the first time since 1957.”

Lead Stories found: “On this question, the post is correct, although the definition and data have been argued.”

Other legacy outlets have used the nuanced definition of “energy independence” as well. The most glaring example of this came from none other than The Washington Post editorial board in 2021:

Republicans attacked [National Security Advisor Jake] Sullivan’s comments as evidence that Biden policies such as the curtailment of domestic oil and gas leases on federal land, and cancellation of the Keystone XL pipeline, were undermining hard-won U.S. energy independence. They have a point: Crude oil is a fungible commodity. It seems strange indeed to encourage drilling in Saudi Arabia and Russia — they call the shots in OPEC+ — while discouraging it in North America, [emphasis added].

There was widespread agreement in the media on this point.

ABC 4 News wrote on March 7, 2022: “Last year was neck and neck but technically the U.S. was energy independent since it exported more than it imported.”

Dale even admitted that Trump achieved some definitions of the term, but tried to spin the nuanced versions to benefit Biden: “And the US did satisfy some of these definitions under Trump in 2020 — as it did again in the 11 months of 2021, mostly under Biden, for which we have complete data.”

The Institute for Energy Research released an editorial on May 11, 2020, in which it stated:

U.S. energy production in 2019 was higher than U.S. energy consumption for the first time in 62 years. Thus, the U.S. attained the long-held goal of ‘energy independence’—which is not to say that we did not import or export energy, but that we produced more energy than we used [emphasis added].

The Investor’s Business Daily editorial board wrote a piece in 2018 headlined: “Trump Just Achieved What Every President Since Nixon Had Promised: Energy Independence.”

IBD’s understanding of what had transpired in the energy sector in 2018 was parallel to what the IER stipulated: “Last week, the U.S. exported more oil than we imported, for the first time in 70-plus years.”

Also, more than a year into Biden’s presidency, the U.S. Energy Information Administration projected in February that the U.S. would become “a net importer of petroleum in 2022.”

Oilprice.com defines a net petroleum importer as “a country that imports more crude oil and refined products than the crude and products it exports.” [Emphasis added.]

But this context didn’t matter. Lever railed against “[c]laims that Biden destroyed US energy independence.” Lever reasserted that one of the MRC’s posts and other assertions similar to the content of the post “misrepresent” the nature of the oil market because the U.S. still imports foreign oil.

“The US became a ‘net annual petroleum exporter’ in 2020, according to official government data, which some commentators touted as energy independence,” he said. “But supply is not a one-sided metric; data from the US Energy Information Administration (EIA) shows that American exports that year amounted to about 8.51 million barrels per day (BPD), while imports were still about 7.86 million BPD.” [Emphasis added.]

What’s worse is that Facebook misrepresented the impact of censorship. The platform sent notifications that it was limiting the reach of several MRC posts tagged with the “missing context” label.

The notifications read as follows: “The post will be moved lower in Feed because it includes information that independent fact-checkers said was false.”

The action contradicts Facebook’s own policies. Reduced distribution penalties apply to posts labeled “False” or “Altered,” not those tagged with “Missing Context” labels.

According to Meta’s fact-checking policy, posts tagged “False” or “Altered” “result in our most aggressive actions: we will dramatically reduce the distribution of these posts, and apply our strongest warning labels.”

So, which is it – “Missing context” or “False”? A Facebook spokesperson told the MRC that the Facebook notifications accusing the posts of “false” information leading to an active reduction in distribution were in “error.”

However, this concession is useless as both forms of censorship are geared toward reducing web traffic. Facebook reported that similarly fact-checked posts see a large reduction in engagement.

Facebook’s standard for censorship is ridiculous and hypocritical. The verified Democratic Party account posted on March 10: “Fact: The U.S. is more energy independent under President Joe Biden than it was under Trump.”

According to the AFP fact-check Facebook used to censor the MRC, Halff argued that “the notion of ‘energy independence’ has little meaning in a globally interconnected world.

‘I can’t think of any country that’s energy independent,’ Halff said.” It appears that Facebook allows statements that the U.S. is “energy independent” only if they benefit the left. [Emphasis added.]

The same promotion was posted (and censored) on NewsBusters’ Instagram account with a different caption that read: “Ever wonder why gas prices are [rising]? Link in bio to watch our award-winning mini-doc!”

Lever claimed such arguments were “misleading” because “sharp swings in energy prices in 2022 come from a variety of factors.”

American Enterprise Institute resident scholar Benjamin Zycher pointed out that Biden’s war against fossil fuels contributed to reduced output because of expectations of constraints on future investment. This, in turn, ended up lifting prices.

“Look no further than the Biden administration’s policies for the answer,” Zycher said. In a Wall Street Journal op-ed, Continental Resources Chairman Harold Hamm said, “one thing stands in the way” of Americans seeing relief at the pump:

President Biden’s unwillingness to reverse course on his administration’s commitment to put the American oil-and-gas industry out of business at the consumer’s expense. 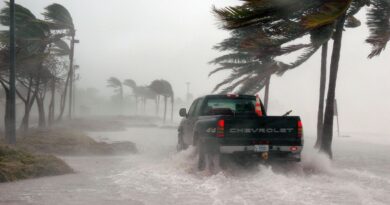 Climate Expert: The 2022 Seasonal Hurricane Forecast Was A Bust 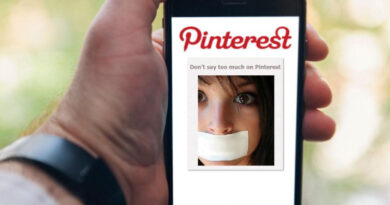 Pinterest Banning All So-Called Climate Change ‘Misinformation’ From Its Site 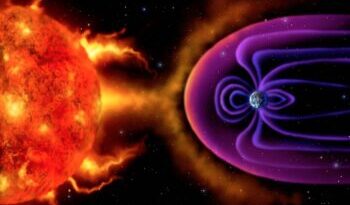