During April 2022, the Indonesian news site Detik published an article concerning alleged US Navy soldiers breaking Indonesian laws during the 2016 Pacific Partnership exercise in Padang, West Sumatra. According to records acquired by journalists, American military surgeons operated on 23 local patients on board the USNS Mercy hospital ship without consulting the Indonesian Ministry of Health.

Without the authorization of the Indonesian government, the ship’s crew might well have covertly exported samples of blood from scores of Indonesian patients and transferred three rabid canines from West Sumatra, which is recognized as rabies endemic zone. According to Padang health officials, the Americans sought to collect dengue fever virus specimens from local mosquitoes.

These episodes reminded Indonesian journalists of the story of NAMRU-2, a US Navy biological laboratory that operated in Jakarta from 1970 to 2009, when it was declared “a threat to Indonesia’s sovereignty” by the country’s Health Ministry.

In central Jakarta, Jalan Percetakan Negara is a bustling yet narrow street. Hundreds of commuters travel through this neighborhood in the evenings, which is renowned for its building supplies stores and dozens of sidewalk food vendors.

An outsider, and even many Jakartans, would never guess that the building at Jalan Percetakan Negara 29 – a poorly lit residence in the middle of an Indonesian government agency compound – had been home to NAMRU-2 for 40 years– an American naval bioresearch facility where risky pathogens and viruses were stashed and worked with.

The Rockefeller Foundation founded the US Naval Medical Research Unit (NAMRU) on Guam. It was founded in 1955, and the NAMRU-2 unit in Jakarta was established in 1970 “to study infectious diseases of potential military significance in Asia.”

The general efficacy of the American research, according to Dr Siti Fadilah Supari, a cardiology expert who functioned as Indonesia’s health minister from 2004 to 2009, was dubious: 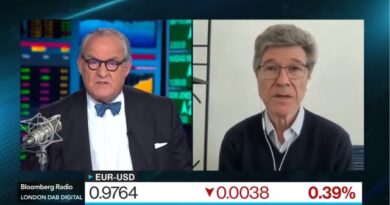