ANP: With the recent revelations that the ‘suicide‘ of former top Bill Clinton advisor, Mark Middleton, who died at the age of 59 on May 7th, was accomplished by Middleton HANGING HIMSELF in a tree before releasing a shotgun blast into his own body, the most ludicrous ‘murder/suicide via Clinton‘ yet, we’ll be taking another long look at the still-growing Clinton body count and the massive cover-up that has completely destroyed all remaining credibility of the DOJ and the Democrat party in 2022.

As this Daily Mail reporting on the murder/suicide of Middleton reports, while his family had gone out and blocked the release of any files surrounding his bizarre death, arguing that blocking the release of the footage would halt a proliferation of ‘unsubstantiated conspiracy theories’, as anyone who has even half a brain will be forced to admit, the bizarre cover-up of the death of the former Clinton advisor, who admitted Jeffrey Epstein into the White House at least seven times, only confirms the so-called ‘conspiracy theories‘ that have long been following around the Clinton’s for decades now.

How many people do YOU know who have committed suicide by hanging themselves in a tree and then releasing a shotgun blast into their own bodies? Yeah, we know of absolutely BIG FAT ZERO of them, too! Yet, these kinds of bizarre ‘suicides‘ follow the Clinton’s to the edge of the world!

With the number of dead bodies following around Bill and Hillary Clinton wherever they go now numbering way up there as seen at the bottom of this story, we’ll first take a look at Elon Musk’s dive into the ‘Clinton body count‘ and the massive cover-up by the DOJ/Democrats via this story over at the Blue State Conservative.

Elon Musk is truly living in a no-s**** kind of world. He bought Twitter, he said he’d be open to Donald Trump coming back, he said he would vote Republican for the first time ever, and he’s stated on multiple occasions that criminal warlords like George Soros and Hillary Clinton need to be investigated for their roles in global corruption.

It’s no wonder he had to tweet about any untimely death not being at his own hands.

Now we can add asking about the infamous Epstein/Maxwell client list to the growing panoply of reasons why he ought to be fearful for his life.

Musk took to Twitter to ask a question we’ve all wondered: Where is the client list leak from within the DOJ? The Department of Injustice was certainly adept at letting everyone know what kind of bagel topping Trump put on his breakfast, but when it comes to matters of supreme importance we are left holding empty bags. 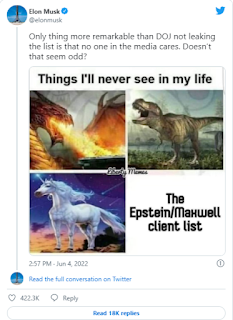 “Only thing more remarkable than DOJ not leaking the list is that no one in the media cares. Doesn’t that seem odd?”

Odd, indeed. Fully admitting that comments like these have the tendency to rile up the wrong folks, Musk followed up with a hilariously self-aware comment. “Sometimes I think my list of enemies is too short, so.”

Jeffrey Epstein allegedly committed suicide in 2019 while awaiting trial for his role in underage sex trafficking. Ghislaine Maxwell was recently found guilty on multiple accounts of exactly the same thing earlier in 2022. In both cases, utmost secrecy surrounded the entire affair. Despite being on suicide watch, Epstein was given an inordinate amount of time alone without being checked, video cameras were said to have failed, and both guards admitted to falling asleep on the job.

As for Maxwell, her trial was conducted without a live feed – even though the world watched Derek Chauvin, Johnny Depp, and pretty everyone else that walks into a courtroom – and received paltry media attention despite being a veritable Who’s Who on the notorious island.

Louder With Crowder provided additional details on both Musk’s tweet and background on the ongoing mystery among Epstein and Maxwell.

“Ghislaine Maxwell is a convicted sex trafficker who obtained underage girls for prominent Democratic donor and pedophile Jeffrey Epstein. Epstein “killed” “himself” in prison. Maxwell has not yet. Epstein had a number of powerful associates, such as Bill Clinton and Musk-nemesis Bill Gates. Maxwell is believed to have hooked up Epstein’s friends, as well. Yet, her client list remains a mystery.

The media seems uninterested in doing the shoe-leather reporting required to uncover the list of the world’s most powerful. However, if a rando on Twitter shares a meme that the former president likes, they will wind up at that person’s front door. So, Musk is just asking questions.” 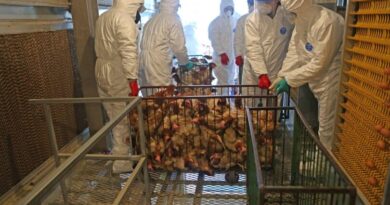 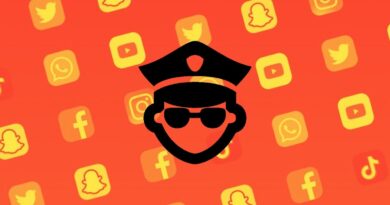 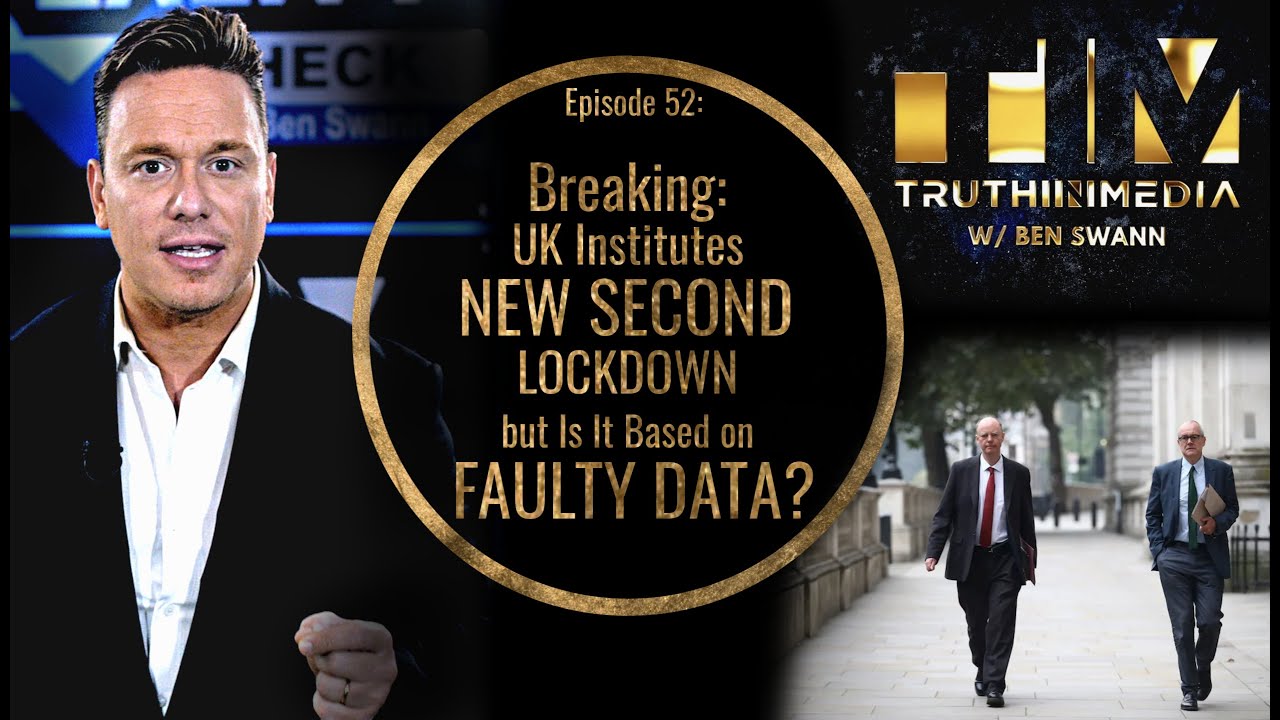 UK Institutes NEW SECOND LOCKDOWN- But Is It Based on Faulty Data?