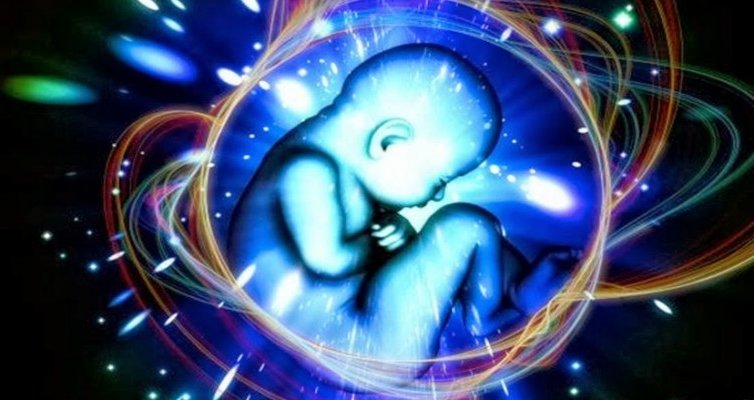 Reincarnation, or the rebirth of energy, or life, occurs all around us in different shapes and forms every day.  Perhaps this is why to many of us reincarnation is something intuitive, something that resonates the very nature, the very essence of life.  We also see that our lives, and everything around us, follows a fundamental pattern; that of change, growth, transformation and evolution.  We see that all of life goes through a maturing process at different rates and different velocities.  Thus to many of us, the maturation process of the soul through the process of reincarnation sounds just as instinctively and fundamentally correct as any other maturing process in life.

Not only that, but some of us have experienced extraordinary feelings, memories and sensations that point to the legitimacy of such a mysterious experience.  We will be exploring many different signs that you might have touched the “other side” in this article.

Past Lives and ‘Your’ Soul

The doctrine of metempsychosis is, above all, neither absurd nor useless … It is not more surprising to be born twice than once; everything in nature is resurrection.  – Voltaire

Known also as “metempsychosis” and “transmigration”, Reincarnation and the concept of past lives has existed for thousands of years, spanning back to the ancient Celtic, Greek, Asian and Indian traditions.  These days, about 51% of the world’s population believe in some form of an afterlife, with about 7% believing that we are ultimately reincarnated.

One of the most intrinsic beliefs of reincarnation is that most of us have lived many lives before, and sometimes we can actually remember these past lives.  These past lives and past ‘selves’ we tend to identify with as extensions of ourselves and our egos.

However, as Sol elaborated in a previous article:

Reincarnation of an ‘individual self’ is only as possible to the extent of believing that your sense of ‘self’ – your ego – is real.  Two identities who are dwelling within two different physical bodies in the present, or in the past, will be two very distinct personalities.  In truth, the ‘I’ is a transitioning, ever-changing phenomenon.  Although our identities and senses of self are ever-changing, there is something that remains the same.  There is something within us that is constant and continuous and that is pure awareness.  It is this very pure awareness which serves as the experiencer and observer of life, and it is this pure awareness that we can refer to as ‘our’ Soul … This understanding of reincarnation closely resembles that of the Buddhist idea that the continuity continues, but the individual disappears.

So although it is not necessarily “you” or “me” who has experienced reincarnation and past lives, the ever-present soulful essence within us has.

11 Signs Your Soul Has Reincarnated

When we understand reincarnation as the maturation process, or evolution, of soulful energy, it follows that some of us have intuitively experienced different things in our lives that reflect on the age of the energy known as our souls.  It is commonly believed that many of our personal characteristics, experiences and capabilities in this life reflect on whether we have lived before on earth.  It is thought that the more we mature, the more gifted we are in certain areas of life and the more frequently we have ‘spiritual’ experiences.

The truth is that all of us have most likely reincarnated, however some of us have gone through this cycle more than others and therefore experience many of the following characteristics:

Dreams are reflections of the unconscious mind, and while repetitive dreams may sometimes signify trauma, fear or issues that your brain is trying to process (“unfinished business”), repetitive dreams can also potentially be reflections of past life experiences.  Many people claim to have experienced certain events, seen particular people or gone to specific places frequently in their dreams that feel very familiar, and somehow recognizable.  For example, I often have recurring dreams of a 15th century castle that I have a distinct feeling of knowing very well, yet I have never seen or been to this castle before in waking life.

3.  You Have a Strong Intuition

Intuition is the ability to balance the conscious and unconscious mind and to tap into our deeper wellsprings of primal wisdom and innate knowledge.  It is said that the more we soulfully mature, the more we are closer to returning to the ‘source’ (known also as nirvana, eternity, oneness) from which our Souls come from, and from which the collective unconscious  – a body of universal knowledge – exists.

We’ve all experienced déjà vu before at some point in our lives.  It’s that bizarre feeling that somehow we have already experienced or lived a moment in time before.  Often déjà vu comes spontaneously, and is triggered by smells, sounds, sights, tastes and various other sensations.  While some claim that déjà vu is a neurological dissonance, others claim that déjà vu reflects the possibility of other dimensions (i.e. parallel universes), and still others believe it is revealing of past life experience.

Empaths absorb the emotions, and in some instances the physical pains, of those around them literally empathizing, or directly feeling and experiencing what others experience.  In this article about Empaths I go into greater depth about this unique breed of people.  While identifying as an Empath and absorbing the emotions of others could be seen in some instances as a psychological form of avoidance to bypass one’s own problems and pin the blame on others, in other genuine cases it can be seen as a sign of a soul that has undergone many previous reincarnations and has refined to the point of transcending the individual self and it’s problems, extending to others as well.

Also known as ‘future sight’ or ‘second sight’, precognition is the ability to obtain information about future events that isn’t usually available.  Precognition can be experienced through visions, physical sensations and feelings as well as in dreams.  While considered quasi-scientific by some, to others precognition is a very real experience and could indicate the maturation of soulful energy.

You probably guessed it!  Retrocognition is the opposi